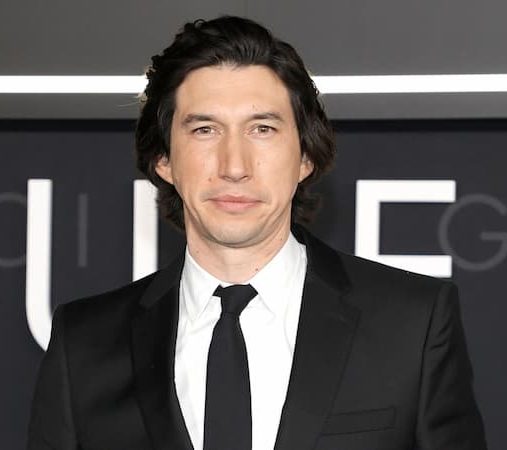 This article will answer every question you have about Adam Driver. Below are some of the frequently asked questions about him.

Who is Adam Driver?

Adam Driver (Adam Douglas Driver) is a famous American actor who has been awarded numerous awards including the Venice Film Festival Volpi Cup for Best Actor. He is regarded as one of the finest actors of his generation if not the best.

Adam began his broadway in 2010 in Mrs. Warren’s P profession. He subsequently appeared in the film Man and Boyin the year 2011. Additionally, he played a supporting role in the HBO comedy-drama series Girls from 2012-2017.

Driver co-founded a fight club with his friends through inspiration from fight club, a 1999 film. He worked as a salesman selling Kirby vacuum cleaners right after his high school education. Additionally, he served as a telemarketer for a basement waterproofing company and Ben Franklin Construction. Adam tried his luck by applying at the Juilliard School for drama but was unlucky.

Adam was enlisted in the United States Marine Corps after the September 11 attacks. He served in the military for two years and eight months as an 81mm mortar man in the Weapons Company, 1st Battalion, 1st Marines. After suffering a fracture while mountain biking, Adam was medically discharged with the rank of Lance Corporal.

How Old Is Adam Driver?

Adam was born in San Diego, California on 19th November 1983. He is 38 years of age as of 2021. Adam shares his birthday with celebrities such as Allison Jenney, Jodie Foster, Barry Jenkins, Ted Turner, Calvin Klein, Larsen Thompson, and Regina Genera, among others.

Who Are Adam Driver’s Parents?

Adam was born to his parents Nancy Wright and Joe Douglas Driver. Originally, Driver has Dutch, English, German, Irish, and Scottish ancestry. His mother is an Indian while his father has Arkansas ancestry. D river was raised by his stepfather Rodney G. Wright when he was seven years of age. His father is a minister at a Baptist church.

Does Adam Driver Have Siblings?

Adam grew up in a family of two siblings. He grew up with her sister, April Driver. He is the youngest in the family. The two siblings are known to have a close bond and they are seen from time to time taking photos together.

Adam’s mother moved to Mishawaka, Indiana, when Adam was only seven years old. He attended school there and graduated in 2001 from Mishawaka High School. During his teenage tenure, Adam participated in the Baptist church and was an active choir member. He describes his teenage years as a “misfit”.

Adam enrolled at the University of Indianapolis in the year 2005. He was considered a volatile and intimidating figure as he tried to adjust to the marine’s way of life. He graduated in 2009 with a Bachelor of Fine Arts.

Adam is a married family man. He met with his wife, Joanne Tucker at the university. The couple dated through their university tenure and tied knots in the year 2013. The couple resides in the Brooklyn Heights neighborhood of New York City.

Does Adam Driver have Children?

Adam is a proud father of one, a son whom they had managed to keep a secret for two years. However, Adam leads a private life and discloses less news about his family.

How Tall is Adam Driver?

Adding to his well-built body, Adam stands at 1.89 meters tall. He stands at a medium height.

Adam began his acting career in the year 2009 after his graduation in New York City. He made an appearance both in off-Broadway and Broadway productions. Additionally, he appeared in numerous short films and television shows.

Adam’s first tv role was in the final episode of The Unusuals, in 2009. He appeared as a repentant witness and reluctant accomplice to an unsolved assault. Adam began his film career in Clint Eastwood’s biographical drama film J. Edgar.

Adam appeared in the HBO comedy-drama series Girls in 2012 as the emotionally unstable Adam Sackler, Hannah Horvath’s boyfriend. As a result, Adam received three nominations for the Primetime Emmy Award for Outstanding Supporting Actor in a Comedy Series for his role. Additionally, Adam played supporting roles in Steven Spielberg’s historical drama Lincoln, and Lev Shapiro in Noah Baumbach’s comedy-drama Frances Ha as telegraph and cipher officer Samuel Beckwith. Adam had a starring role in the drama Not Waving But Drowning and the Gayby, a romantic comedy.

Adam made an appearance in the drama Bluebird and the romantic-comedy What If in 2013. He served a role as a musician in the Coen Brothers’ black comedy Inside Llewyn Davis, and photographer Rick Smolan in the drama Tracks. In the drama Hungry Hearts, Adam played a despairing father in Jude in 2014. Additionally, he played a role in Noah Baumbach’s comedy While We’re Young and Phillip, the black sheep of a dysfunctional Jewish family, in the comedy-drama This Is Where I Leave You.

Adam appeared in Star Wars: The Force Awakens as villain Kylo Ren in 2014. The film premiered on 18th December 2015 and hit commercial success. In 2017, Adamreprised the role in The Last Jedi, and in 2019, he appeared in The Rise of Skywalker. Peter Bradshaw of The Guardian highlighted Adam’sperformance in his review of The Force Awakens.
In Jeff Nichols’ sci-fi thriller Midnight Special, Adam played a supporting role in the film released on 18th March 2016. Additionally, he co-starred as Father Francisco Garupe, in Martin Scorsese’s drama Silence with Liam Neeson and Andrew Garfield. Adam played the role of the eponymous bus driver and poetry writer in Paterson, Jim Jarmusch’s drama film. Due to his role as the driver, he received numerous nominations for Best Actor such as the Los Angeles Film Critics Association Award for Best Actor from critics’ associations.

Adam made his third appearance in Noah Baumbach’s The Meyerowitz Stories in 2017 playing Randy. The film premiered on 13th October 2017 on Netflix. In a film Steven Soderbergh’s Logan Lucky released on 18th August 2017, Adam played Clyde, a one-armed Iraq War veteran. He played a role as a Jewish police detective, Phillip “Flip” Zimmerman in a film released on 10th August 2018. Adam received a nomination for the Academy Award for Best Actor in a Supporting Role and the Golden Globe Award for Best Supporting Actor. In The Man Who Killed Don Quixote, Adam played Toby Grummett in Terry Gilliam’s adventure-comedy film.

Adam played Daniel J. Jones in The Report, a Scott Z. Burns political drama in 2019. He played against Keri Russell on Broadway and played Pale in a Michael Mayer-directed production of Lanford Wilson’s Burn This. Due to his performance, he received a nomination for the Tony Award for Best Actor in a Play. Additionally, Adam took part in the ensemble cast of Jim Jarmusch’s zombie comedy film The Dead Don’t Die released on 14th June 2019. Alongside Scarlett Johansson, Adam starred in Noah Baumbach’s Marriage Story. He received a nomination for the Academy Award for Best Actor for his exclusive performance.

Adam appeared in the last episode of Last Week Tonight with John Oliver in 2020. Adam landed a starring role in 2021 in Annette, Leos Carax’s musical drama film. He additionally had a leading role in The Last Duel, Ridley Scott’s historical drama, and House of Gucci.

Due to his extinguished skills in acting, Adam is given a starring role in White Noise. Additionally, he is to star in 65 and Yankee Commandante. Adam was cast in Francis Ford Coppola’s film Megalopolis in May 2022.

Adam Driver’s Salary and Net Worth

As it is well-known, actors do not have a fixed salary, hence making it hard to determine Adam’s annual salary. However, he has accumulated a net worth of $16 million over the years from his acting career.

Adam Driver is a famous American actor who has been awarded numerous awards including the Venice Film Festival Volpi Cup for Best Actor.
0
Previous Post
Next Post