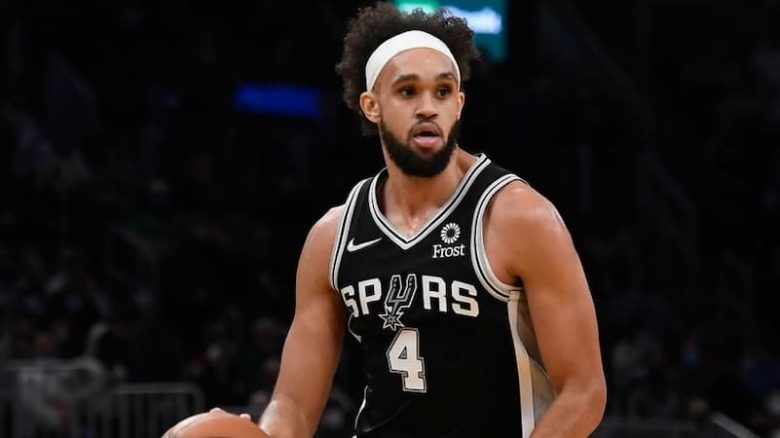 Who is Derrick White?

Derrick White is a famous American professional basketball player, who plays for the Boston Celtics of the National Basketball Association (NBA). White played three years of college basketball in Division II for the Colorado-Colorado Springs Mountain Lions prior to moving to the Division I Colorado Buffaloes for his final season.

White was a six-foot combo guard by the time he graduated from Legend High School in Parker, Colorado in 2012.

Derrick was lightly recruited out of high school, with no scholarship offers from any four-year institutions. By the time of his high school graduation which was two months prior to his 18th birthday, he was barely 6 feet tall, after growing two inches during his senior year. Jeff Culver was the only four-year school head coach who showed interest in White, he was then the head coach at the Denver campus of Johnson & Wales University. The university was a non-scholarship NAIA member well recognized for its culinary program. At the time White was getting ready to make his college decision, Jeff was hired as head coach at NCAA Division II Colorado-Colorado Springs. He then offered White a room and board stipend for his freshman season.

Culver was only expecting Derrick to become a starter late in his college career. Culver was aware that White’s father had a late growth spurt in college and also knew that doctors had projected White to potentially attain 6’5”. It turned out that White attained the potential height by the time he enrolled at Colorado-Colorado Springs. He became a star at UCCS with his newfound size and athleticism, starting every game of his three-year career. White left as the school’s career leader in points (1,912) and assists (343). He averaged 25.8 points, 7.3 rebounds, and 5.2 assists for the Mountain Lions in his junior season, leading the team to the 2015 NCAA Tournament. White was then named an All-American.

Transfer to Division I

After the season, White decided to transfer to Division I Colorado to play for Tad Boyle. He also went to test his skills in the Pac-12 Conference, one of the top college leagues in the country. White excelled in his lone season with the Buffaloes after sitting out the 2015-16 season per NCAA rules. He averaged 18.1 points, 4.1 rebounds, and 4.4 assists per game. White was named first-team All-Pac-12 and a member of the five-man All-Defensive Team.

How old is Derrick White?

Derrick White is aged 27 as of 2021, having been born on July 2, 1994, in Parker, Colorado, U.S. He shares his birthday with celebrities including

Who are Derrick White’s parents?

Does Derrick White have siblings?

White was born into a family of two children as the youngest. He has one older sibling, sister Brianna White.

White is presently not married but is engaged to his longtime girlfriend, Hannah Schneider. He recently proposed to her and she said yes. They then married in 2021, in a private wedding attended by his teammates Lonnie Walker IV and Drew Eubanks.

White and his sweetheart, and long-time lover Hannah do not have any children together for now.

Derrick was among 60 NBA prospects invited to the 2017 NBA Draft Combine. He was among the only 15 combine invitees who had not been Rivals top-150 prospects in high school. White was also one of only three who did not sign with Division I programs out of high school. According to Yahoo! Sports writer Jeff Eisenberg, he was also ”the only one who will use part of his first NBA contract to pay off student loans he accumulated paying for tuition at UCCS as a freshman.

White was drafted by the San Antonio Spurs with the 29th pick of the 2017 NBA draft. He was later inducted into the Spurs’ 2017 NBA Summer League roster and signed with the team on July 6. White made his NBA debut, coming off the bench in a 107-99 victory against the Minnesota Timberwolves on October 18, 2017. He was sent together with Davis Bertans to the Austin Spurs of the NBA G League on October 31, 2017.

During a G League game against the Texas Legends, White suffered a fractured right wrist. and was then recalled to San Antonio after several days. He scored a career-high 14 points together with 4 rebounds, 1 assist, and a block in a 93-109 defeat by the Houston Rockets on March 12, 2018.

White made his NBA playoffs debut, coming off the bench with 7 points, an assist, a steal, and a block in a 92-113 defeat by the Golden State Warriors in game 1 of the series on April 14, 2018. He was revealed to have a left plantar fascia tear on October 12, 2018. On November 7, he made his season debut recording one rebound and three assists in a 95-88 loss to the Miami Heat. White scored his career-high 22 points with 3 rebounds, 3 assists, 2 blocks, and a steal in a 120-111 victory against the Boston Celtics on December 31.

He then scored another career-high 23 points with 8 assists, 5 rebounds, 2 steals, and a block in a double-overtime 154-147 victory against the Oklahoma City Thunder on January 10, 2019.

On January 30, 2019, he recorded a then career-high 26 points against the Brooklyn Nets. He recorded another career-high of 36 points to give San Antonio a 2-1 lead in the first round of the 2019 playoffs against the Denver Nuggets on April 18, 2019. The San Antonio Spurs announced that they had signed him to a contract extension for the following four years worth $73M, on December 21, 2020.

White was traded to the Boston Celtics in exchange for Josh Richardson and Romeo Langford on February 10, 2022.

White was included in the US national team’s final roster for the 2019 FIBA Basketball World Cup on August 24, 2019.

American professional basketball player, White has been playing from 2017 to the present. He recently was traded to Boston Celtics from San Antonio Spurs in 2022. White joined the Boston Celtics receiving an undisclosed annual salary million and has garnered a net worth of approximately $2 million as of 2022.