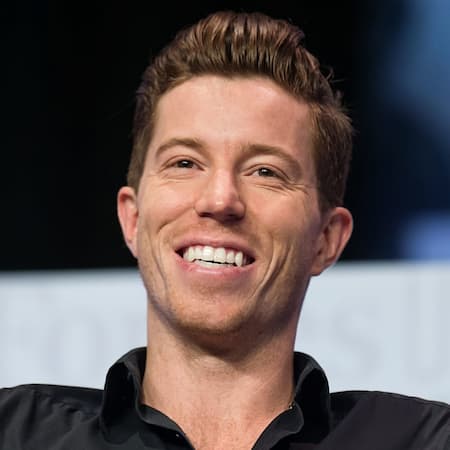 This article will answer every question you have about Shaun White. Below are some of the frequently asked questions about him.

Who is Shaun White?

Shaun is a three-time Olympic gold medalist in halfpipe snowboarding and a five-time Olympian. Throughout his career, he has won 10 ESPY Awards in various categories.
Shaun White’s Athletic Career in Skateboarding
Shaun’s skills drew admirers at an early age. Tony Hawk a professional skateboarder befriended white at the Encinitas, California, YMCA skate park. Tony mentored Shaun and helped him turn pro in skateboarding at the age of 16. Shaun was the first person to compete in and win both the Winter X Games and Summer in two different sports. He has also won many titles on his skateboard including the overall title of Action Sports Tour Champion.

How Old is Shaun White?

Who are Shaun White’s Parents?

White was born to Roger White (Father) who when Shaun was young, grew up surfing and he worked for the San Clemente, California water department. Cathy White Shaun’s mother was a waitress.

Does Shaun White have Siblings?

White is the youngest of three children, therefore he has two older siblings, a brother, and a sister. His eldest brother is Jesse White he is seven years older than Shaun White. Shaun also has an elder sister Kari White who is a year and a half older than Shaun.

White is not yet married but has been in various relationships including, Summer Spiro whom he dated from 2004 to 2008. He has also dated Arielle Vandenberg around June 2011. White also dated Bar Refaeli in 2012. He also dated Sarah Barthel in 2013 but they split after five years. Shaun is currently in a relationship with Nina Dobrev from May 28, 2020, through an Instagram post. Apart from Shaun’s relationships, he is also rumored to have had encounters with Andrea H, Lindsey Lohan in February 2006, and Elisha Cuthbert in February 2008.

White has no children but he is looking forward to having kids in the future. In case of any new news regarding Shaun’s children, we will update it here as soon as possible.

Shaun switched from Skiing to snowboarding at age six following his eldest brother Jesse White’s footsteps. White at the age of seven, received his first sponsorship. He has participated in five Winter Olympics in his career. Shaun won gold in the snowboard halfpipe event at 2006, 2010, and 2018 Winter Olympics.

White won gold at the 2006 Winter Olympics. In his first run in qualifications, he was almost out of competition scoring only 37.7. In the second run he recorded a score of 45.3 and in the finals a score of 46.8 to win.

At the 2008 U.S. Open Snowboarding Championships, white captured his third consecutive snowboard halfpipe title. White’s take for the event was a new Corvette, $100,000 (Global Open Champ), $20,000 (1st Place Halfpipe), and $90,000 (3rd Place Slopestyle). Shaun went ahead and produced his first video game “Shaun White Snowboarding” on November 16, 2008. His video game was the 20th best-selling game of December 2008 in the U.S.

Following White’s win on the 2009 SuperPipe at Winter X Games XIII, controversy followed. White had six hits in the pipe and started off his run with a big backside rodeo 540. On the other hand, Kevin Pearce had five hits in the pipe and he started his run with a big grab, although Pearce went bigger, he had fewer hits and his first hit wasn’t as technically difficult as Shaun’s first hit. A conclusion was made by Judges that White deserved the win as he had one more hit than Kevin and he started off with a more technical trick. Shaun also won the FIS World Cup Men’s Halfpipe event at Vancouver’s Cypress Mountain on February 14, 2009. His first finals run score of 47.3 was awarded the highest score ever in the FIS halfpipe.

After failing to reach the finals in Slopestyle, Shaun redeemed himself in the Superpipe. In the Winter X Games held in Aspen, Colorado, White won his fourth straight Gold.

Shaun became the first person in the history of the Winter X Games to score a perfect 100 at Winter X in the men’s Snowboard SuperPipe.

At the 2014 Winter Olympics, White finished fourth in the Halfpipe event. During the winter games, he was the trending Olympic athlete on Facebook.

While training for the 2018 Winter Olympics in New Zealand, Shaun crashed into the edge of a superpipe. The injuries to his face required 62 stitches. Despite the accident, he qualified for the 2018 U.S. Olympic team. Shaun won his third Olympic gold medal for the men’s Halfpipe event on February 14 with a score of 97.75. White’s gold medal was the 100th for the United States in the Winter

Since the age of seven, White has had a sponsor. Shaun’s corporate endorsement deals include or have included Park City Mountain Resort, Red Bull, Hewlett-Packard, Oakley Inc, Burton Snowboards, American Express, Adio, Birdhouse Skateboards, Ubisoft, and Target Corporation. White is also a brand ambassador for Krave Jerky. He has developed and as part of their partnership, Shaun has released his own flavors.

Shaun has made brief appearances as himself in the 2011 film “Friends with Benefits” the 2013 episode “Da Flippity Flop” of the animated TV series “American Dad and the 2014 Disney Channel Original Movie “Cloud 9”. Shaun has stirred in the 2005 snowboarding documentary “First Descent” and in the 2004 documentary “The White Album”. He also appeared as a snowboarding teacher for Bridget Marquardt, Kendra Wilkinson, and Holly Madison in the E! reality TV show “The Girls Next Door” in 2007. On January 16, 2011, White appeared on the episode “Extreme Makeover: Home Edition to help re-design an eight-year-old boy’s room. In 2018, Shaun appeared in the Nickelodeon TV Series Henry Danger in the episode Toon in for Danger.

In the electronic rock band Bad Things, White plays guitar. The band played at the 2013 Lollapalooza festival. White also appeared in the music video for “City of Angels” in October 2013 by Thirty Seconds to Mars.

In 2003, Shaun had his first published interview in TransWorld SNOWboarding Magazine. He was also one of the few pro snowboarders to be a guest editor of Snowboarder Magazine. In Tim Ferriss’ book “Tools of Titans, White has a chapter giving advice.

White has launched his own video game franchise as well as appeared in several video games. He released his own video game “Shaun White Snowboarding in 2008. White purchased a minority stake in Mammoth Resorts in early 2016, he is now a part-owner of the June Mountain, Bear Mountain, Snow Summit, and Mammoth Mountain ski areas where he got his start in snowboarding. In January 2022, White launched his own active lifestyle brand named “Whitespace”. The company will eventually release a line of snowboard hard goods, streetwear apparel, outerwear, and athletic equipment.

Shaun White’s Salary and Net Worth

White baing a professional skateboarder, he has an annual salary of around $10 million and a net worth of $ 65 million.