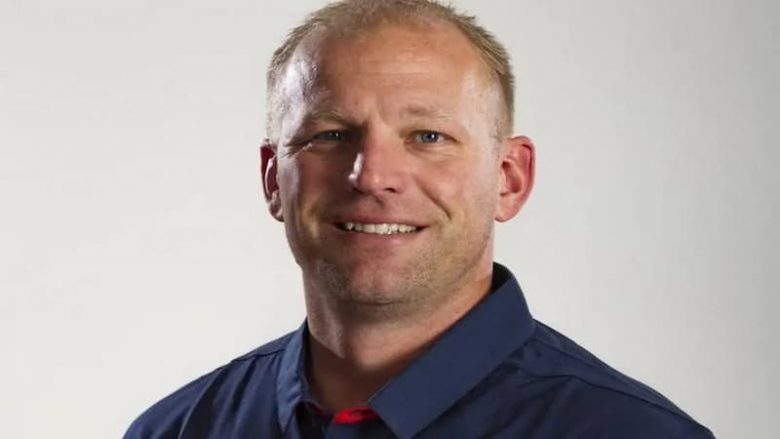 This article will answer every question you have about Kalen DeBoer. Below are some of the frequently asked questions about him.

Who is Kalen DeBoer?

Kalen Douglas DeBoer is an American professional notable football coach. He is the head coach at the University of Washington. From 2005 to 2009, he served as the head football coach at the University of Sioux Falls and then coached California State University, Fresno from 2020 to 2021. During his time at Sioux Falls, his teams won three NAIA Football National Championships in 2006, 2008, and 2009.

How Old Is Kalen DeBoer?

He is 47 years old as of September 2022, having been born on October 24, 1974, in Milbank, South Dakota, U.S. Kalen shares his birthdate with celebrities such as; PewDiePie, Drake, Chase Keith, Ameerah Navalua, Gabriel Conte, and many more.

Who are Kalen DeBoer Parents and Siblings?

His secretive nature has shown up in his life. He has managed to keep his family background very private. In case there is news regarding his parents and siblings we will update it here as soon as possible.

He received his high school education at Milbank High School. After high school, he attended The University of Sioux Falls. While there, he played wide receiver for the Sioux Falls Cougars from 1993 to 1996. He graduated in 1998 with a bachelor’s degree in secondary education.

He is married to the love of his life Nicole.

He and his wife Nicole have two kids. Two daughters by the name of Alexis and Avery.

After graduating from the University of Sioux Falls, he remained in the city of Sioux Falls, South Dakota where he became an assistant coach at Washington High School. After two years at Washington, he reunited with Bob Young and returned to his alma mater as an offensive coordinator. He held this position from 2000 to 2004. Following Young’s retirement, on December 1, 2004, Sioux Falls promoted DeBoer to head coach. As head coach at The University of Sioux, he had a record of 67-3 from 2005 to 2009. Moreover, he won three NAIA national championships in 2006, 2008, and 2009 and a runner-up appearance in 2007.

Two of his losses at Sioux Falls came in 2005 and 2007 at the hands of Mike Van Diest’s national title-winning Carroll Fighting Saints squads. From 2010 to 2013, he was the offensive coordinator at Southern Illinois under Dale Lennon. He held that same position from 2014 to 2016 at Eastern Michigan University under Chris Creighton. And also at Fresno State from 2017 to 2018 under Jeff Tedford and most recently at Indiana under Tom Allen in 2019. The latter, averaged 443.6 yards under Jalen thus ranking second in the Big Ten for the season. After his time at Indiana, he went on to be hired as the head coach at California State University, Fresno in 2020. The next year on November 29, he was hired as the head football coach at the University of Washington.

Kalen DeBoer Salary and Net Worth

He has a salary of $3.1 million and an estimated net worth of $5 million.