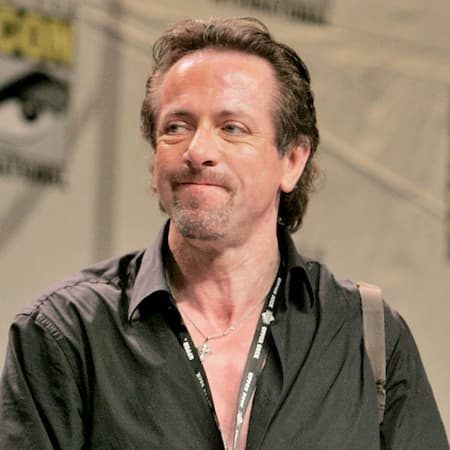 This article will answer every question you have about Clive Barker Below are some of the frequently asked questions about him.

Who is Clive Barker?

Clive Barker is a famous English novelist, playwright, author, film director, and visual artist who come to prominence in the mid-1980s with a series of short stories, the Books of Blood, which established him as a leading short horror writer adapted into films, notably the Hellraiser series, the 1st installment of which he also wrote and directed; and the Candyman series. He was also an executive producer of the film God and Monsters, which won an Academy Award for Best Adapted Screenplay.

His Paintings and illustrations have been shown in galleries in the United States, and have appeared in his books. Barker has also created characters and series for comic books, and some of his more popular horror stories have been featured in ongoing comics series.

His involvement in live theatre began while still in school productions of Voodoo and Inferno in 1967. He collaborated on 6 plays with Theatre of the Imagination in 1974 and 2 more that he was the sole writer of, in 1976 and 1977 A Clown’s Sodom and Day of the Dog, for The Mute Pantomime Theatre.

In 1978 he co-founded the avant-garde theatrical troupe The Dog Company with former school friends and up-and-coming actors. Many of them would go on to become key collaborators in his film work. Doug Bradly would take on the iconic role of Pinhead in the Hellraiser series.

While Peter Atkins would write the scripts for the 1st 3 Hellraiser sequela. Following the next 5 years, he would write 9 plays, often serving as director, such as some of his best stage productions. The History of The Devil, Frankenstein in Love, and The Secret Life of Cartoons. He also created 3 plays such as Crazyface, for the Cockpit Youth Theatre from 1982 to 1983. His theatrical work would go to a close as he shifted serious to writing the Books of Blood.

He is an author of horror and fantasy. Barker began writing horror early in his career, mostly in the form of short stories and the Faustian novel The Damnation Game in 1985. The Great and Secret Show in 1989 the world-spanning Imajica in 1991 and Sacrament in 1996.

How old is Clive Barker

Barker is currently 70 years old as of 2022, having been born on 5 October 1952 in Liverpool, England. He shared his birthday with famous people such as Barry Switzer, Benjamin L. Cardin, Brian Johnson, Colin Meloy, David Bryson, Guy Pearce, Heather Headley, and others.

Who are Clive Barker’s parents?

Barker was born to a painter and school welfare officer, Joan Rudy, and personnel director for an industrial relations firm, Leonard Barker.

Does Clive Barker have siblings?

Not much information is known about his siblings by the media.

He was educated at Dovedale Primary School, Quarry Bank High School, and the University of Liverpool, where he studied English and philosophy.

As of August 20, 1996, he said that he was in a relationship with older women as a teenager but identified himself as homosexual at the age of 18 and 19. From 1975 to 1986, he dated John Gregson. He dated photographer David Armstrong for 13 years, although they separated in 2009.

Barker is gay and has been linked to several relationships but does not have any children of his own to date.

When the Books of Blood was 1st published in the United States in paperback. Stephen King was quoted on the book covers. As influences on his writing, he lists William Blake, Herman Melville, Ray Bradbury, Edgar Allan Poe, Willam S. Burroughs and Jean Cocteau, and many more. He is the writer of the best-selling Abarat series.

He wrote the screenplay for Underworld 1n in 1985 and Rawhead Rea in 1986, both directed by George Pavlou. Displeased by how his material was handled, he moved to direct with Hellraiser in 1987, based on his novella The Hellbound Heart.

Following his film Nightbreed in 1990 flopped, he back to writing and directing Lord of IIIusions in 1995. The short story The Forbidden from his Book of Blood provided the basis for the 1992 film Candyman and its 3 sequels. He had been working on a series of film adaptations of his. The Abatet Quintet books are under The Walt Disney Company’s management. But due to creative differences, the project was canceled.

Variety reported that Clive he was developing a television series adaptation of various creepypastas in partnership with Warner Brothers, to be named Clive His Creepypastas. A feature arc based on Slender Man and Ben Drowned.

He was involved in a streaming service film adaptation of The Book of Blood in 2020 and is developing. A Nightbreed television series directed by Michael Dougherty and written by Josh Stolberg for SYFY. HBO was announced to be developing a Hellraiser television series that would serve as an elevated continuation and expansion of its mythology.

He is a prolific visual artist, often illustrating his own books. his paintings have been seen 1st on the cover of his official fan club magazine. Dread, published by Fantaco in the early 90s on the cover of the collections of his plays.

Incarnation in 1995 and Form of Heaven in 1996, and on the 2nd printing of the original British Alway and for the Adarat series. His artwork has been exhibited at Bert Green Fine Art in Los Angeles and Chicago. At the Bess Cutler Gallery in New York, and at La Luz De Jesus in Los Angeles.

More of his sketches and painting can be found in the collection Clive Barker. IIIustrator, published in 1990 by Arcana or Eclipse Books. And in Visions of Heaven and Hell, Published in 2005 by Rizzoli Books.

In 1993 he published his Razorline imprint via Marvel comics.

Barker horror adaptation and spin-offs in comics such as the Marvel or Epic Comics series Nighbreed, Hellraiser, Pinhead, the Harrowers Book of the Damned, and Jihad Eclipse Books series and graphic The Life of Death, Rawhead Rexovel, Dread, Son of Celluloid, Revelations, and The Yattering and Jack, and Dark Horse Comics’ Primal, and many more. Barker worked as a consultant and wrote issues of the Hellraiser anthology comic book.

IDW published a 3-issue adaptation of his children’s fantasy novel The Thief of Always, written and painted by Kris Oprisko and Gabriel Hernandez in 2005.

Idw is publishing a 12-issue adaptation of his novel The Great and Secret Show. Chris Ryall and Clive Barker announced an upcoming collaboration of an original comic book series. Torakator, to be published by IDW in December 2007.

IDW published Seduth, co-written by him in October 2009. The work was launched with 3 variant covers. Studios began publishing an original Hellraiser comic book series in 2011. Boom Studios announced Next Testament, the 1st original story by him to be published in comic book format in 2013.

A popular English novelist, playwright, author, film director, and visual artist who came to prominence in the mid-1980s with a series of short stories Barker has an estimated net worth of $12 million as of 2022.