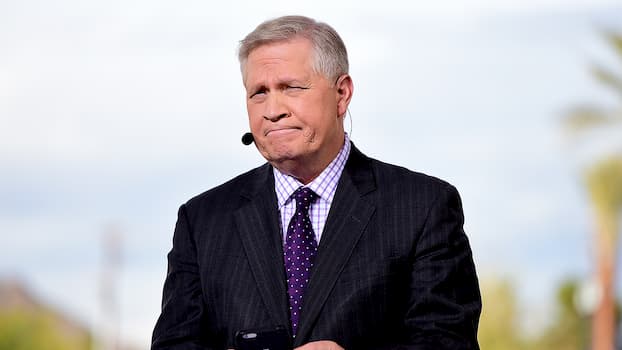 He says that his journalism career began once he realized that he no longer could compete in football, basketball, and baseball beyond high school. Chris had a goal of being a teacher and coach but he forsook it on realizing how competitive sports journalism could be. He has received 18 awards in journalism since starting his career with the Daily Breeze newspaper in Torrance, California in 1969. Mortensen won the National Headliner Award for Investigative Reporting in all categories in 1978. He then made a film on The Unreal Story of Professional Wrestling in 1999.

Chris worked at the Atlanta Journal-Constitution from 1983 to 1990. She filed investigative reports and covering the Atlanta Braves (1983–85), Atlanta Falcons (1985–86), and the NFL (1987–89). Mortensen was given the George Polk Award for his reporting, and he remains the sole sportswriter to receive the award since Red Smith in 1951.

Mortensen first appeared on ESPN in 1991 and he has ever since reported for the network’s Emmy Award-winning programs NFL GameDay/NFL Countdown/Sunday NFL Countdown and also the Outside the Lines series. Chris worked as an analyst for ESPN’s coverage of the NFL Draft.

Mortensen has not disclosed any information regarding her parents, and siblings.

Mortensen schooled at North Torrance High School in Torrance, California, and El Camino College. He later served two years in the Army during the Vietnam War.

Mortensen is married to Micki Mortensen with whom he has a son, Alex Mortensen. Alex is an American football coach and former quarterback. He serves as the wide receivers coach for the Birmingham Iron of the Alliance of American Football.

Mortensen reported erroneously on January 21, 2015, that 11 of the 12 footballs used in the AFC Championship Game on January 18, 2015, between the New England Patriots and the Indianapolis Colts were 2 pounds per square inch (PSI) under NFL regulation.

The Wells Report findings showed that only 1 of 22 readings (with each ball tested twice with different gauges except the intercepted ball) showed to be under by 2 PSI. The rest were in the range between 1.8 to 0.2 PSI below. Chris’ original story remained posted on ESPN as late as August 13, 2015, with no retraction, clarification, or apology despite being debunked in the Wells report.

He was to appear on WEEI’s Dennis and Callahan radio show on July 31, 2015, but canceled. According to WEEI, Chris stated he “will not allow WEEI, Patriots owner Robert Kraft or anybody to make me the centerpiece of a story that has been misreported far beyond anything I did in the first 48 hours.”

He was interviewed on ESPN’s Dan Le Batard Show regarding his controversial tweet about the under-inflated footballs on August 3, 2015. Shortly after, Chris deleted the tweet from Twitter, and as of August 27, 2015, he stands by his initial report.

Chris claimed on the Doug & Wolf Radio Show in Arizona on August 27 that Patriot’s Robert and Jonathan Kraft called him and apologized. Jonathan Kraft however rejected that claim and stated “We don’t blame the reporters, we blame their sources… We haven’t [apologized] and we have no need to. Our issue is with the people who were leaking misinformation.”

The American veteran journalist has been able to acquire an estimated net worth of $6 million through his wide career.

On January 15, 2016, the ESPN NFL insider was diagnosed with Stage IV throat cancer. Chris announced that he would consequently be taking a leave of absence from his on-air work at the cable network.

He announced that his health was better in September and that he would be resuming duties with ESPN. In November, doctors discovered that cancer had moved to his lungs. He has however said that the treatments are working and that the nodules on his lung are getting smaller.