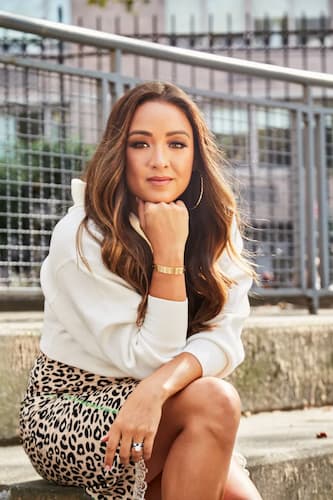 Cassidy joined ESPN in August 2010 as a studio anchor and host for college football, college basketball, and also the NBA on ESPN3. Hubbarth has also hosted other exclusive ESPN3 broadcasts such as the Georgia Pro Day, the Baylor Pro Day, and the Madden Bowl.

Cassidy was born the youngest of three children to Emmeline and Gerry Hubbarth.

She attended Illinois Evanston Township High School from where she graduated in 2003. There, she was a three-sport athlete for four years. She was also a part of the 2002 ETHS State Championship high school soccer team.

Hubbarth attended the University of Illinois for one year before receiving her Bachelor of Science degree from the Medill School of Journalism at Northwestern University.

The ESPN sportscaster stands at a height of 5 feet 8 inches.
Her other body features include: