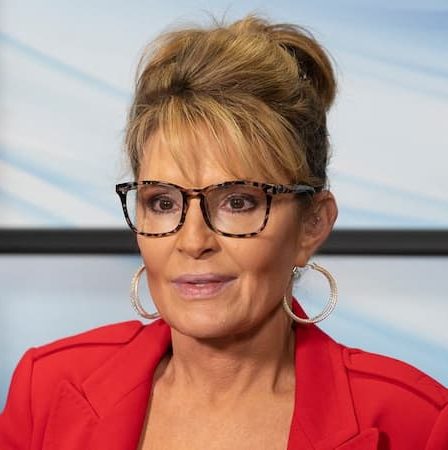 This article will answer every question you have about Sarah Palin. Below are some of the frequently asked questions about her.

Who is Sarah Palin?

Sarah Louise Palin Heath is an American well-known politician, commentator, author, and reality television personality who served as the 9th governor of Alaska from 2006 until her resignation in 2009. Moreover, she was the 2008 Republican vice presidential nominee alongside U.S. Senator John McCain.

In 1992, she was elected to the Wasilla city council and became mayor of Wasilla in 1996. After having an unsuccessful run for lieutenant governor, in 2003, she was appointed chair of the Alaska Oil and Gas Conservation Commission. At the age of 42 in 2006, she became the youngest person and the first woman to be elected governor of Alaska. However, immense legal fees incurred by both her and the state of Alaska from her fights against ethics investigations led to her resignation in 2009.

At the 2008 Republican National Convention, she was nominated for vice president shortly after her selection was announced by McCain’s campaign. Thus she was the first Republican nominee and the second female vice presidential nominee of a major party after Geraldine Ferraro in 1984. However, the McCain-Palin ticket subsequently lost the 2008 election to the Democratic Party’s then-U.S. Senators Barack Obama and Joe Biden.

In 2009, she resigned as governor and campaigned for the fiscally conservative Tea Party movement. Moreover, she has endorsed several candidates in political election cycles, such as Donald Trump in his 2016 run for president. And also has led a career as a television personality. From 2010 to 2015, she provided political commentary for Fox News. And from 2010 to 2011, she hosted TLC’s Sarah Palin’s Alaska and Amazing America with Sarah Palin on the Sportsmen Channel 2014 to 2015. Following the 2008 election, her personal memoir Going Rogue has sold more than one million copies.

On April 1, 2022, she announced that she would run in the special election for Alaska’s at-large congressional seat. This seat was vacated after the death of Representative Don Young. However, she lost to Democrat Mary Peltola who will complete Young’s unfinished term. Thus Sarah will face Mary again in the November general election for the same seat. Where the winner will serve a full two-year term.

How Old Is Sarah Palin?

She is 58 years old as of September 2022, having been born on February 11, 1964, in Sandpoint, Idaho, U.S. Sarah shares her birthdate with celebrities such as; Jennifer Aniston, Taylor Lautner, Roseanne Park, Khalid, Yung Miami, and many more.

Who are Sarah Palin’s Parents?

Does Sarah Palin have Siblings?

She has three siblings. Two sisters by the name Heather Bruce and Molly Heath McCann. And a brother by the name of Chuck Heath.

She received her high school education at Wasilla High School where she graduated in 1982. After graduating from high school, she enrolled at The University of Hawaii at Hilo but transferred to Hawaii Pacific University for a semester in the fall of 1982. Also, she enrolled at North Idaho College for the spring and fall semesters of 1983. Later, she transferred and enrolled at The University of Idaho for an academic year starting in August 1984. Next, she attended Matanuska-Sustina College in the beginning fall of 1985. She then returned to the University of Idaho in January 1986, where she received her bachelor’s degree in communications with an emphasis in journalism in May 1987.

According to news on the internet, it shows that she is currently single. However, she was married to Todd Palin (born on September 6, 1964) an American field oil production operator and commercial fisherman. They married in August 1988 but divorced on March 23, 2022.

A Career in the City Council

In 1992, she was elected to the Wasilla City Council after winning 530 votes to 310. Throughout her tenure on the city council and the rest of her political career. She has been a Republican since registering in 1982.

A Career as Mayor of Wasilla

In 1996, she ran for mayor of Wasilla where she defeated incumbent mayor John Stein 651 to 440 votes. In 1999, she ran for reelection against Stein and won 909 votes to 292. She went on to complete the second of the two consecutive three-year terms allowed by the city charter. In 1999, she was elected president of the Alaska Conference of Mayors.

A Career in State Politics

Due to the vacated seat, Sarah was said to be on the short list of appointees to Murkowski’s U.S. Senate seat. However, Murkowski ultimately appointed his daughter State Representative Lisa Murkowski as his successor in the Senate. But Sarah was offered jobs with Governor Murkowski. And in February 2003, she accepted an appointment to the Alaska Oil and Gas Conservation Commission. She went on to serve as one of three directors of “Ted Stevens Excellence in Public Service, Inc. from 2003 to June 2005.

A Career as Governor of Alaska

Running on a clean-government platform, in 2006, Srah defeated incumbent Governor Murkowski in the Republican gubernatorial primary. And her running mate was State Senator Sean Parnell. She continued her winning margin in the November election, by defeating former Democratic governor Tony Knowles 48.3% to 41%. Because of this win, she became the first Alaska female governor and at the age of 42 the youngest governor in Alaskan history. On December 4, 2006, she took office. That same year, she obtained a passport and in 2007 she traveled outside North America for the first time on a trip to Kuwait.

Sarah announced on July 3, 2009, that she would not run for reelection in the 2010 Alaska gubernatorial election and thus would resign before the end of the month. In her announcement, she stated that since August 2008, both she and the state had been spending an “insane amount of time and money ($2.5 million). Sean Parnell (lieutenant governor) said that Sarah’s decision to resign was driven by the high cost of legal fees against ethics investigations. New rules governing Alaska executive branch ethics stemming from Srah’s tenure as governor took effect in December 2010. “These include allowing for the state to pay legal costs for officials cleared of ethics violations; (and) allowing for a family member of the governor or lieutenant governor to travel at state cost in certain circumstances …

A Career in the 2008 Vice Presidential Campaign

In the summer of 2007, several conservative commentators met Sarah. And some of them such as Bill Kristol later urged McCain to pick Sarah as his vice presidential running mate arguing that her presence would provide a boost among the Republican Right wing of the Republican Party. Sarah then visited McCain’s vacation home near Sedona, Arizona on August 27, where she was offered the position of vice-presidential candidate. In Dayton, Ohio, McCain announced that he had chosen Sarah as his running mate on August 29. This made her the first Alaskan and the second woman to run on a major U.S party ticket. On November 4, the election took place and Obama was projected as the winner at 11:00 PM EST.

A Career in the 2014 Alaks Gubernatorial election endorsement

She endorsed the “unity ticket” of Independent Bill Walker and Democrat Byron Mallot in the 2014 Alaska gubernatorial election in October 2014. The election ran against her successor and former lieutenant governor, Sean Parnell. In the November 2014 election, Walker and Mallot the governorship with 48.1% of the vote versus 45.9% for the Republican ticket.

A Career in the 2016 Presidential election endorsement

Sarah announced in January 2016 her endorsement of Donald Trump. In a May 2016 interview with CNN’s Jake Tapper, she said she would work to defeat Republican Speaker of the House Paul Ryan.

A Career in the 2022 House of Representatives Candidacy

After the death of Alaska’s at-large congressman Don Young, Sarah announced her candidacy in the 2022 special election for the vacated congressional seat. She then hinted at a possible Senate bid in August 2021, thus challenging incumbent Republican seat Lisa Murkowski. However, two days later on April 3, 2022, she announced her congressional bid. Former president Donald Trump endorsed her run for the House of Representatives. In 2022 Alaska’s at-large congressional district, she is one of the three remaining 50 initial candidates. But Al Gross (an independent candidate) dropped out of the top four. And thus left two Republicans remaining Sarah and Nick Begich III along with Democratic ex-state house member Mary Peltola.

Sarah Palin’s Salary and Net Worth

She has a salary of $1 million and a net worth of $8 million.