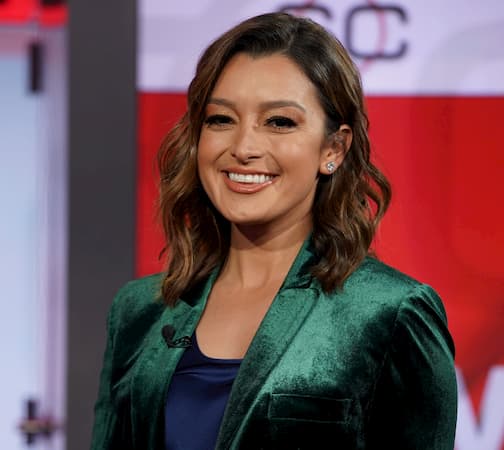 Antonietta Collins is a Mexican-American sportscaster born on November 22, 1985, in California, USA.

Collins first secured a job as a production assistant at Univision in Miami. This gave her the chance to collaborate with producers of national programs such as Nuestra Belleza Latina, Premios Lo Nuestro, Premios Juventud, and Primer Impacto. She was hired as a sports reporter at the CBS affiliate in St. Petersburg.

Antonietta joined the Spanish channel KNVO TV 48 Univision and Fox2 News in 2009 as a news reporter. She was a reporter for the 5 p.m news covering stories on immigration and drug-trafficking on both sides of the Texas-Mexico border. She was also a fill-in as a sports and weather anchor.

Antonietta was born to María Antonieta Collins, an award-winning TV reporter, and author. Maria is the best seller author of seven books (one as co-author), winner of four Emmy Awards, and also the Edward Murrow Award.

Antonietta has a stepfather Fabio Fajard whom her mother married when she was young. Fajard died of kidney cancer in 2006. She is believed to have an older sister who lives in Canton, Ohio.

Collins keeps her personal life very private, there are no reports regarding her sexuality or relationships. She seems to be more focused on her career than anything else.

Collins joined ESPN in September 2013 as a member of the digital media team anchoring news and analyzing video segments in every sports category. Her job description eventually increased to involve enterprise reporting and interviews for features. She guest-hosted ‘Baseball Tonight,’ and also hosted the Spanish show ‘One Nación’ on ESPN Deportes.

She later joined the revamped morning line-up of Sportscenter in February 2016.

Her salary is not yet disclosed. This shall be updated as soon as there is available information.