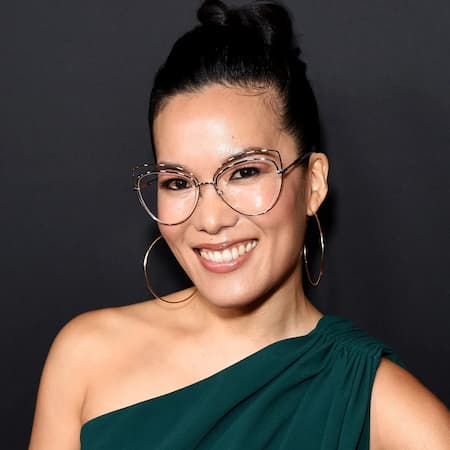 This article will answer every question you have about Ali Wong. Below are some of the frequently asked questions about her.

Who is Ali Wong?

Wong is famous for her Netflix stand-up specials Hard Knock Wife and Baby Cobra. She is also known for producing and acting in the 2019 film Always Be My Maybe. Ali was included in Time’s 100 Most Influential People of 2020.

How Old is Ali Wong?

Wong is 39 years old as of February 2022 having been born on April 19, 1982, in San Francisco, California, U.S. Wong shares her birthdate with celebrities such as Loren Gray, Jeremy Hutchins, Jordan Beckham, Nadia Turner, Brooke Ashley Hall, and many more.

Who are Ali Wong’s Parents?

Ali was born to Adolphus Wong (Father) he was a Chinese-American anesthesiologist and he worked for Kaiser Permanente for 30 years. And Tam “Tammy” Wong (Mother) was a social worker who immigrated to the U.S in 1960 from Hue, South Vietnam.

Does Ali Wong have any Siblings?

Ali has three siblings, a brother, and two sisters. Her brother Andrew Wong, and sisters Mimi Wong and Shea Wong.

Wong has been married to the love of her life Justin Hakuta in 2014. They met in 2010 at a wedding of mutual friends. Her husband works as the vice president of product at healthcare startup GoodRx.

23-year-old Wong after finishing college tried stand-up comedy at Brainwash Cafe. She then began performing nine times a night after moving to New York City to pursue comedy. Wong was named one of the “10 Comics to Watch” by Variety in 2011. After the naming, she appeared on The Tonight Show, New York Stand Up Show, John Oliver’s, and Dave Attell’s Comedy Underground Show. In 2013, she starred in Oliver Stone’s Savages opposite Salma Hayek and Benicio Del Toro, and as Kate in the film Dealin’ With Idiots.

Wong played Dr. Lina Lark in the ABC medical drama series Black Box in 2014, opposite Vanessa Redgrave and Kelly Reilly. Since 2014, Wong has been a writer on Fresh Off the Boat. Netflix released a stand-up special called Baby Cobra on Mother’s Day 2016. But the special was filmed in September 2015. Ali spoke at and walked the runaway on October 11, 2016, during New York Fashion Week for Opening Ceremony’s show.

She also began starring in the main cast of the ABC sitcom American Housewife in October 2016. Wong’s second Netflix special “Hard Knock Wife” was released on May 13, 2018. In the 2019 Netflix film Always Be My Maybe, Wong starred with Randall Park, a film directed by Nahnatchka Khan, and written by Wong, Michael Golamco, and Park. Wong came out with a book entitled “Dear Girls: Intimate Tales, Untold Secrets, and Advice for Living Your Best Life on October 15, 2019.

Ali Wong’s Salary and Net Worth

Wong has an annual salary of over $1 million and a net worth of $3 million.