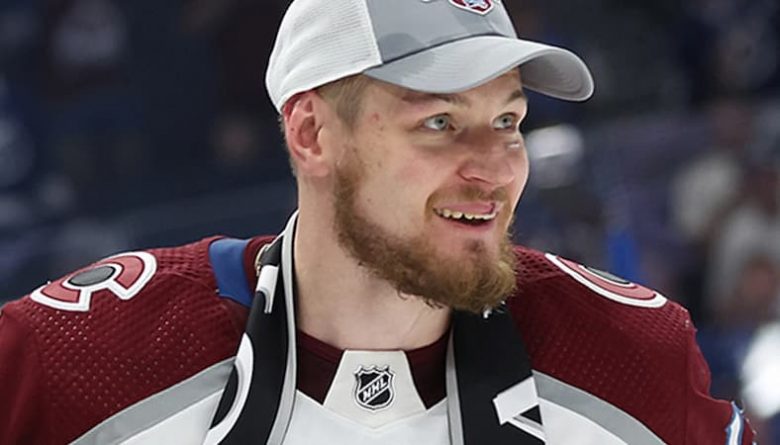 This article will answer every question you have about Valeri Nichushkin. Below are some of the frequently asked questions about him.

Who is Valeri Nichushkin?

Valeri Ivanovich Nichushkin is a professional Russian ice hockey right winger who currently plays for the Colorado Avalanche of the NHL (National Hockey League). He was selected in the first round, 10th overall of the 2013 NHL Entry Draft by the Dallas Stars. With the Avalanche, he won the Stanley Cup in 2022.

How Old Is Valeri Nichushkin?

He is 27 years old as of October 2022, having been born on March 4, 1995, in Chelyabinsk, Russia. Valeri shares his birthdate with celebrities such as; Dylan Gilmer, Brooklyn Beckham, Drew Phillips, Niko Omilana, Whitney Bjerken, and many more.

Who are Valeri Nichushkin Parents?

He was born to Elena Nichushkina (Mother). However, his father’s name and whereabouts are not mentioned on the internet.

Does Valeri Nichushkin have Siblings?

News on the internet shows that he is in a relationship with his girlfriend by the name of Svetlana Lyuk.

A Career in the KHL

After playing one season in the Kontinental Hockey League (KHL), on May 1, 2013, he transferred from Traktor Chelyabinsk to Dynamo Moscow. He then signed a two-year contract with Dynamo. However, the deal was terminated conditionally thus allowing Valeri to play in the NHL, or to be returned to Dynamo if he failed to make the NHL team.

A Career in the NHL

A Career with the Dallas Stars

On October 3, 2013, he played his first regular-season NHL game against the Florida Panthers. On November 3, 2013, he scored his first career NHL goal against Craig Anderson of the Ottawa Senators. However, after having a solid rookie season (14 goals and 20 assists), he suffered from hip and groin soreness at the beginning of his sophomore campaign, 2014-15. Five games into the season, on November 18, 2014, he opted for hip surgery. In March 2015, he rehabbed in New Jersey and re-joined the team practicing in a red no-contact jersey. Following the conclusion of his entry-level deal in the 2015-16 season as a restricted free agent, he and the Stars failed to agree to common grounds in contact negotiations.

Thus unhappy with his current role within the Stars line-up, on September 20, 2016, his KHL rights were traded from Dynamo Moscow to CSKA Moscow. And he went on to sign a two-year contract on return to the KHL with CSKA with his NHL rights to be kept by the Stars. After two seasons with CSKA, on July 1, 2018, he returned to the Stars organization and agreed to a two-year, $5.9 million contract. In his return to the Stars, he recorded 10 assists in 54 regular-season games in the 2018-19 season, averaging 11:55 time on ice per game. However, he was placed on unconditional waiver after a disappointing campaign in failing to score a goal through 57 games. And was subsequently bought out from the remaining year of his contract with the Stars on June 30, 2019.

A Career with the Colorado Avalanche

On August 19, 2019, he signed a one-year, $850k contract with the Colorado Avalanche. That same year on November 23, he scored his first goal in 2 years. In his first season with the Avalanche, he received high praise from the analytics community because of his high rankings in many advanced metrics, especially defensive metrics. Overall, he finished the 2019-20 season with 13 goals and 27 points – the second most productive season of his career – and led all forwards in the NHL in defensive Goals Above Replacement.

On October 10, 2020, the Avalanche re-signed Valeri, who was a restricted free agent to a 2-year $5 million contract extension. In his third season, he elevated to a top-six forward role, and scored a career-best 52 points in 62 games, adding 15 points in 20 playoff games. He then placed third on the team with 9 playoff goals thus helping the Avalanche claim their first Stanley Cup in 21 years. On July 11, 2022, he signed an 8-year $49 million extension with the Avalanche.

Valeri Nichushkin Salary and Net Worth

He has a salary of $6.125 million per season and an estimated net worth of around $8 million.