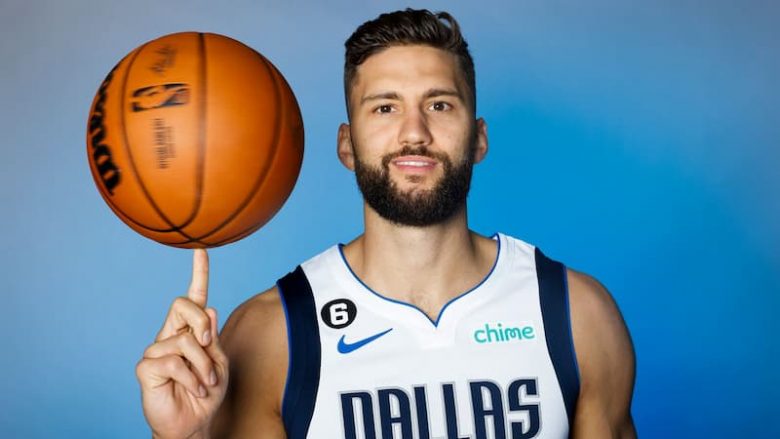 This article will answer every question you have about Maxi Kleber. Below are some of the frequently asked questions about him.

Who is Maxi Kleber?

Maximilian Kleber abbreviated as Maxi Kleber is a professional German basketball player for the Dallas Mavericks of the NBA (National Basketball Association). He plays in a power-forward position.

How Old Is Maxi Kleber?

He is 30 years old as of October 2022, having been born on January 29, 1992, in Wurzburg, Germany. Maxi shares his birthdate with celebrities such as; Oprah Winfrey, Madison Bailey, David Spencer, Joel Conder, Adam Lambert, and many more.

Who are Maxi Kleber’s Parents and Siblings?

His secretive nature has shown up in his personal life. He has managed to keep his family background very private. In case there is news regarding his parents and siblings, we will update it here as soon as possible. However, he is rumored to have an elder brother.

He received his high school education at Deutschhaue-Gymnasium.

News on the internet shows that he is in a relationship with Brittany Gibson.

He made his professional debut during the 2011-12 season in Germany’s top-flight Basketball Bundesliga, representing the s. Oliver Baskets. In his first year, he was a role player on the team with an average of 7 minutes a game. In his second season, he went on to become an important player on the team that averaged 9.9 points and 6.7 rebounds per game. He then declared for the NBA draft in 2012, before removing his name from the list. In 2014, he became auto-eligible for the NBA draft but was not picked by any team.

He signed a two-year deal with Spanish club Obradoiro CAB in the 2014 off-season. In the 2014-15 ACB season, he was named MVP of round 25 after scoring 36 points against Fuenlabrada. Overall in the league that year, he made 33 appearances averaging 11.5 points and 6.5 rebounds per game.

A Career with Dallas Mavericks (2017 to Present)

He signed with the Dallas Mavericks on July 13, 2017. On October 21, 2017, he made his NBA debut against the Houston Rockets. In his first few years, he moved from end-of-bench piece to key rotation player, thus increasing his points, rebounds, assists, and blocks per game numbers in each of his first three seasons. On July 10, 2019, he was re-signed by the Mavericks. The next year on February 21, he scored a career-high 26 points against the Orlando Magic in a 122-106 victory.

He posted a career-high 9.1 points per game in the 2019-20 season. Overall, he led the league in games played with 74 games and finished 19th in the league in blocks. In his first playoffs of the year, he played against the 2nd seed LA Clippers. Maxi then began the 2020-21 season strong as he averaged 7.4 points per game and shot 47.2% from three-point range in his first 9 games. However, he went on to miss the next 10 games as he recovered from COVID-19.

On February 2, 2021, he returned to action in a game against the Phoenix Suns. In the game, he logged 17 minutes of gameplay, grabbing 6 rebounds and scoring 2 points. However, he and the Mavericks went on to lose to the Los Angeles Clippers in the first round of the playoffs in 7 games. During game 2 of the first round of the playoffs on April 18, 2022, he scored 25 points and hit eight-3-pointers in a 110-104 win over the Utah Jazz. He then signed a four-year contract extension with the Mavericks in the 2020 off-season.

In addition to him playing basketball at the club level, he also has played basketball internationally. He has played games for the senior German national team. In 2014, he played for the team during the EuroBasket qualification rounds. However, he was forced to sit down to sit out of the 2020 Summer Olympics as he was recovering from an Achilles injury.

Maxi Kleber’s Salary and Net Worth