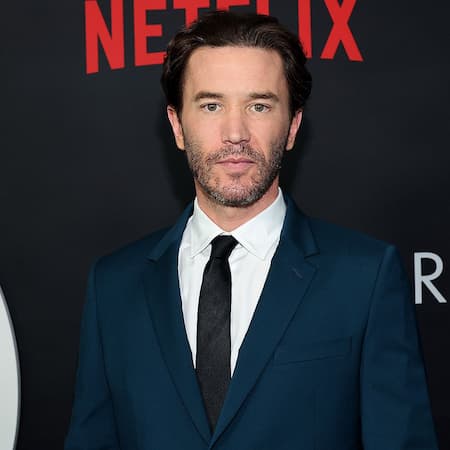 This article will answer every question you have about Tom Pelphrey. Below are some of the frequently asked questions about him.

Who is Tom Pelphrey?

How Old Is Tom Pelphrey?

He is 40 years old as of October 2022, having been born on July 28, 1982, in Howell, New Jersey, U.S. Tom shares his birthdate with celebrities such as; Payton Moormeier, Dom Brack, GloRilla, Mia Hayward, Soulja Boy, and many more.

Who are Tom Pelphrey’s Parents?

He was born to Richard Pelphrey (Father) and Laurie Pelphrey (Mother).

Does Tom Pelphrey have Siblings?

He has one sibling. A brother by the name of Robert Pelphrey.

He is currently dating Kaley Cuoco (born on November 30, 1985) an American actress. They made their first public appearance as a couple in May 2022, at a Hollywood Walk of Fame.

In October 2022, Tom and Kaley announced via Instagram that they were expecting their first child together, a daughter.

A Career at Guiding Light

His most prominent role has been on the CBS soap opera Guiding Light, in the role of Jonathan Randall, the son of Reva Shayne and her late former husband Richard Windslow. In September 2004, he joined the cast and received critical acclaim for his portrayal of anti-hero Jonathan. Because of his exemplary performance, he was nominated for a Daytime Emmy Award for “Outstanding Younger Actor” in 2005 and won the award the following year in April 2006. In 2007, he received a third consecutive nomination in the same category but lost to Bryton McClure. The next year, he won his second Daytime Emmy Award for “Outstanding Younger Actor”.

A Career in As the World Turns

Beginning in October 2009, he signed a contract to play “Mick” on As the World Turns. In February 2010, his run ended when his character was sent to prison for his misdeeds. Because of his role as Mick Dante, he earned an Emmy pre-nomination for Best Supporting Actor.

A Career in Other Television Roles

In addition to his television acting, he has also appeared in a number of other television roles. These include appearing in an episode of Numb3rs “Pandora’s Box” on March 30, 2007. The following year on October 17, he appeared in an episode of “Ghost Whisperer” and the following season in an episode of Law & Order: Special Victims Unit. In 2015, he landed a recurring role on Cinemax’s action drama Banshee, as Kurt Bunker, a former neo-nazi trying to reintegrate into society. To prepare for this role, he started lifting weights and did research by reading books on the neo-Nazi movement in America.

In 2017, he appeared as Ward Meachum in Iron Fist and portrayed Ben Davis on the third season of the Netflix crime drama Ozark which was released on March 27, 2020. His portrayal in Ozark received critical acclaim and the lack of an Emmy nomination was perceived as a snub by fans and critics. Nevertheless, he received nominations for the Critics’ Choice Television Award for Best Supporting Actor in a Drama Series, Satellite Award for Best Supporting Actor – Series, Miniseries or Television Film and Screen Actors Guild Award for Outstanding Performance by an Ensemble in a Drama Series (shared with the cast).

In the final season of Ozark (2022), he reprised the role of Ben Davis as a guest appearance for which he received an Emmy nomination for Oustanding Guest Actor in a Drama Series. Recently in 2022, he starred as Perry Abbott in the Amazon Prime Video series, Outer Range. Also, he will star in the upcoming HBO Max miniseries, Love and Death as Don Crowder.

He performed Kevin Mandel’s A New Television Arrives Finally as the title character from September 6, 2007, to September 30, 2007, at Theatre 54, in New York. He then starred in In God’s Hat at Peter Jay Sharp Theatre in New York City through August 7, 2010. Two years later, he appeared in the Broadway cast of the musical drama End of the Rainbow as Mickey Deans. In 2015, he returned to Broadway in a revival of Fool for Love playing Martin.

Tom Pelphrey’s Salary and Net Worth

His salary is not mentioned on the internet but has a net worth of $10 million.