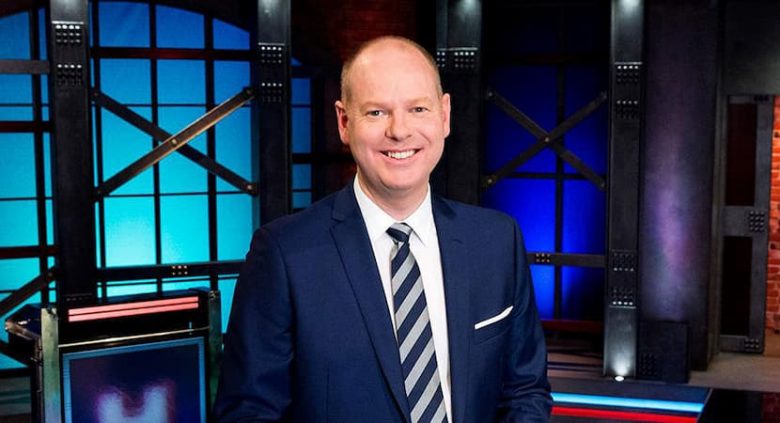 This article will answer every question you have about Tom Gleeson. Below are some of the frequently asked questions about him.

Who is Tom Gleeson?

Thomas Francis Gleeson abbreviated as Tom Gleeson is an Australian prominent stand-up comedian, writer, television, and radio presenter. Formerly, he co-presented The Weekly with Charlie Pickering alongside Judith Lucy and currently hosts Hard Quiz both on the Australian Broadcasting Corporation (ABC). He won the Gold Logie Award for Most Popular Personality on Television in 2019.

How Old Is Tom Gleeson?

He is 48 years old as of October 2022, having been born on June 2, 1974, in Gunnedah, New South Wales, Australia. Tom shares his birthdate with celebrities such as; Beetlejuice, Michael Green, Madison Hu, Colie.1, Wentworth Miller, and many more.

Who are Tom Gleeson’s Parents?

According to news on the internet, it shows that his father died of dementia. However, his mother’s name and whereabouts are not mentioned on the internet.

Does Tom Gleeson have Siblings?

He has a brother by the name of Nick.

He received his high school education at St. Joseph’s College. After high school, he attended The University of Sydney where he graduated with a Bachelor of Science in mathematics and physics.

He is married to the love of his life, Ellie Parker.

He and his wife Ellie have two kids, a son, and a daughter. However, his kids’ names are not mentioned on the internet.

His first stage appearance was as the character “Malcolm” (for two years) dressed in a flannelette skirt, tracksuit pants, and a wig. Later, he went on to perform at major comedy events including the Melbourne International Comedy Festival, Sydney Comedy Festival, Adelaide Fringe, Brisbane Comedy Festival, Perth Fringe World, Edinburgh Fringe, and Montreal Comedy Festival. He entertained Australian troops on active duty in Iraq and Afghanistan in December 2007. In October 2008, he wrote and published his experience book, Playing Poker with the SAS: A comedy tour of Iraq and Afghanistan. Three of his stand-up shows have been nominated for the Helpmann Award for Best Comedy Performer: Tom On! (2007), Up Himself (2011), and Quality (2014). Also, his show, Joy (2019) won Best Comedy at Perth Fringe World. At the Adelaide Fringe, his stand-up show Lighten Up (2020) won Best Comedy.

He presented the Sydney and Melbourne evening radio program Tom & Subby from 2004 to 2005 with Subby Valentine on Triple M. Next, he presented with Bridgitte Duclos the Melbourne radio breakfast program Mix Mornings in 2009, on Mix 101.1.

In 2003 and 2004, he appeared in Network Ten’s comedy sketch program skitHOUSE. There, he played various characters including the “Australian Fast Bowler”, a parody of Dennis Lilee. Because of his exemplary performance, he won Australia’s Brainiest Radio Star in 2006. in 2008, he was a panelist on the short-lived Big Brother’s Big Mouth. The next year, he was in the “They don’t get in Australia” advertising company where he asks people in the United States about Red Rooster.

Between 2008 and 2011, he made several appearances on Good News Week. In 2013, he co-hosted the Australian comedy chat show This Week Live with Tommy Little, Dave Thornton, and Lshel Laurie. Whereas in 2015, he appeared on the ABC satirical television news program, The Weekly with Charlie Pickering hosting the segments “This Is What You Think”, “Go Away”, and “Hard Chat”. The next year, he began presenting Hard Quiz, a spin-off of his “Hard Chat” segment from The Weekly. In 2017, he was credited for the decision to cast Sophie Monk as the lead in The Bachelorette Australia. Also, he will host the upcoming Australian version of Taskmaster.

Adding up to his well-built body is a height of 6ft 3inches (1.91m) and has unknown weight.

Tom Gleeson’s Salary and Net Worth