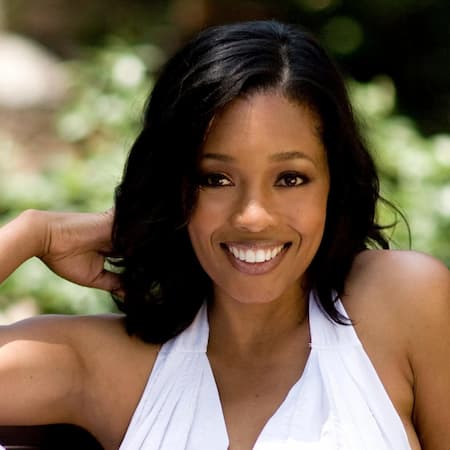 This article will answer every question you have about Tembi Locke. Below are some of the frequently asked questions about her.

Who is Tembi Locke?

Tembekile “Tembi” Locke is an American eminent actress who has appeared in television shows and films. She is notably known as Dr. Grace Monroe in Syfy’s series Eureka and Dr. Diana Davis in Sliders. Moreover, she is the author of the bestselling memoir, From Scratch which was later adapted into a limited series by Netflix.

How Old Is Tembi Locke?

She is 52 years old as of October 2022, having been born on July 26, 1970, in Houston, Texas, U.S. Locke shares her birthdate with celebrities such as; Carson Lueders, Ferran The Fashion King, DerekTrendz, Elizabeth Gillies, Bad Kid Mykel, and many more.

Who are Tembi Locke’s Parents?

Does Tembi Locke have Siblings?

She has a sister by the name of Attica Locke.

She received her high school education at Alief Hastings High School. After high school, she attended Wesleyan University where she graduated with an art history degree.

News on the internet shows that she is currently single. However, she was previously married to the love of her life Saro Gullo, they married in 1995 until his death in 2012.

She and her late husband Saro have one kid. A daughter by the name Zoela.

She appeared in several off-Broadway productions while in New York and went on to land a role on the long-running soap opera As The World Turns. Afterward, she moved to Los Angeles. Her prime-time television career began by playing one of Will Smith’s love interests on The Fresh Prince of Bel-Air. Also, she has appeared in numerous television dramas, comedies, and films over the course of her career. Thus she has played Dr. Grace Monroe, a biotech scientist in seasons 4 and 5 of Syfy’s series ERUeKA (2010 to 2012).

And has starred on season 5 of the Fox/Syfy show Sliders (1999 to 2000) as Dr. Diana Davis. Her other television work includes shows such as Castle, Bones, The Mentalist, Windfall, CSI: NY, and Beverly Hills, 90210. Whereas her comedic turns include Friends, The Jamie Foxx Show, House of Payne, Like Family, and Raising Dad among others. Moreover, she has appeared in a number of movies made for television including Black Widow, Final Approach, and Born in the USA. Her body of work mainly involves episodic television as well as several made-for-TV movies. And has worked in more than 50 American television ad campaigns. In 2014, she appeared in Dumb and Dumber To as Dr. Walcott.

As of October 2018, her most recent work is in the 2nd installment of Hulu’s original “Into the Dark” series. And plays the therapist in the episode Flesh & Blood. Her memoir, From Scratch: A Memoir of Love, Sicily and Finding Home (published on April 30, 2019) is about her interracial romance with her Italian husband and her grief after his ultimate death. Later From Scratch was adapted by producer Reese Witherspoon and writer Marguerite MacIntyre into a limited series starring Zoe Saldana for Hello Sunshine, 3 Arts, Cinestar and Netflix.

Tembi Locke’s Salary and Net Worth