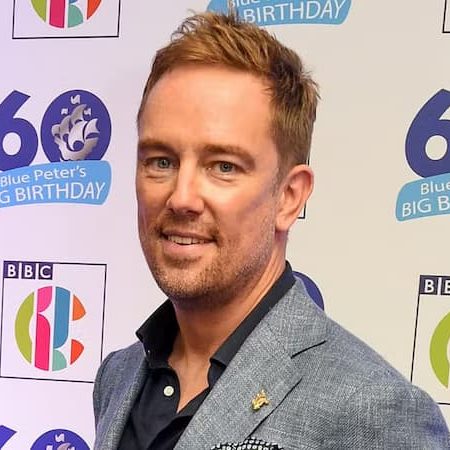 This article will answer every question you have about Simon Thomas. Below are some of the frequently asked questions about him.

Who is Simon Thomas?

Simon Thomas is an English eminent television presenter who worked for six years on Blue Peter and presented live Premiere League football from 2016 to 2018 on Sky Sports.

How Old Is Simon Thomas?

He is 49 years old as of October 2022, having been born on January 26, 1973, in Norfolk, England. Simon shares his birthdate with celebrities such as; Ellen DeGeneres, Joseph Quinn, Annie Rose, Addison Riecke, Sasha Banks, and many more.

Who are Simon Thomas’s Parents?

He was born to Andrew Thomas (Father) and Gill Thomas (Mother).

Does Simon Thomas have Siblings?

He has two sisters by the name Hannah and Rebecca.

He received his high school education at Aberdour School and St. John’s School. After high school, he attended The University of Birmingham where he graduated with a 2:1 BA Hons degree in history.

He has a son by the name of Ethan Thomas. And another kid with his wife Derrina, a daughter.

A Career with Blue Peter

Having applied for the job three times, on January 8, 1999, he began presenting the children’s program Blue Peter replacing the sacked presenter Richard Bacon. Previously, he worked as a runner at Children’s BBC and the radio station LBC. During his time at Blue Peter, he ran twice in the London Marathon and two Great North Runs and climbed Mount Kilimanjaro and Mount Blanc. Also, he competed in over 40 solo skydives with the Royal Air Force presented a medal at the Commonwealth Games ran in the 60 meters sprint at the Norwich Union Indoor Athletics against Frankie Fredericks and Darren Campbell, and even directed an editor of the show. In January 2005, he co-presented his intention to leave Blue Peter and his last live show was aired on April 25 of that year.

A Career at BBC

A Career at Sky Sports

At the start of the 2010/2011 Football Season, he became the lead presenter of Sky Sports’ live Football League coverage thus leaving his position on Sky Sports. He then went on to begin presenting live League Cup football on Sky Sports in 2014. This was following Ben Shephard stepping down from all live match presenting duties. Since August 2016, he has presented live Premiere League coverage most notably on Saturday lunchtimes and bank holidays. Regularly he works alongside pundits such as Graeme Souness, Jamie Redknapp, and Thiery Henry.

A Career at This Morning

In May 2019, he took part in a three-part mini-series for This Morning called ‘Pursuits of Happiness. Moreover, he appeared on the show in September 2019, to raise awareness for blood cancer symptoms.

In addition to his presenting career, he competed on the Main Stage at Greenbelt in August 2009 and August 2010. This is a Christian music and arts Festival held at Cheltenham Racecourse.

Adding up to his well-built body is a height of 6ft 1inch (1.85m) and has unknown weight.

Simon Thomas’s Salary and Net Worth

His salary is not mentioned on the internet but has a net worth of $1.5 million.