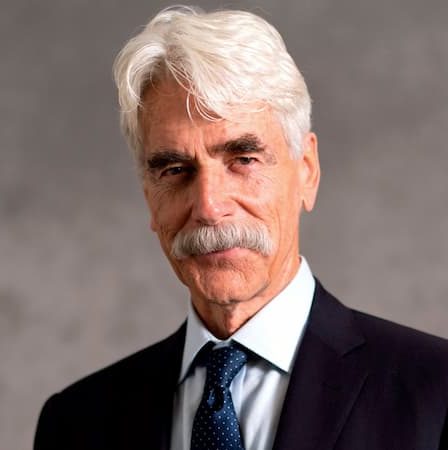 This article will answer every question you have about Sam Elliott. Below are some of the frequently asked questions about him.

Who is Sam Elliott?

Samuel Pack Eliott is a well-known American actor. He is a recipient of several acknowledgments, including a National Board of Review Award. He has also been nominated for an Academy Award, two Primetime Awards, two Golden Globe Awards, and two Screen Actors Guild Awards.

Elliott is popularly known for his distinctive lanky physique, full mustache, and deep, sonorous, resonant voice. He made his career film start with minor appearances in The Way West (1967), Butch Cassidy and the Sundance Kid (1969), season five of Mission: Impossible and guest-starred on television in the Western Gunsmoke (1972) and the television films Murder in Texas (1981) and The Shadow Riders (1982).

He starred in Frogs (1972). His film breakthrough was in the drama Lifeguard (1976). He then appeared in several Louis L’Amour adaptations such as The Quick and the Dead (1987) and Conagher (1991), the latter of which earned him a Golden Globe nomination for Best Actor – Miniseries or Television Film.

Elliott received his second Golden Globe and first Primetime Emmy Award nominations for Buffalo Girls (1995). In the 2000s decade, he appeared in supporting roles in the drama We Were Soldiers (2002), the superhero films Hulk (2003), and Ghost Rider (2007). Sam guest-starred on the series Justified, in 2015, which earned him a Critics’ Choice Television Award.

How Old Is Sam Elliott

He is 77 years old as of March 2022 having been born on August 9, 1944, in Sacramento, California, U.S. Sam shares his birthdate with celebrities such as; King Von, Whitney Houston, Anna Kendrick, Rydel Funk, Bill Skarsgård, and many more.

Who are Sam Elliott’s Parents?

He was born to Henry Nelson Elliott (Father) who worked as a predator control specialist for the Department of the Interior. And Glynn Mamie Sparks (Mother) was a physical training instructor and high school teacher.

Does Sam Elliott have Siblings?

News regarding whether he has siblings or not is not mentioned anywhere on the internet. In case any news regarding this matter, we will update it here as soon as possible.

He received his high school education at David Douglas High School and graduated in 1962. Eliott then enrolled at the University of Oregon for two terms before dropping out. Sam returned to Portland and attended Clark College. After graduating from Clark, he re-enrolled again at the University of Oregon. He dropped again before completing his studies after his father died of a heart attack.

He is married to the love of his life Katharine Ross. They married in 1984.

He has a daughter by the name of Cleo Rose Elliott born on September 17, 1984. Their daughter is an American model, singer, and musician.

He began his career as a character actor. Elliott then earned himself his first TV credit as Don Kenyon in Judd for the Defense in the episode ” The Crystal Maze” in 1969. He then starred as Doug Robert in the 1970-71 TV season for several episodes in the hit series Mission: Impossible. From 1976 to 1977, Sam played the lead character Sam Damon in the miniseries Once an Eagle.

Career as a Character Actor

In 1977, Elliott played Tom Keating in the miniseries, Aspen. And co-starred with Tom Selleck in 1979, in the popular miniseries adaptation of Louis L’Amour’s The Sackett. The duo teamed again in 1982 in The Shadow Riders. He then had a supporting role in Mask (1985) opposite Cher. In 1986, Elliott starred in the TV movie Gone to Texas based on a biography of Sam Houston. Elliott together with his wife Katharine Ross starred in the adaptation of the Louis L’Amour novel Conagher in 1991. He played in the historical drama “Gettysburg” (1993), a character narrating the story of The Big Lebowski (1998). He then played in the 2003 action film “Hulk” as General Thaddeus Ross.

Sam began appearing as a series regular in the Netflix series “The Ranch” in 2015. And in 2017 starred in The Hero as Lee Hayden. The following year in 2018, he co-starred in A Star Is Born. In 2022, Sam plays Shae Brennon on the Paramount+ miniseries 1883, a prequel to the Yellowstone series on Paramount.

Sam has performed various voice-over narration commercials. He has lent his voice to campaigns for Union Pacific, Kinney Drugs, IBM, Dodge, and most notably the American Beef Council. He has done voice-overs for Coors since late 2007. Elliott was hired by Ram Trucks in 2010 to do the voice-over for their Ram Heavy Duty truck commercial. In 2020, he voiced Joe Biden’s “Go From There” campaign ad.

Sam Elliott Salary and Net Worth