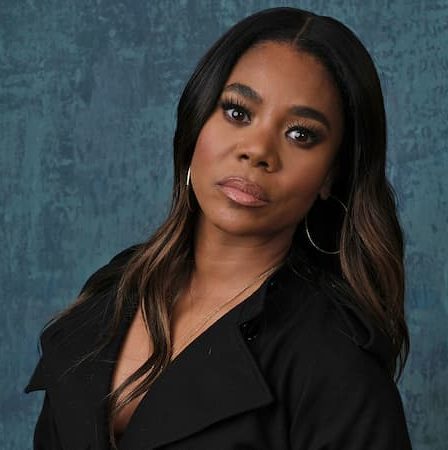 This article will answer every question you have about Regina Hall. Below are some of the frequently asked questions about her.

Who is Regina Hall?

She became famous for her role as Brenda Meeks in the comedy horror Scary Movie film series (2000-2006). Hall has also appeared in various television series including Ally McBeal (2001-2002) and many more. She has also been in films such as Vacation (2015), Girls Trip (2017), and many more.
Regina became the first African-American to win the New York Film Critics Circle Award for Best Actress.

How Old is Regina Hall

Hall is 51 years old as of February 2022 having been born on December 12, 1970, in Washington, D.C., U.S. Regina shares her birthdate with celebrities such as Indi Star, Sky Katz, Crainer, Willywonkatiktok, Sarah Dorothy Little, and many more.

Who are Regina Hall’s Parents?

She was born to Odie Hall (Father) he was a contractor and electrician. And Ruby Hall (Mother) was a teacher. Her father died of a stroke while Regina was still in University.

Does Regina Hall have any Siblings?

Regin has a sister by the name of Reina Hall. Her sister is also an actress.

She is currently single but she has been in various relationships including. Cuda Love (2006-2007), Aaron Afflalo (2015), Felix Sanchez, and Hill Harper. She is also rumored to have hooked up with Chadwick Boseman (2018).

She does not have any Children. But in case of new news, we shall update it here as soon as possible.

At the age of 26 in 1997, Hall appeared in her first television commercial. Her career began as a guest appearance on the Fox police drama New York Undercover and a role on the soap opera “Loving”. In the 1999 film “The Best Man” Regina played Candy. In the comedy-horror-spoof Scary Movie, Hall gained more recognition together with the sequels Scary Movie 2, Scary Movie 3, and Scary Movie 4. She portrayed the sex-crazed Brenda Meeks and the TV movie Disappearing Acts in the movie.

Regina landed the role of Coretta Lipp in 2001 on the prime-time drama Ally McBeal. She then starred in the action-drama Paid in Full a year later, a film directed by Charles Stone III. Since then she has appeared in leading roles in films such as King’s Ransom, The Honeymooners, and Malibu’s Most Wanted. In 2009, Regina appeared in the film Law Abiding Citizen.She had a role in the 2010 Arielle Kebbel and Danneel Harris fil Mardi Gras. In the film Law & Order: LA, Hall portrayed Deputy District Attorney Evelyn Price. Regina announced that she is now writing for ABILITY Magazine In November 2010. Steve Harvey’s movie Think Like a Man, Regina portrayed Candace Hall in 2012. She repeated her role as Candace Sparks in The Best Man Holiday in 2013.

Regina co-starred alongside Kevin Hart in the 2014 film About Last Night. Both Hall and Hart expressed interest in working on other projects together at the time of the film’s release. Regina repeated her role as Candace Hall in Think Like a Man Too. It was announced in July 2014 that Hall would star in a Lifetime film, entitled “With This Ring” with Jill Scott and Eve. Hall had a major role in the 2015 film “People Place Things as the love interest of a newly divorced man.

Regina in 2016 was in the film Barbershop: The Next Cut. In the film, she played the role of Angie, one of the hair stylists alongside Eve, Common, and Ice Cube. Also in 2017, Hall starred in the comedy film “Girls Trip” which became a critical and commercial success. Based on the 2017 novel “The Hate U Give” Hall was part of the ensemble cast of the drama film in 2018. In a film directed by Andrew Bujalski “Support the Girls” Hall had the lead. Hall received critical praise and was nominated for several awards. She won the New York Film Critics Circle Award for Best Actress, thereby becoming the first African-American to win the award. Also, Hall hosted the 2019 BET Awards 2019. On March 27, 2022, Regina is set to co-host the 94th Academy Awards with Wanda Sykes and Amy Schumer.

Regina Hall’s Salary and Net worth

Being a prominent actress, she has an annual salary of $1 million and a net worth of $6 million.