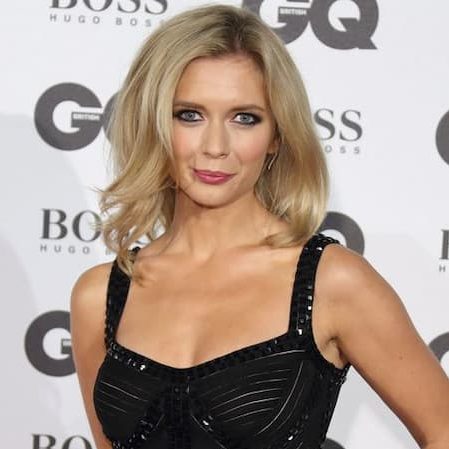 This article will answer every question you have about Rachel Riley. Below are some of the frequently asked questions about her.

Who is Rachel Riley?

Rachel Annabelle Riley is a British prominent television presenter. She co-presents the Channel 4 daytime puzzle show Countdown and its comedy spin-off 8 Out of 10 Cats Does Countdown. Her television debut ca,e at age 22 when she joined Countdown. With an interest in popularising mathematics and sciences, she has since co-resented The Gadget Show on Channel 5 (2013–14) and It’s Not Rocket Science on ITV (2016). In 2013, she was a contestant on the BBC celebrity dance show Strictly Come Dancing.

How Old Is Rachel Riley?

She is 36 years old as of October 2022, having been born on January 11, 1986, in Rochford, Essex, England. Rachel shares her birthdate with celebrities such as; Alyssa McKay, Cody Simpson, QCP, Justin Kroma, Jania Bania, and many more.

Who are Rachel Riley’s Parents?

She was born to Christopher Riley (Father) and Celia Riley (Mother).

Does Rachel Riley have Siblings?

She has a brother by the name of Alex Riley.

She received her high school education at Thorpe Hall School and Southend High School for Girls where she obtained four As at A-level in the latter. After high school, she attended The University of Oxford where she completed a master’s degree in mathematics.

She is married to the love of her life, Pasha Kovalev (born on January 19, 1980) a Russian professional Latin and ballroom dancer. They married on June 28, 2019, in Las Vegas. However, she was previously married to Jamie Gilbert, they married in 2012, but divorced in 2013.

A Career at Countdown

She replaced the long-serving Carol Vorderman on Countdown. Just like Carol, Rachel’s role is to handle the placement of tiles on the board for the letters and numbers rounds and to find an exact solution in the numbers rounds if the contestants are unable to do so. Her appointment to Countdown was announced at the same time as the announcement of a new main host, Jeff Stelling replacing Des O’Connor.

Thus the duo of Jeff and Rachel was in place for the new series beginning in January 2009. Although she had no ambition of being a television presenter, her mother encouraged her to apply and decided to do so because she was interested in the numbers part of the game. On January 2, 2012, since it was the first broadcast, she also performed her Countdown role on the comedy crossover spin-off version, 8 Out of 10 Cats Does Countdown alongside comedian Jimmy Carr as host.

A Career at Strictly Come Dancing

Rachel appeared in the 11th series of the BBC One ballroom dancing program Strictly Come Dancing in September 2013, There, she was with professional dancer Pasha Kovalev. However, she was eliminated in week 6 of the show on November 3, after losing out in the dance-off against Abbey Clancy and Aljaz Skorjanec who went on to win the series. According to Rachel, she lacked a natural talent for performing, so instead, she sought to frame each dance as that of a character. For the first five weeks, she would suffer from stage fright, commenting that “As soon as the music would start, I would have a fuzzy brain and it was like an out-of-body experience”.

From 2013 to 2014, she co-presented Tha Gadget Show on Channel 5 with Jason Bradbury. However, she was replaced by Amy Williams after having presented three series of the show. In 2016, she was part of the three-person presenting team for ITV’s six-part series, It’s Not Rocket Science. Her co-presenters, Ben Miller and Romesh Ranganathan also similarly had a background in maths and science. It was announced in August 2016, that Rachel had joined Sky Sports to present Friday Night Football alongside her former Countdown co-presenter Jeff Stelling. And Fantasy Football Club with Max Rushden and Paul Merson. She left Friday Night Football in 2017.

In addition to her television career, she has visited schools to enthuse pupils on the “joys of applied maths, quantum mechanics and time travel, etc. In June 2019, she was criticized by environmental groups and accused of greenwashing for her promotion of the “future energy solutions” of Shell, an oil and gas company. As a patron, she is listed on the website of the Centre for Countering Digital Hate (CCDH). She published her first book, At Sixes and Sevens: How to Understand Numbers and Make Maths Easy in October 2021.

Adding up to her well-curved and beautiful body, she stands at a height of 5ft 7inches (1.7m) and has unknown weight.

Rachel Riley’s Salary and Net Worth