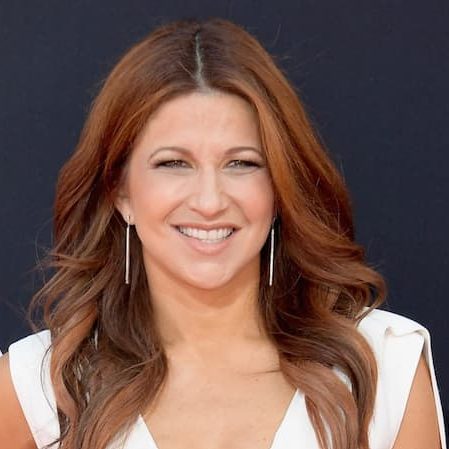 This article will answer every question you have about Rachel Nichols. Below are some of the frequently asked questions about her.

Who is Rachel Nichols?

Rachel Michele Nichols is well-known an American journalist and sportscaster. She has covered the National Football League, National Hockey League (NHL), Major League Baseball (MLB), professional tennis, college sports, and the Olympics and is most notable for her work with the National Basketball Association (NBA). Sports Illustrated called Nichols the country’s most impactful and prominent female sports journalist.

Her first job was as a sportswriter for the Fort Lauderdale Sun-Sentinel covering the University of Miami football team and Miami Dolphins. She joined the Washington post to cover the NHL Washington Capitals in 1996. She later branched out into other sports including professional tennis, the Olympics, the National Basketball Association, and Major League Baseball. Nichols covered Pete Sampras, and Andre Agassi as well as Venus and Serena Williams early in their careers.

Nichols transitioned to broadcasting in 2004 when ESPN hired her as a reporter. She made regular appearances on Sports Center, Sunday NFL Countdown, and Monday Night Countdown and was a recurring sideline reporter for Monday Night Football and NBA broadcasts. Nichols was also a correspondent for E:60 and become a recognizable face on the network due to her rapport with prominent sports figures, with Esquire naming her 1 of the Women We Love.

Rachel left ESPN for CNN to Turner Sports and was announced to anchor the network’s first sports-related program in twelve years. She was called a “revered player in the space” and considered a ‘big get’ for CNN. Unguarded with Rachel Nichols premiered in October of that year and changed from a regular series to an occasional special in October 2014. Nichols also worked the sidelines for the NBA on the TNT program in both regular season and playoff games as well as regular appearances on Inside the NBA during this period.

Paired with Verne Lundquist and Bill Rafferty, and was a dugout reporter for TBS during MLB playoff games, she was a sideline reporter for CBS and TBS during the NCAA men’s basketball tournament. Nichols was widely praised for her tough questioning of NFL Commissioner Roger Goodell in the wake of the Ray Rice scandal and also for confronting boxer Floyd Mayweather on his history of domestic violence. The Hollywood Reporter recognized her as one of the “10 Most Powerful Voices in Sports Media”.

She was recruited back to ESPN by then-president John Skipper in 2016. Nichols pitched “a conversation about basketball” as a daily program where former players, reporters, and associates of the NBA community discuss the league. In February 2016 Tracy McGrady joined The Jump when it debuted. A sit-down interview with her became a benchmark for active players, and Sports Illustrated called The Jump “TV’s smartest basketball show”.

How old is Rachel Nichols?

Who are Rachel Nichols’ parents?

Rachel Michele Alexander was born to Jane and Ronald Jacobs and brought up in Potomac, Maryland. She has not shared much information about her family with the media.

Does Rachel Nichols have siblings?

Nichols was born into a family of three children as the second born. She has two siblings, an older brother, and a younger brother.

Nichols joined Winston Churchill High School, where she wrote and edited the school newspaper, before graduating in 1991. She joined the Medill School of Journalism at Northwestern University. At the university, Nichols had summer internships at Chicago SunTimes, USA Today, and The Washington Post.

She was s fan of sports during her youth, saying it felt like watching a live storybook movie with heroes and villains, and an ending not yet written.

Nichols is married to film and music video director Max Nichols. They married in a Jewish ceremony in 2001 in Venice. Max is the son of film and stage director Mike Nichols and stepson of Diane Sawyer. His biological mother and last wife of Mike died before he remarried.

Nichols and her supportive and loving husband have two children together, twin daughters.

She also became a recurring guest host on the podcast Pardon My Take, as well as on the TV show Pardon the Interruption. During the following years, Nichols interviewed Meek Mill and Philadelphia 76ers co-owner Michael Rubin on criminal justice reform, Mark Cuban after an NBA investigation into workplace harassment within the Dallas Mavericks organization, and Kobe Bryant in one of his final interviews.
In 2021 Nichols was nominated for “Outstanding Sports Personality or Studio Host Sports Emmy Awards.

Plans for The Jump to serve as the Finals pregame show were ended amid the COVID-19 pandemic. This was when NBA Countdown with host Maria Taylor was made the Finals’ pregame and halftime program. Within the 2020 NBA Bubble, an employee at ESPN’s Connecticut headquarters used a mobile phone to record her in her hotel room without her knowledge. The recording consisted of a phone call with Lebron James’ advisor Adam Mendelson, which was reportedly 30 minutes long, taken from a continuous video feed connected to ESPN’s servers.

The employee then sent the recording to ESPN employees and executives, together with Deadspin. Deadspin later refused to publish the video claiming that it was an attempt to discredit Nichols and that the employee may have committed a crime. She was then the sideline reporter for the 2020 NBA Finals and hosted its championship trophy presentation. After one year, four minutes of edited footage from the phone call leaked to The New York Times prior to the 2021 NBA Finals amid ESPN’s deal negotiations with Taylor. The footage consisted of her noting that being NBA Countdown host for the 2020 Finals ”is in my contract in writing” and had been revealed via press release by ESPN.

Nichols alleged that internal pressure from a New York Times investigation into racism at ESPN and the network’s crappy record on diversity” led to an executive requesting her to step aside for Taylor. In response to the article, ESPN removed her from sideline reporting for the 2021 Finals and skipped airing The Jump for a day prior to the comeback, and issued an on-air apology to Taylor. NBA players such as Kareem Abdul-Jabbar, Vince Carter, and Chris Paul then appeared on The Jump over the next few days.

Almost seven weeks following the NBA Finals, ESPN canceled The Jump and released Nichols from its programming. At the time, she had more than one year left on her deal. As Connecticut and Florida are two-party consent states for the lawful recording of phone calls and conversations, she was reported to have a strong legal case over ESPN. She then with ESPN and left the network, in January 2022.

American journalist and sportscaster, Nichols has been active as a sports journalist and television host from 1995 to the present. She has an estimated net worth of around $10 million as of 2022.