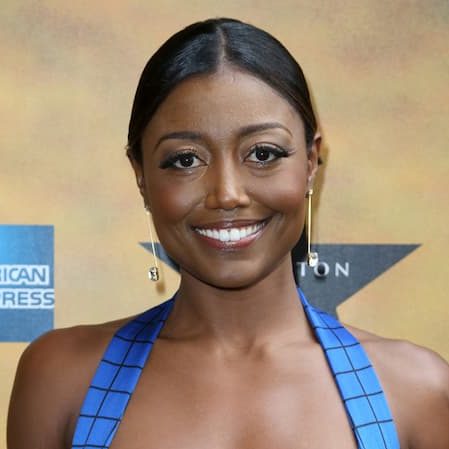 This article will answer every question you have about Patina Miller. Below are some of the frequently asked questions about her.

Who is Patina Miller?

Patina Renea Miller is an American well-known actress and singer. Her breakout role was in 2009 as originating the role of disco diva wannabe Deloris Van Cartier in the West End and 2011 Broadway productions of Sister Act for which she earned a Laurence Olivier Award and Tony Award nominations respectively.

In 2013, she starred as the Leading Player in the Broadway revival of Pippin for which she won the Tony Award for Best Actress in a Musical. Currently, she is starring as the Witch in the 2022 Broadway revival of the Stephen Sondheim musical Into the Woods. Moreover, she is notably known for her role as Commander Paylor in The Hunger Games: Mockingjay films, and her starring role as Daisy Grant in the CBS political drama Madam Secretary. Also, she starred in the PBS series Mercy Street (2017). In 2021, she began starring in the Starz television drama Raising Kanan as Raquel “Raq” Thomas.

How Old Is Patina Miller?

She is 37 years old as of August 2022, having been born on November 6, 1984, in Pageland, South Carolina, U.S. Miller shares her birthdate with celebrities such as; Lauren Orlando, Anna Shumate, Hero Fiennes Tiffin, Emma Stone, Ali-A, and many more.

Who are Patina Miller’s Parents?

She was born to Robin Burch (Mother) a Baptist minister. But her father’s name and whereabouts are unknown as she was born in a single-parent home.

Does Patina Miller have Siblings?

She received her education at South Carolina Governor’s School for the Arts & Humanities. Later, she graduated with a degree in musical theatre from Carnegie Mellon University in 2006.

She is married to the love of her life, David Mars, a venture capitalist. They married on June 14, 2014, in New York City.

She and her husband David have a kid. A daughter by the name of Emerson Harper Mars (born on August 9, 2017).

In 2005, she was one of three finalists for the role of Effie White in the musical drama Dreamgirls alongside Capathia Jenkins and Jennifer Hudson. (which Hudson ultimately won the Academy Award for Best Supporting Actress). Next, she was cast as Pam Henderson in the daytime soap opera All My Children in 2007 and appeared in 30 episodes of the show. Moreover, in the summer of 2008, she performed in a Central Park production of Hair and was featured in the musical Romantic Poetry at the Manhattan Theatre Club that fall. She was cast as the lead role of Delores Van Cartier in Sister Act. On June 2, 2009, the London production opened at the London Palladium and although it received mixed reviews most critics singled out Miller and praised her performance.

On March 18, 2012, she played her final performance in the Broadway company and was thus replaced by Raven-Symone on March 27. Moreover, she starred as Linda in the City Center Encores! production of Lost in the Stars which ran from February 3 to 6, 2011. From December 5, 2012, to January 20, 2013, she performed as the Leading Player in the American Repertory Theatre production of Pippin. Recently, she reprised the role on March 23, 2013, in the Broadway revival. Through which began performances at the Music Box Theatre and officially opened on April 25, 2013.

Because of this role, she won the Outer Critics Circle Award and Tony Award for Best Actress in a Musical at the 67th Tony Awards. In 2014, she played Commander Paylor in The Hunger Games: Mockingjay — Part 1 and Part 2 in 2015. It was announced in May 2014, that she was cast as Daisy Grant. A press coordinator to Secretary of State Elizabeth McCord (Tea Leoni) in the CBS political drama Madam Secretary. Thus the show premiered on Sunday, September 21, 2014, on CBS as part of the 2014-15 television season. In 2019, she starred as the Witch in the Hollywood Bowl production of Into the Woods and went on to reprise the role in a 2022 Broadway revival at the St. James Theatre.

Patina Miller’s Salary and Net Worth

Her salary is not mentioned on the internet but has a net worth of $5 million.