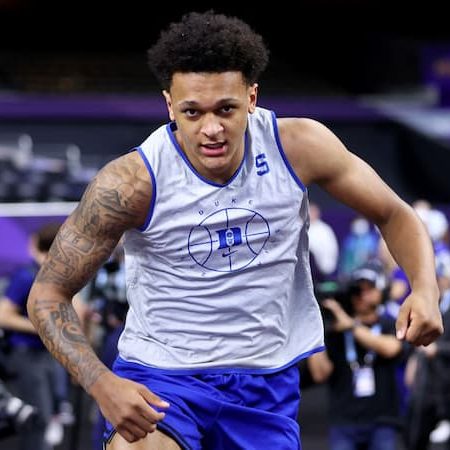 This article will answer every question you have about Paolo Banchero. Below are some of the frequently asked questions about him.

Who is Paolo Banchero?

Paolo Napoleon James Banchero is a well-known American-Italian professional basketball player for the Orlando Magic of the National Basketball Association (NBA). Banchero played college basketball for the Duke Blue Devils. He was later named the rookie of the year of the Atlantic Coast Conference (ACC) in 2022. After his freshman season, Paolo declared for the 2022 NBA draft, where he was picked by the Orlando Magic as the 1st overall selection.

In Paolo’s first year at O’Dea High School in Seattle, he played football, as the backup quarterback on the state championship team and also basketball. He then averaged 14.1 points and 10.2 rebounds per game as a freshman on the basketball team. In his sophomore season, he averaged 18.2 points, 10.3 rebounds, and 4.3 assists per game. He led O’Dea to the Class 3A state championship, where he was named the most valuable player.

Banchero averaged 22.6 points, 11 rebounds, 3.7 assists, and 1.6 blocks per game for the Class 3A runners-up as a junior. He received Washington Gatorade Player of the Year and MaxPreps National Junior of the Year honors. Paolo was then named to the McDonald’s All-American Game and Jordan Brand Classic rosters.

He was a consensus five-star recruit and among the top players in the 2021 class. Despite receiving offers from top NCAA Division I programs, such as Duke and Kentucky, most recruiting analysts predicted that he would commit to Washington. Despite the predictions, he later committed to playing college basketball for Duke on August 20, 2020.

Paolo scored 22 points in a 79-71 victory over Kentucky in his college debut. He received his 1st Atlantic Coast Conference ACC Freshman of the Week honor on November 15. Banchero scored 28 points and rebounds in a 107-8 win against the Citadel on November 23, 2021.

He was called 1st-team ACC as well as ACC Rookie of the Year. He was called a 3rd Team All-American on March 15, 2022. Within the 2022 NCAA tournament, he performed best, scoring 22 points against Texas Tech. As a freshman, he averaged 17.2 points, 7.8 rebounds, and 3.2 assists per game. Banchero declared for the 2022 NBA draft, forgoing his remaining college eligibility.

How old is Paolo Banchero

Banchero is currently 19 years old as of 2022, having been born on November 12, 2002, in Seattle, Washington. He shared his birthday with popular people including Al Michaels, Alan Surgical, Alex Carter, Alexandra Maria Lara, Alfredo Casero, Alistair Brammer, Angela Watson, and many more.

Who are Paolo Banchero’s Parents?

Banchero was born and raised to Mario and Rhonda Banchero. His parents were basketball and football stars at Washington.

Does Paolo Banchero have siblings?

Banchero grew up with his two siblings, he is the oldest of three children born to his parents.

He went to O’Dea High School in Seattle, Banchero played football as the backup quarterback on the state championship team, as well as basketball.

Banchero does not have a girlfriend. He has kept his personal life private from the media.

He was selected with the 1st overall pick by the Orlando Magic in the 2022 NBA Draft. He made his summer league debut on July 7 against the Houston Rockets with 17 points and 4 rebounds. And 6 assists in a 91-77 victory. Banchero made his preseason debut. Putting up 8 rebounds, 2 rebounds and 1 assist in a 109-97 loss to the Memphis Grizzlies on October 3, 2022.

He made his regular season debut, putting up 27 points, 9 rebounds,5 assists, and 2 blocks in a 113-109 loss to the Detroit Pistons on October 19. He also became the 1st player since LeBron James to put up at least 25 points, 5 rebounds, and 5 assists in an NBA debut.

An American-Italian professional basketball player for the Orlando Magic of the National Basketball Association (NBA) who has an estimated net worth of $2 million as of 2022.