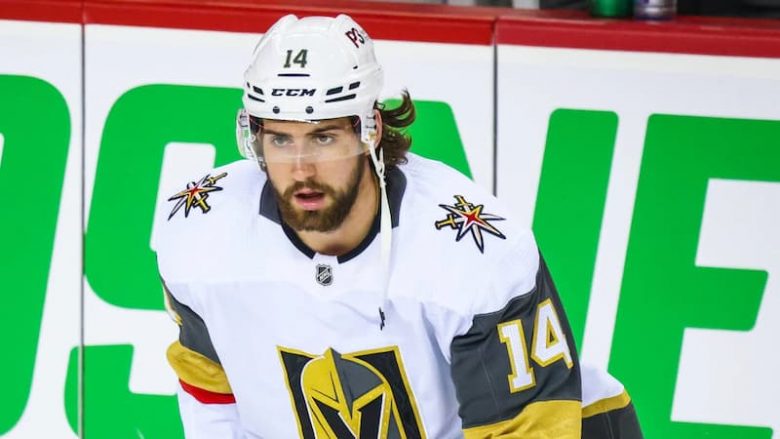 This article will answer every question you have about Nicolas Hague. Below are some of the frequently asked questions about him.

Who is Nicolas Hague?

Nicolas “Nic” Hague is a professional Canadian eminent ice hockey defenceman currently playing with the Vegas Golden Knights of the NHL (National Hockey League). He was selected by the Golden Knights in the 2017 NHL Entry Draft in the 34th overall.

How Old Is Nicolas Hague?

He is 23 years old as of September 2022, having been born on December 5, 1998, in Kitchener, Ontario, Canada. Nicolas shares his birthdate with celebrities such as; Jules LeBlanc, Lexi Hensler, Ava Kolker, Conan Gray, UnspeakableGaming, and many more.

Who are Nicolas Hague’s Parents?

He was born to Bob Hague (Father) and Sheila Hague (Mother).

Does Nicolas Hague have Siblings?

He is currently in a relationship with his girlfriend, Ally Bruder.

In the second round of the 2014 OHL Draft, he was drafted by the Mississauga Steelheads. Later, he was drafted in the 2017 NHL EWntry Draft 34th overall by the Vegas Golden Knights. On September 9, 2017, he went on to sign a three-year entry-level contract with the Golden Knights. And also attended their training camp before rejoining the Steelheads for the 2017-18 season. After leading his team in scoring following the 2017-2018 season and setting a Steelhead single-season record for defencemen (78 points), Nicholas was awarded the Max Kaminsky Trophy which is awarded to the OHL’s Most Outstanding Defenceman of the Year. Following the Steelheads’ elimination from the 2018 OHL Playoffs, on April 8, the Golden Knights assigned him to their American Hockey League (AHL) affiliate, the Chicago Wolves. On January 21, 2020, he scored his first career NHL goal against the Boston Bruins on goaltender Jaroslav Halak.

Nicolas Hague’s Salary and Net Worth