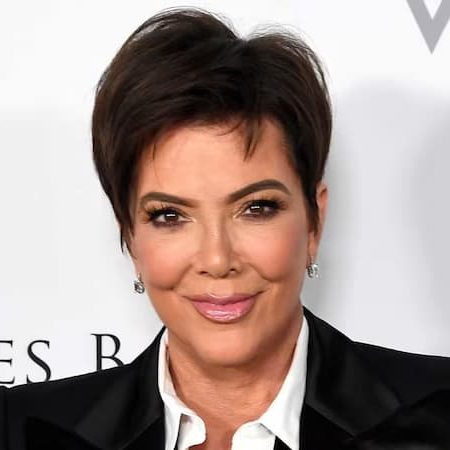 This article will answer every question you have about Kris Jenner. Below are some of the frequently asked questions about her.

Who is Kris Jenner?

Kristen Mary Jenner Houghton formerly Kardashian abbreviated as Kris Jenner is an American famous media personality, socialite, and businesswoman. She rose to fame by starring in the reality television series, Keeping Up with the Kardashians (2007 to 2021).

How Old Is Kris Jenner?

She is 66 years old as of September 2022, having been born on November 5, 1955, in San Diego, California, U.S. Kris shares her birthdate with celebrities such as; Odell Beckham Jr., Paige Mackenzie, Kevin Jonas, Semaj Lesley, and many more.

Who are Kris Jenner’s Parents?

She was born to Robert Houghton (Father, born on May 12, 1931, but died in March 1975) an engineer. And Mary Jo Campbell (Mother, born on July 26, 1934) owned a children’s clothing store. Her parents divorced when Kris was seven years old.

Does Kris Jenner have Siblings?

She received her education at Clairemont High School and graduated in 1973.

She is in a relationship with, Corey Gamble (born on November 10, 1980) a business executive and talent manager. However, she has been previously married twice. First, she was married to Robert Kardashian (born on February 22, 1944, but died on September 30, 2003) was an American attorney and businessman, they married on July 8, 1978, but divorced in March 1991. Second, she was married to Caitlyn Jenner (born on October 28, 1949) an American media personality and retired Olympic gold medal-winning decathlete, they married in April 1991, but divorced on March 23, 2015.

A Career at Keeping Up with the Kardashians

In 2007, she met with Ryan Seacrest to pursue a reality television show based on her family. Ryan had his own production company and decided to develop the idea of having the popular family-based show, The Osbournes. Eventually, the show was picked up to air on the E! cable network with Jenner acting as the executive producer. The series focuses on the personal and professional lives of the Kardashian-Jenner blended families. On October 14, 2007, the series debuted and has become one of the longest-running reality television shows in the country. On March 26, 2020, the 18th season of Keeping Up with the Kardashians started airing. And the shows have gone on to result in the development of several spin-offs such as Kourtney and Khloé Take Miami (2009), Kourtney and Kim Take New York (2011), Khloé & Lamar (2011), Rob & Chyna (2016), and Life of Kylie (2017).

A Career at Kris

She went on to host a pop culture-driven talk show, Kris. On July 15, 2013, the series began its six-week trial summer run on several Fox-owned stations. Kanye West, (her son-in-law) revealed the first public picture of her daughter North West on the show. However, the show’s six-week trial run was not extended.

A Career at The Kardashians

It was announced on December 31, 2021, that Jenner and her family would be appearing in a new series on Hulu called, The Kardashians. And the series went on to debut on April 14, 2022.

In addition to her television career, she runs her own production company, Jenner Communications, and is based in Los Angeles. Before the start of Keeping Up with the Kardashians, she has managed her daughters, Kim, Kourtney, Khloe, Kendall, and Kylie’s careers. Moreover, she is involved with the business management of her other daughters and son. In 2004, she opened a children’s boutique with her eldest daughter, Kourtney. The boutique was called “Smooch” and was open for almost six years before closing down in 2009. She went on to launch a clothing line, Kris Jenner Kollection with QVC in 2011. Previously, she had sold exercise equipment with QVC in the 1990s. In April 2020, she teamed up with her daughter Kim, to launch a perfume collaboration titled KKW x Kris.

In November 2011, her autobiography, Kris Jenner… and All Things Kardashian was released. Later, she wrote a cookbook entitled, In the Kitchen with Kris: A Kollection of Kardashian-Jenner Family Favorites which was released in October 2014.

Kris Jenner’s salary and Net Worth