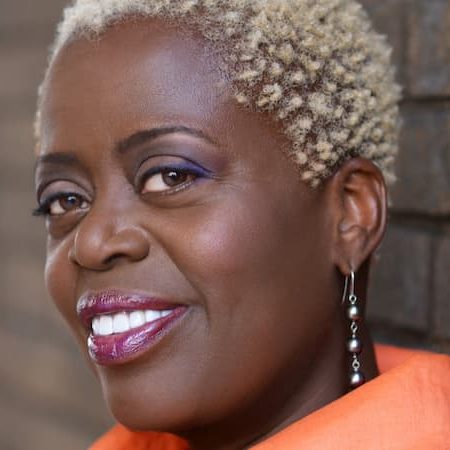 This article will answer every question you have about Lillias White. Below are some of the frequently asked questions about her.

Who is Lillias White?

Lillias White is an American prominent actress and singer. She is notably known for her performances in Broadway musicals. She won an Obie Award in 1989, because of her performances in the Off-Broadway musical Romance in Hard Times. In 1997, she won the Tony Award for Best Featured Actress in a Musical and Drama Desk Award for Outstanding Featured Actress in a Musical for portraying Sonja in CY Coleman’s The Life. Because of her work as Funmilayo in Fela Kuti’s Fela!, she was nominated for a Tony Award again in 2010.

Moreover, she is known for her roles as Calliope in the Disney film Hercules (1997) and its animated series of the same name; Evette in the film Pieces of April (2003) and as Fat Annie in the Netflix series The Get Down. Also, she starred in Rodgers and Hammersmith’s South Pacific as Bloody Mary on PBS’ Great Performances with Reba McEntire and in the PBS documentary In Performance at the White House. And is an active cabaret singer and has appeared in concert with the Boston Pops Orchestra, the Brooklyn Philharmonic, and Carnegie Hall.

How Old Is Lillias White?

Who are Lillias White’s Parents and Siblings?

According to news on the internet, it shows that she is possibly single.

In 1981, she made her Broadway debut in Barnum. That same year, she understudied the role of Effie in the original production of Dreamgirls and played the part in the 1987 revival for which she won the Drama League Award for Best Actress in a Musical. Moreover, he has also appeared on Broadway in Cats, Carrie, Once on This Island, How to Succeed in Business Without Really Trying, Chicago, and Fela! Because of her role in Cy Coleman’s The Life, she won the Tony, Drama Desk, and Outer Critics Circle Awards for her portrayal of a world-weary, no-nonsense, streetwise hooker named Sonja.

Off-Broadway, she has performed in the Pubic Theatre production of the William Finn musical Romance in Hard Times (1989) for which she won the Obie Award, Dinah Was (1998) at the Gramercy Theatre as singer Dinah Washington and the Second Stage Theatre production of Regina Taylor’s musical Crowns (2002), for which she and the cast won the AUDELCO Award, Outstanding Ensemble Performance. In 2014, she appeared Of-Broadway in the Primary Stages production of the play While I Yet Live by Billy Porter. The next year, she starred with Scott Wakefield Off-Broadway in the York Theatre Company’s World premiere of Alan Govenar’s musical Texas in Paris.

She, Andre De Shields, Stefanie Powers, and Georgia Engel appeared in the new musical Gotta Dance directed and choreographed by Jerry Mitchell which began performances at Chicago’s Bank of America Theatre on December 13, 2015, and ran through January 17, 2016. It was announced in August 2022, that White would play the role of Hermes in the Broadway musical Hadestown beginning on September 13, 2022. Thus she is the first woman to play the role.

A Concerts and Cabaret Career

Her concert performances to benefit the Actos’ Fund of America include. Dreamgirls in 2001, Funny Girl in 2002, and Hair in 2004. In 2006, she performed in the concert version of South Pacific which was broadcast by PBS Great Performances. She then went on to perform with the Brooklyn Philharmonic in a concert of works by Leonard Bernstein, Aaron Copland, and George and Ira Gershwin celebrating the orchestra’s 50th anniversary in July 2003. Also, she appeared in concert in March 2004, at Carnegie Hall singing Harold Arlen songs with the New York Pops. In November 2007, she performed her one-woman show at the Kennedy Center’s “Barbar Cook’s Spotlight” singing songs by Cy Coleman. In September 2014, she performed in a concert, Broadway’s Future Songbook at the New York Public Library for the Performing Arts at Lincoln Center.

A Television and Film Career

In addition to her career in concerts and cabaret, she has had television appearances. This include; a regular role on Sesame Street, Law & Order, Law & Order: Special Victims Unit, and NYPD Blue. Her other screen credits include voiceover work in Disney’s Hercules and Anastacia and appearances in How the Grinch Stole Christmas, Game 6, Pieces of April, and Then She Found Me.

Lillias White’s Salary and Net Worth

Her salary is not mentioned on the internet but has an estimated net worth of between $3 and $5 million.