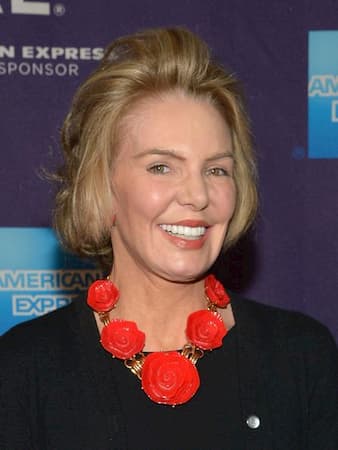 Lesley Visser (full name: Lesley Candace Visser) is an American sportscaster, television and radio personality, and sportswriter born on September 11, 1953. She is the first female NFL analyst on TV.

She is also the only sportscaster in history who has so far worked on Final Four, NBA Finals, World Series, Triple Crown, Monday Night Football, the Olympics, the Super Bowl, the World Figure Skating Championships, and also the U.S. Open network broadcasts. Visser was voted the No. 1 Female Sportscaster of all-time in a poll taken by the American Sportscasters Association and was elected to the National Sportscasters and Sportswriters Association’s Hall of Fame in 2015.

She attended South Hadley High School and later joining Boston College where she majored in English.

Visser was born to a school teacher and engineer, loving sports from an early age. She would go as former Boston Celtics guard Sam Jones on Halloween when other girls dressed up as Mary Poppins. Visser already wanted to be a sportswriter at the age of 10 but there was a problem that the job did not exist for women.

From 1983 to 2010, she was married to sportscaster Dick Stockton. Stockton broadcasts football and baseball for Fox and baseball and the NBA for Turner Sports. The couple had met at the sixth game of the 1975 World Series, where Stockton called Carlton Fisk’s iconic home run for NBC and Lesley was covering the game for The Boston Globe.

Lesley Visser suffered a jogging accident in New York’s Central Park in June 1993. She broke her hip then skidding head-first across the pavement. Visser needed surgery on her face and hip then in 2006 she also required an artificial hip replacement.

She won a prestigious Carnegie Foundation grant which entitled her to work as a sportswriter at The Boston Globe in 1974. For her 14 years at the Globe, she covered college basketball, the NBA, Major League Baseball, tennis, college football, golf, and horse racing. She was assigned to cover the New England Patriots in 1976 hence becoming the first-ever female NFL beat writer.

Sports Illustrated named The Boston Globe sports sections (1975–1980) the best sports section of all time in 2009. She made national news in January 1981 with her story regarding the 1978-79 Boston College basketball point-shaving scandal after some gamblers and members of the New York Mafia erroneously told her Boston College Eagle basketball player Michael Bowie was involved. The Globe finally reached a settlement with Bowie which included a confidential clause.

She served as a reporter for college football bowl games and the NFL playoffs games during Wild Card Saturday while at ABC Sports. Visser then contributed to horse racing including the Triple Crown, ABC’s Wide World of Sports, Major League Baseball, including the 1995 World Series, figure skating, Special Olympics, skiing, the Pro Bowl, and also an ABC series A Passion to Play. Visser co-hosted the network’s coverage of the “Millennium Tournament of Roses Parade.”
She covered the Super Bowl, college basketball, figure skating, and horse racing including the Triple Crown for ESPN. Visser also contributed to SportsCenter, NFL GameDay, and Monday Night Countdown.

Visser covered the fall of the Berlin Wall in 1989 where she focused on how sports would change in East Germany. She then became a regular on The NFL Today with Greg Gumbel, Terry Bradshaw and Pat O’Brien in 1990. She then became the first woman to cover the World Series in 1990. She became the first and only woman to handle the Super Bowl Trophy presentation in 1992. Visser went to ABC Sports and ESPN after CBS lost television rights to NFL games in 1993.

Visser re-joined CBS in August 2000. Her assignments were NFL, college basketball, Tennis, Figure Skating and Horse Racing as well as special projects for CBS News. She is a contributor to The NFL Today and college basketball. Visser became the first woman sportscaster to carry the Olympic Torch when she was honored in 2004 by the International Olympic Committee as a “pioneer and standard-bearer” in 2004.

She returned to roots as she now writes a column for CBSSports.com in September 2007.

Sometimes You Have to Cross When It Says Don’t Walk: A Memoir of Breaking Barriers Hardcover – December 26, 2017

The award-winning veteran sportscaster has not revealed her net worth.