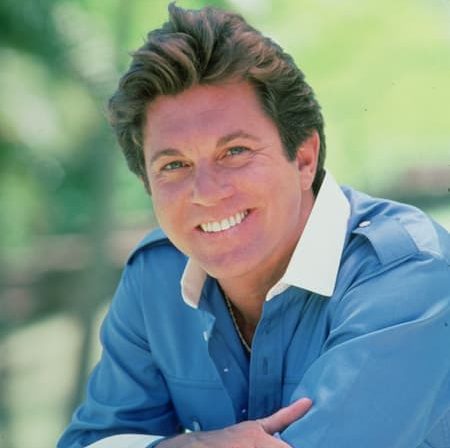 This article will answer every question you have about Larry Manetti. Below are some of the frequently asked questions about him.

Who is Larry Manetti?

How Old Is Larry Manetti?

He is 75 years old as of August 2022, having been born on July 23, 1947, in Chicago, Illinois, U.S. Manetti shares his birthdate with celebrities such as; David Dobrik, Daniel Radcliffe, Paul Wesley, Katie LeBlanc, Jess Conte, and many more.

Who are Larry Manetti’s Parents and Siblings?

He and his wife Nancy have one kid. A son by the name of Lorenzo Manetti (born on October 29, 1980) is a film producer.

His first television role was from 1973 to 1974, where he played a young detective in Jack Webb’s Chase. He went on to play pilot “Bobby Boyle” in Baa Baa Black Sheep (1976 to 1978) with Robert Conrad. Next, he followed with a role as a bookie on the short-lived NBC series, The Duke (1979) which also featured Conrad in the title role. From 1980 to 1988, his signature role on Magnum, P.I. lasted for the entire eight-year run.

Moreover, he has had co-starring roles in 25 feature films and guest starred on many other television shows including; Rockford Files, Emergency!, Starsky & Hutch, Tenspeed and Brown shoe, Fantasy Island, Battlestar Galactica, Renegade, Quantum Leap, JAG and Walker, Texas Ranger. In 1993, he had a minor role in the film CIA II: Target Alexa. He and Nancy Manetti have hosted a weekly radio program on CRN Digital Talk Radio Networks since July 2011. On January 24, 2013, it was announced that Manetti had joined CBS’s revived version of Hawaii Five-0 in the recurring role of “Nicky ‘The Kid Demarco’. Next, he appeared in the revival of Magnum P.I. in October 2019, playing the same character.

In addition to his career in acting, he is the author of the semi-autobiographical Aloha Magnum. The book is based on his time on Magnum P.I. and anecdotes about fellow cast members and celebrities such as Frank Sinatra, Elvis Presley, and Michelle Pfeiffer. Furthermore, he used to host a “Celebrity Brunch” and once owned a restaurant in the Plaza Hotel & Casino which was owned by his friend D.W. Barrick of Barrick Gaming Corporation.

Larry Manetti’s Salary and Net Worth

His salary is not mentioned on the internet but has a net worth of $2 million.