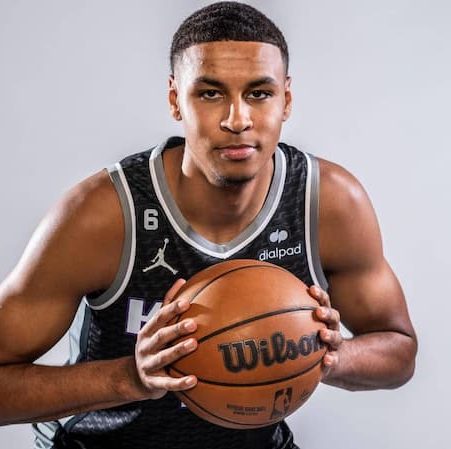 This article will answer every question you have about Keegan Murray. Below are some of the frequently asked questions about him.

Who is Keegan Murray?

Keegan Mitchell Murray is a professional American basketball player for the Sacramento Kings of the NBA (National Basketball Association). He was selected by the Kings in the 2022 NBA draft, 4th overall.

How Old Is Keegan Murray?

He is 22 years old as of October 2022, having been born on August 19, 2022, in Cedar Rapids, Iowa, U.S. Murray shares his birthdate with celebrities such as; Tony Lopez, Tayler Holder, Ethan Cutkosky, John Stamos, Bill Clinton, and many more.

Who are Keegan Murray’s Parents?

He was born to Kenyon Murray (Father) and Michelle Murray (Mother).

Does Keegan Murray have Siblings?

He has three siblings by the name of Kris (identical twin), McKenna, and Demetrius Harper.

He received his high school education at Prairie High School. After high school, he attended the University of Iowa.

He played basketball for Prairie High School. And he averaged 20.3 points and 7.2 rebounds as a senior and was named Metro Player of the Year. He then went on and spent a postgraduate year at DME Academy in Daytona Beach. At the National Prep School, he averaged 22.1 points and 7.5 rebounds per game thus earning the most outstanding player. As a three-star recruit, he committed to playing college basketball for Iowa.

He recorded a freshman season-high 14 points, nine rebounds, three steals, and three blocks on January 2, 2021, in a 77-75 win over Rutgers. Overall as a freshman, he averaged 7.2 points, 5.1 rebounds, and 1.3 blocks per game thus earning Big Ten All-Freshman Team honors. That same year on November 16, he posted 27 points, 21 rebounds, and 4 blocks in an 86-69 win against North Carolina Central.

This became the first 20-point, 20-rebound game by an Iowa player since Bruce King in 1977. However, he suffered an ankle injury on November 29, during a 75-74 win over Virginia, thus forcing him to miss a game. On February 13, 2022, he scored a career-high 37 points in a 98-75 win against Nebraska. As a sophomore, he was named to the First Team All-Big Ten and won the Karl Malone Award as the nation’s top power forward. He then declared for the 2022 NBA draft on March 29, 2022, forgoing his remaining college eligibility.

A Career with the Sacramento Kings (2022 to Present)

He was selected with the fourth overall pick by the Sacramento Kings in the 2022 NBA draft. On July 2, he made his summer league debut against the Golden State Warriors, putting up 26 points and 8 rebounds in an 86-68 win. He was named NBA Summer League MVP averaging 23 points, 7 rebounds, 2 assists, and 1 steal while shooting 50% from the field and 40% from three-point range. Also, he was named to the All-NBA Summer League First Team.

Keegan Murray’s Salary and Net Worth