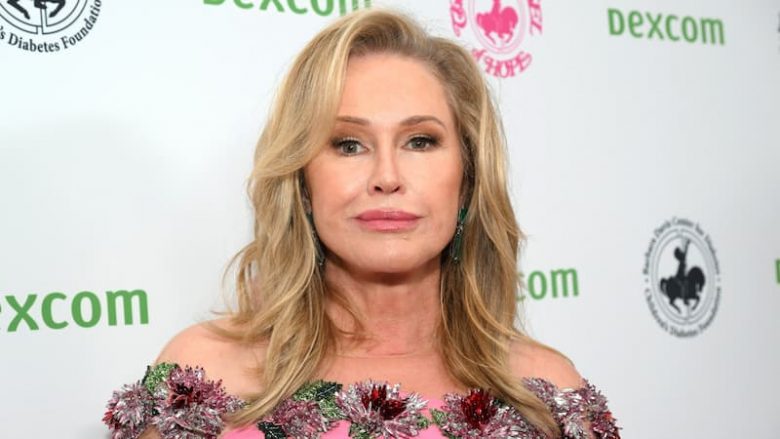 This article will answer every question you have about Kathy Hilton. Below are some of the frequently asked questions about her.

Who is Kathy Hilton?

Kathleen Elizabeth Hilton Avanzino formerly Richards is an American famous socialite, fashion designer, actress, and television personality. She is the mother of socialite Paris Hilton and fashion designer Nicky Hilton and the half-sister of The Real Housewives of Beverly Hills stars Kim Richards and Kyle Richards.

How Old Is Kathy Hilton?

She is 63 years old as of October 2022, having been born on March 13, 1959, in New York City, U.S. Hilton shares her birthdate with celebrities such as; Jordyn Jones, Jack Harlow, Nick Bean, LiLee Nelson, Ozuna, and many more.

Who are Kathy Hilton’s Parents?

Does Kathy Hilton have Siblings?

She received her education at Montclair College Preparatory School.

She began working as a child actress in 1968 and retired in 1979. Her notable appearances include Nanny and the Professor, Bewitched, Family Affair, Happy Days, and The Rockford Files, and has had film appearances including The Dark and On the Air Live with Captain Midnight. She then made a cameo of herself on the May 13, 2008, episode of The Young and the Restless. In 2005, she hosted the reality show, I Want To Be a Hilton on NBC.

And in 2011 she appeared on The World According to Paris. The next year in June, she commented that she refuses to watch her half-sisters Kim and Kyle Richards on The Real Housewives of Beverly Hills, stating they caused her to “break down in tears” over watching their lives “fall apart”. It was revealed in October 2022, that she would appear as a friend of the housewives for her 11th season of the show. Her addition to the show was well received by the public and soon she became a fan favorite. People called her “already a Real Housewives of Beverly Hills legend” in June 2021.

A Career in Business Ventures

She operated her own gift and antique store, The Staircase on Sunset Plaza in Los Angeles in the 1980s and early 1990s. She then debuted with 2002 merchandise sales on cable TV’s QVC home shopping network. In 2007, she began selling a signature skincare line on HSN. And the next year, she launched a perfume called “My Secret”. Since 2012, she has designed the Kathy Hilton Collection of party dresses, sold in 400 hundred stores worldwide including Neiman Marcus, Saks Fifth Avenue, and Nordstrom. She and her daughters Paris and Nicky modeled in December 2020 for the new Valentino 2021 resort collection in a photo series for Vogue.

In addition to her acting, modeling, and business career, she raised money for the Make-A-Wish Foundation in 2007. This is by asking celebrities to auction some of their belongings and donating the proceeds to them. She alongside her two daughters, in 2011 received an award from the Starlight Children’s Foundation at its ‘A Stellat Night’ Gala in Century City, Los Angeles.

Kathy Hilton’s Salary and Net Worth