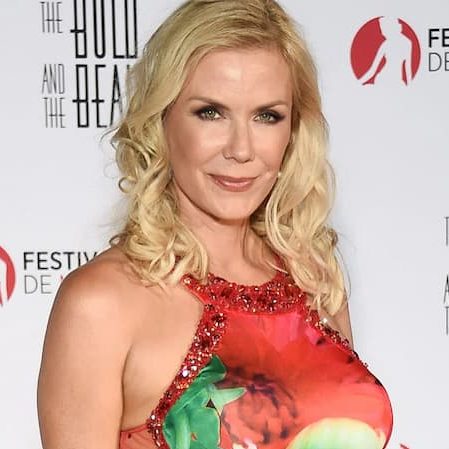 This article will answer every question you have about Katherine Kelly Lang. Below are some of the frequently asked questions about her.

Who is Katherine Kelly Lang?

Katherine Kelly Lang born Katherine Kelly Wegeman is an American well-known actress. She is prominently known for playing Brooke Logan in the CBS soap opera The Bold and the Beautiful of the CBS Daytime programming block.

How Old Is Katherine Kelly Lang?

She is 61 years old as of October 2022, having been born on July 25, 1961, in Hollywood, California, U.S. Katherine shares her birthdate with celebrities such as; Emily Ha, Juwany Roman, Meg Donnelly, Matt LeBlanc, Hasan Piker, and many more.

Who are Katherine Kelly Lang’s Parents?

Does Katherine Kelly Lang have Siblings?

She received her education at Beverly Hills High School.

She has three kids. Two kids with her first husband, Scott, two sons by the name Jeremy Snider (born on September 5, 1990, an actor and editor) and Julian Snider (born on October 11, 1992). And one kid with her second husband Alex, a daughter by the name of Zoe Katrina D’Andrea (born on May 11, 1997).

She made her acting debut in 1979 in the film Skateton, U.S.A. alongside Scott Baio, Maureen McCormick, and Patrick Swayze. She then followed this with guest roles in numerous television series such as the short-lived The Powers of Matthew Star and Masquerade and the long-running Riptide, Magnum, P.I., Happy Days, The Fall Guy, and the HBO comedy series 1st & Ten. Next, she starred in the 1996 television film Subliminal Seduction. In 1985, she appeared in three music videos: Alabama’s “There’s No Way” (where she played the love interest of Alabama lead singer Randy Owen), and The Beach Boys’ “Getcha Back” and its sequel “It’s Gettin’ Late”.

In 1987, he was offered the role of blue-collar Brooke Logan on the CBS soap opera The Bold and the Beautiful for the CBS Daytime programming block and has been an integral part of the program ever since. Her love affair with Ridge Forrester (originally played by Ronn Moss, and since 2013 by Thorsten Kaye) has been a key story arc for 35 years. Also, a love triangle between Brooke, Ridge, and Taylor (Originally played by Hunter Tylo and since December 2021 Krista Allen) stretched over more than thirty years starting with Taylor’s entrance to the show in 1990. As of February 2015, she is one of only two actors to be on The Bold and the Beautiful throughout the series.

The other is John McCook who portrays Eric Forrester. Moreover, she appeared as Brooke in The Young and the Restless in 1999. Then, she interacts with Eric Braeden (Victor)Peter Bergman (Jack), and Eileen Davidson (Ashley). Previously, she appeared on The Young and the Restless as Gretchen in 1981. Also, she returned to the soap for a brief stint in July 2007. Her work as Brooke has been highly appreciated with seven Soap Opera Digest Award nominations, beginning in 1991 and most recently in 2005.

She then made a special guest appearance as herself in 2016, in the Australian soap opera Neighbours on 10 Peach. In January 2019, she returned to Australian television as a contestant on I’m a Celebrity… Get Me Out of Here! for season 5. That same year in October, she made a guest appearance on the Greek soap opera “8 lexeis” for SKAI TV. Furthermore, she played Grace Heart, a reporter who traveled from New York to Corfu, Greece only that was not her true identity!

Her salary is not mentioned on the internet but has a net worth of $12 million.