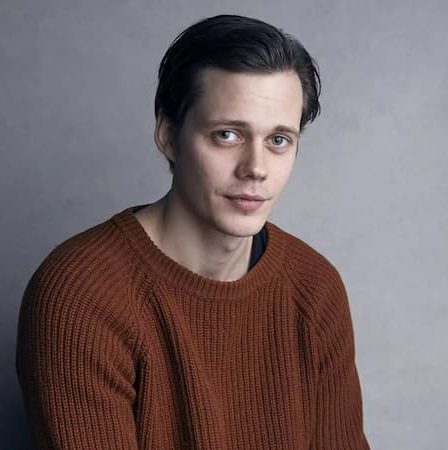 This article will answer every question you have about Bill Skarsgård. Below are some of the frequently asked questions about him.

Who is Bill Skarsgård?

Bill Istvan Gunther Skarsgard is a Swedish famous actor, producer, director, writer, voice actor, and model. He is notably known for portraying Pennywise the Dancing Clown in the supernatural horror films It (2017) and It Chapter Two (2019), based on Stephen King’s novel of the same name. Also, he voiced the Deviant Kro in the Marvel Cinematic Universe film Eternals (2021).

How Old Is Bill Skarsgard?

Who are Bill Skarsgard Parents?

Does Bill Skarsgard have Siblings?

He received his education at Sodra Latin.

He is in a relationship with his girlfriend Alida Morberg (born on January 30, 1985) a Swedish actress.

He has one id with his partner Alida. A daughter born in October 2018.

He was nominated for a Guldbagge Award in 2011, because of his leading role as Simon in Simple Simon. At the age of 21, he won the European Film Academy’s Shooting Stars Awards in 2012. At the beginning of the following year, he played the role of Roman Godfrey in the Netflix original Hemlock Grove. In April 2014, he was featured on the cover of Hero – a bi-annual men’s fashion and culture magazine shot by Hedi Slimane. In the issue, he is interviewed by his father.

He then went on to play Matthew in the science fiction thriller The Divergent Series: Allegiant (2016). This became his first major American film. Moreover, he played horror villain Pennywise the Dancing Clown in the 2017 film It and reprised the role in the 2019 sequel. Also, he was a series regular as a young man with an unusual problem on 2018’s Castle Rock. That same year, he portrayed Zeitgeist in Deadpool 2. In 2020, he played Mateo in episode 4 of AMC’s anthology series Soulmates.

The next year, he voiced the main antagonist Kro in Eternals. He then portrayed Clark Oloffson, the notorious Sweedish criminal whose involvement in the Morrmalmstrong robbery gave rise to the term Stockholm syndrome in the 2022 Netflix miniseries Clark. Next, he will play an undisclosed role in John Wick: Chapter 4. And he is set to lead the reboot of The Crow directed by Rupert Sanders. Also, he has been cast as Count Orlok in the upcoming remake of Nosferatu.

Bill Skarsgard Salary and Net Worth