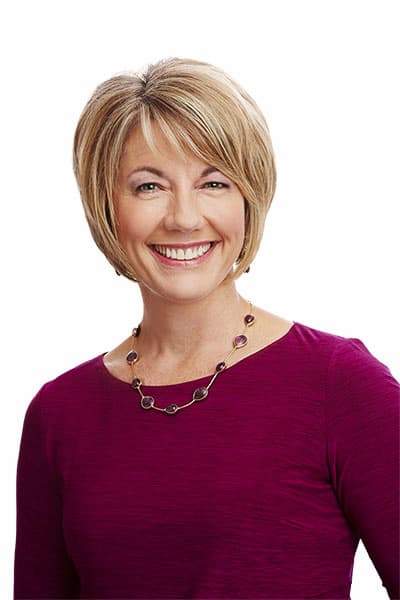 Joyce Garbaciak is an American Veteran broadcaster and journalist who serves as co-anchor of WISN 12 News at 6:00 and 10:00. She had the privilege to have a one-on-one interview with President Barack Obama, President Bill Clinton, and New York Archbishop Timothy Dolan. In 2012, Joyce was inducted into the Silver Circle, a lifetime achievement honor bestowed by the National Academy of Television Arts and Sciences.

Joyce has some 30 years in the Milwaukee television market, and in that time has had one-on-one interviews with President Barack Obama, President Bill Clinton, and New York Archbishop Timothy Dolan. An investigative series she reported led to a change in Wisconsin law regarding the posting of code violations at day-care centers.

In 2012, Joyce was inducted into the Silver Circle, a lifetime achievement honor bestowed by the National Academy of Television Arts and Sciences. Joyce left WITI-TV after 17 years as a primary news anchor and reporter. At one point, she successfully anchored three daily newscasts including the 10 p.m. report. She joined WISN in 2006 because the position allowed her to work part-time on fulfilling, meaningful projects and still be more hands-on at home with her family.

She serves on Northwestern’s Council of 100, an invitation-only alumnae organization dedicated to mentoring and helping students transition from college to employment. Prior to coming to Milwaukee, Joyce worked as a reporter and anchor in Nashville and Wausau and has served as visiting faculty at the Poynter Institute, a journalism think-tank in St. Petersburg, Fla.

Apparently, information about her family and personal life has not yet been updated.

Garbaciak received her bachelor’s and master’s degrees from Northwestern University’s prestigious Medill School of Journalism, graduating with high honors and receiving an RCA/NBC Fellowship to complete her graduate studies.

According to some sources, a Journalist earns an average salary of $61k. Whereas the best news reporter makes a salary that ranges from $75k to $80k.

Joyce has an estimated net worth of $million, but the amount is yet to reveal and is still under review. Her major source of income is her journalism career where she is working for years.

She is a seven-time Chicago regional Emmy Award winner, and a documentary on bullying that she hosted went on to win national recognition with the prestigious George Foster Peabody Award and an Edward R. Murrow Award.