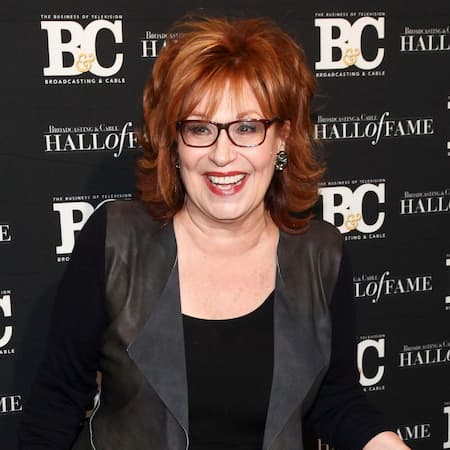 This article will answer every question you have about Joy Behar. Below are some of the frequently asked questions about her.

Who is Joy Behar?

Josephine Victoria “Joy” Behar is a well-known American actress, comedian, television host, and writer. Joy co-hosts the ABC daytime talk show, The View where she is the only original panelist still regularly appearing. From 2009 to 2011, she hosted “The Joy Behar Show on HLN.

From 2012 she hosted Joy Behar: Say Anything! on Current TV until the channel switched formats in August 2013. Her latest weekly late-night talk show, Late Night Joy aired on TLC in 2015. She has also written The Great Gasbag: An A-Z Study Guide to Surviving Trump World.

In the early 1980s, Behar started her career in show business as a receptionist and a later producer on Good Morning America. Behar made appearances on ABC’s Good Morning America as a stand-up comedian and The New Show, a short-lived Lorne Michaels NBC project. She then in 1987 hosted a variety talk show on Lifetime Television called Way Off-Broadway that included Larry David as a writer and performer. Joy had minor film roles including Cookie, Manhattan Murder Mystery, and This Is My Life.

How Old Is Joy Behar?

She is 79 years old as of March 2022, having been born on October 7, 1942, in New York City, U.S. Behar shares her birthdate with celebrities such as; Vladimir Putin, Simon Cowell, LDShadowLady, Kira Kosarin, Ryan Trahan, and many more.

Who are Joy Behar’s Parents?

She was born to Gino Occhuito (Father) a truck driver for Coca-Cola, and Rose Carbone (Mother) was a seamstress.

Does Joy Behar have Siblings?

She is the only child raised in her family

She received her high school education at Washington Irving High School. She attended Queens College and earned a Ba in sociology in 1964, she also enrolled at Stony Brook University and earned an MA in English education in 1966. Behar studied acting at the HB Studio.

She is married to Steve Janowitz, they married in 2011. Joy had also been married previously by Joe Behar from 1965 but divorced in 1981.

She has a daughter together with Joe Behar by the name of Eve Behar Scotti.

A Career at The View

Joy became one of the original panelists of the ABC daytime talk show, “The View” in 1997, which was co-created by Barbara Walters. She only appeared on the day Walters was off but eventually became a permanent co-host. Behar and other co-hosts Barbara Walters, Elisabeth Hasselbeck, Sherri Shepherd, and Whoopi Goldberg won the Daytime Emmy Award for Outstanding Talk Show Host following over a decade of nominations for the show. It was announced on March 7, 2013, that Behar would be leaving the show at the end of the current season. Her last show for “The View” was on August 9, 2013. After her departure in 2013, Joy continued to guest co-host throughout 2014 and 2015. ABC announced on August 25, 2015, that Behar would return as a regular co-host starting with the premiere of the 19th season on September 8, 2015.

A Career at The Joy Behar Show

Starting in 2007, Joy occasionally filled in as a guest host on Larry King Live. And on June 11, 2009, she announced that she would be hosting her own news/talk program on CNN’s HLN beginning in the fall of 2009. The show was titled “The Joy Behar Show”. Behar did not leave The View, instead, she worked on both shows simultaneously. Despite Behar’s show being the second-highest-rated show, HLN decided to cancel the show after only two years. The last broadcast of the show was aired on December 15, 2011.

A Career at Joy Behar: Say Anything!

It was formally announced in June 2012 that Joy would be getting another talk show, “Joy Behar: Say Anything! which premiered on September 4, 2012, on the Current TV network. The show ended due to Current TV being purchased by Al Jazeera and being replaced by Al Jazeera America in August 2013.

A Career in Late Night Joy

Joy had a short-lived weekly late-night talk show, “Late Night Joy” which premiered on TLC on November 4, 2015. The show was canceled after 5 episodes.

Joy has performed in theatrical plays, including Love, Loss and What I wore, The Food Chain, and The Vagina Monologues. Behar has also performed in an Off-Broadway one-woman show entitled Me, My Mouth and I. She also has written multiple books, such as a collection of humorous essays and stories called Joy Shtick-Or What Is the Existential Vacuum and Does It Come with Attachments? She has also written a children’s book published in 2006 called “Sheetzcacapoopoo: My Kind of Dog. Joy has appeared on the 8th season of Bravo’s Celebrity Poker Showdown. Also on October 27, 2017, she appeared as a guest on Real Time With Bill Maher. Behar in the 2011 comedy film “Hall Pass”, portrayed the role of Dr. Lucy, and also recurred in Woody Allen’s Amazon series, Crisis in Six Scenes.

Joy Behar Salary and Net Worth

She has an annual salary of $7 million and a net worth of $30 million.