By Ephantus Gichuki on Thursday, February 17, 2022 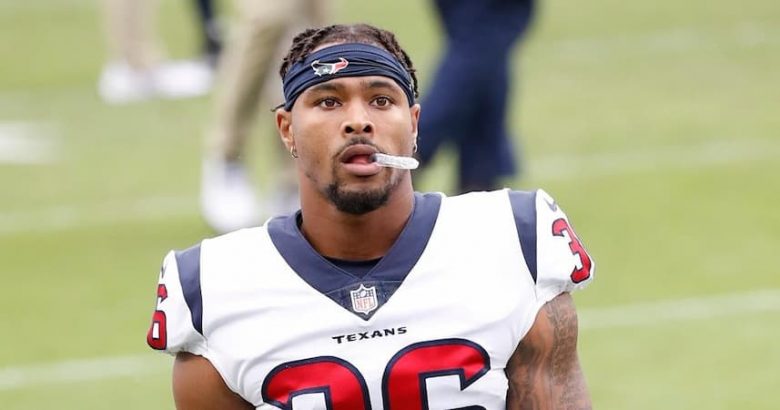 This article will answer every question you have about Jonathan Owens. Below are some of the frequently asked questions about him.

Who is Jonathan Owens?

Jonathan Owens is noted as an American football safety for the Houston Texans of the NFL (National Football League).

How Old is Jonathan Owens?

Who are Jonathan Owens’ Parents?

He was born to Arthurine Cannon (Mother). His father’s whereabouts are not included. In case of any news regarding his father, we will update it here as soon as possible.

Does Jonathan Owens have any Siblings?

Information about her sister is kept private, but an Instagram post made by Owens shows that he has an elder sister. In case there is more news regarding his siblings, we shall update it here as soon as possible.

He received his high school education at Christian Brothers College, he played high school football under coach Scott Pingle. He then enrolled at the Missouri Western State University.

Owens is not married yet but he is engaged to Simone Biles a USA gymnast. Their engagement was announced on February 15, 2022.

Owens together with her fiance has no kids. But in case of new news regarding their children, we will update it here as soon as possible.

A Career at College

During the 2013 season after the end of his redshirt year, Jonathan played defensive back for Missouri Western State University (MWSU). In 2017 during his final season, he was MWSU Male Student-Athlete of the Year. Jonathan also during the 2017 season was part of the All-Mid-America Intercollegiate Athletics Association (MIAA) Second Team. Owens throughout the course of his college career was on the MIAA Academic Honor Roll.

A career at the Arizona Cardinals

Following the 2018 NFL Draft, Jonathan signed with the Arizona Cardinals as an undrafted free agent. Owens due to an injury was withdrawn before the 2018 season and spent the entire season on injured reserve. He was then relinquished by the Cardinals on August 31, 2019.

A Career at the Houston Texans

Jonathan Owens Salary and Net Worth