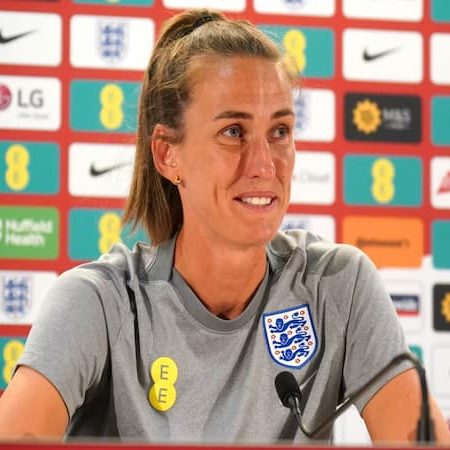 This article will answer every question you have about Jill Scott. Below are some of the frequently asked questions about her.

Who is Jill Scott?

Jill Louise Scott MBE is a professional English former football player who played as a midfielder. She was described as one of England’s four outstanding players reported by the FIFA technical report into the 2011 Women’s World Cup. Moreover, she is nicknamed “Crouchy” after male international footballer Peter Crouch. In 2006, she left her home club, Sunderland, for Everton and went on to contribute to the Blues’ FA Women’s Premiere League Cup win in 2008 and FA Women’s Cup victory in 2010. On the individual level, she was voted 2008 FA Players’ Player of the Year and 2011 FA International Player of the Year.

How Old Is Jill Scott?

She is 35 years old as of November 2022, having been born on February 2, 1987, in Sunderland, England. Jill shares her birthdate with celebrities such as; Shakira, Tyler Brown, Chad Franke, Dylan Chapman, Soni Nicole Bringas, and many more.

Who are Jill Scott’s Parents?

She was born to Mr. Scott (Father) and Doreen Scott (Mother).

Does Jill Scott have Siblings?

She received her education at Gateshead College where she did a BTEC National Diploma in Sport and Exercise Science and remained at the college to study for a University of Sunderland foundation degree in sports and exercise development. Later, she enrolled at Loughborough University to study sports.

She is engaged to her long-time partner Shelley Unit. They became engaged in March 2020.

A Career with Sunderland

She began her senior career with Sunderland Women. Aged only 18 years, in October 2005, she won the Women’s Player of the Month award for September because of her performances for both her club and also her country (at the under-19 level).

A Career at Everton

In July 2006, she joined Everton Ladies having turned down an approach from Doncaster Rovers Belles. Her first game for Everton came in July 2016, in a 3-0 defeat against Arsenal Ladies in the FA Women’s Community Shield. Because of her exemplary performance, at the end of the 207-08 season, she picked up the FA Tesco Players’ Player of the Year award. Moreover, nominated were Arsenal’s Alex Scott and Karen Carney. In April 2012, she was appointed as one of the eight digital media ambassadors, one from each team, who wear their Twitter account name on their shirt sleeves to raise the profile of the WSL. At the end of the 2013 season, she decided to leave Everton. In her first spell at Everton, she won the FA Women’s Premiere League Cup and the FA Women’s Cup, playing both finals.

A Career with Manchester City

After leaving Everton, she went on and signed a two-year deal with Manchester City. This move proved a success as she played her part in securing the Continental Cup Trophy for Manchester City in 2014. However, she was shown a red card in April 2015 and was banned for three matches for headbutting Arsenal’s Jade Bailey during Manchester City’s 1-0 defeat. In June 2020, she signed a two-year contract which saw her take up a coaching role at the club. On August 29, 2020, at the 2020 Women’s FA Community Shield, she was shown another red card for two bookable offenses in Manchester City’s 2-0 defeat by Chelsea at Wembley Stadium.

A Career return to Everton (loan)

A Career with Aston Villa (loan)

On January 25, 2022, she signed for Aston Villa on loan until the end of the season. And she announced on August 23, 2022, her retirement from football.

A Career with England

Besides playing at the club level, she has also played football internationally. Thus she played for the England Under-19s side at the junior level scoring three times in three games and England won through the first round of qualifying for the 2006 UEFA Under-19s tournament. Her first call-up to the England senior squad came in May 2006. And in August 2006, she made her debut for the England senior tea, coming on as a late substitute for Kelly Smith in a 4-0 win.

For the 2007 World Cup, she made the squad coming on as a substitute in England’s opening match against Japan. Moreover, she went on to score her first international goal in the 6-1 win against Argentina in the group stage. However, England bowed out of the quarter-final stage after a 3-0 defeat against the United States. She was one of the first 17 female players to be given contracts by The Football Association in May 2009. She then went on to score against New Zealand at the 2011 FIFA Women’s World Cup in England’s 2-1 group B win. And also put England ahead against France in the quarter-final, but did not take a penalty in her team’s 3-4 shootout defeat following a 1-1 draw.

In the 2020 New Year Honors, she was appointed Member of the Order of the British Empire (MBE) because of her services to women’s football. She then made her 150th appearance for the England team on February 23, 2021, in a game against Northern Ireland. In the game, she would captain and play the whole 90 minutes as England won 6-0. On August 23, 2022, she announced her retirement from football. She retired as England’s second-most capped international footballer (men and women) behind Fara Williams.

A Career with Great Britain

She was appointed as the coach of the Women’s Football Academy at Gateshead College in September 2008, with former Darlington manager Mick Tait taking over as coach of the Men’s Academy.

Jill Scott’s Salary and Net Worth

News on the internet shows that she has a weekly salary of $30,000 and an estimated net worth of $4 million.