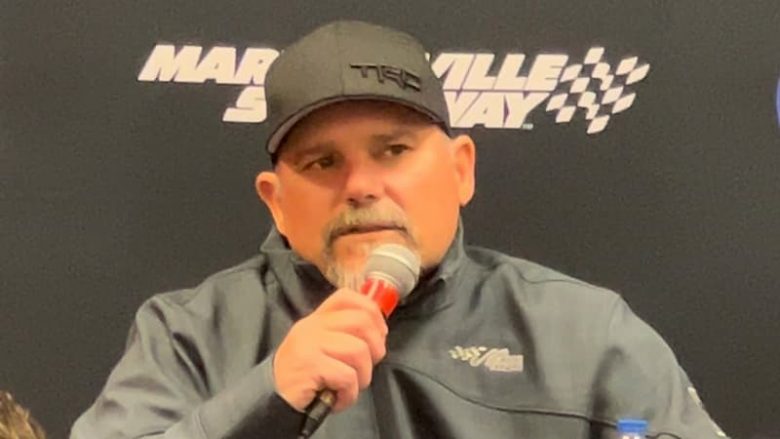 This article will answer every question you have about Coy Gibbs. Below are some of the frequently asked questions about him.

Who is Coy Gibbs?

Coy Randall Gibbs was a well-known American NASCAR driver, an assistant coach with the Washington Redskins, and co-owner of Joe Gibbs Racing. He was the son of five-time NASCAR Cup Series championship-winning owner and Pro Football Hall of Famer.

How Old Is Coy Gibbs?

He was 49 years old at the time of his death on November 6, 2022. Having been born on December 9, 1972, in Fayetteville, Arkansas, U.S. Coy shared his birthdate with celebrities such as; Kendall Vertes, Charm Norris, Caleb Finn, PnB Rock, Deji, and many more.

Who are Coy Gibbs’s Parents?

Does Coy Gibbs have Siblings?

He had a brother by the name of J.D. Gibbs (born on February 21, 1969, but died on January 11, 2019) was an American professional stock car racing driver and co-owner of Joe Gibbs Racing.

He received his education at Stanford University.

He was married to the love of his life Heather.

He and his wife have four kids. Three sons by the name Ty Gibbs (born on October 4, 2002, an American professional stock car racing driver), Case Gibbs, and Jett Gibbs. And a daughter by the name of Elle Gibbs.

From 1991 to 1994, he was a linebacker at Stanford University. There he went on to lead the team in tackles his senior season. After his father was re-hired as the Redskins coach in 2004, he joined the team as an Offensive Quality Control assistant serving in that capacity until 2007.

He made his NASCAR debut in 2000, in the Craftsman Truck Series, sharing the driving duties of the No. 18 Chevrolet with his brother J.D. He then began his racing full-time in 2001, posting two-top five finishes and finishing 10th in points both in 2001 and 2002. The following year, he replaced Mike McLaughlin in the Busch Series, nailing down two top-ten finishes and being named runner-up in the Rookie of the Year race to David Stremme. He retired from racing at the conclusion of the season.

In 2002, one of Coy’s more notable moments in NASCAR came when he and Kevin Harvick raced in the spring Truck Series race at Martinsville Speedway. Coy, driving the #18 truck for his father’s team made contact with Harvick who was driving the #6 truck that he owned. Later Harvick retaliated by intentionally wrecking Coy after a restart, which resulted in the #6 being parked for the remainder of the race. NASCAR then determined that Harvick had violated his probation and he was put on a month’s probation prior to an altercation with Greg Biffle.

He announced the formation of Joe Gibbs Racing Motorcross (JGRMX) in August 2007, competing in the MA motocross and supercross championships. Coy then headed up the operation along with help from Motorcross industry veteran David Evans.

Coy Gibbs’s Salary and Net Worth

His salary is not mentioned but had an estimated net worth of between $5 and $10 million.