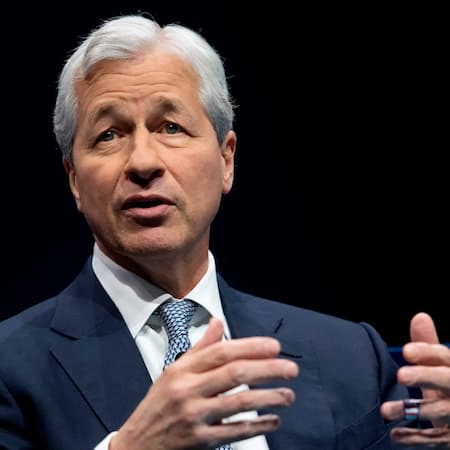 This article will answer every question you have about Jamie Dimon. Below are some of the frequently asked questions about him.

Who is Jamie Dimon?

James Dimon abbreviated as Jamie Dimon is an American famous billionaire businessman and banker who has been the chairman and chief executive officer of JPMorgan Chase-the largest of the big four American banks- since 2005. Previously, he was on the board of directors of the Federal Reserve Bank of New York. In 2006, 2008, 2009, and 2011, he was included in Time magazine’s lists of the world’s 100 most influential people.

Nevertheless, he is one of the few bank chief executives to become a billionaire, largely because of his US$485 million stake in JPMorgan Chase. For the fiscal year 2011, he received a $23 million pay package more than any other bank CEO in the US. However, in 2012, his compensation was reduced to $11.5 million by JPMorgan Chase following a series of controversial trading losses amounting to $6 billion. In the fiscal year 2017, he received $29.5 million.

How Old Is Jamie Dimon?

He is 66 years old as of August 2022, having been born on March 13, 1956, in New York City, U.S. Jamie shares his birthdate with celebrities such as; Jordyn Jones, Jack Harlow, Nick Bean, Ozuna, Tristan Thompson, and many more.

Who are Jamie Dimon’s Parents?

He was born to Theodore Dimon (Father) and Themis Dimon (Mother).

Does Jamie Dimon have Siblings?

He has two brothers by the name Peter Dimon and Ted Dimon.

He is married to the love of his life, Judith Kent. They married in 1983, after having met at Havard Business School.

He and his wife Judith have three kids. Three daugters by the name Kara Leigh Dimon, Julia Dimon, and Laura Dimon.

Commercial credit and transition into Citigroup Career
In 1985, Sandy Weill left American Express and Jamie followed him. The two then took over Commercial Credit, a consumer finance company from Control Data. Jamie went on to serve as the chief financial officer at the age of 30, thus helping to turn the company around. In 1998, he and Weill were able to form a large financial services conglomerate, Citigroup this was through a series of mergers and acquisitions. However, in November 1998, he left Citigroup, after being asked to resign by Weill arguing in 1997 over Janie’s not promoting Weill’s daughter, Jessica M. Bibliowicz.

In March 2000, he became CEO of Bank One, the nation’s fifth largest bank. In July 2004, when JPMorgan Chase, Jamie became president and chief operating officer of the combined company. On December 31, 2005, he was named CEO of JPMorgan Cahes whereas, on December 31, 2006, he was named Chairman and President. Under his leadership, JPMorgan Chase has become the leading U.S. bank in domestic assets under management, market capitalization value, and publicly traded stock value. Jamie was involved in a high-profile heated exchange with Mark Carney, the governor of the Bank of Canada on September 26, 2011.

There, Jamie said provisions of the Basel III international financial regulations discriminate against U.S. banks and are “anti-American”. JPMorgan Chase initiated an emergency conference call on May 10, 2012, this was to report a loss of at least $2 billion in trades that Jamie said were “designed to hedge the bank’s overall credit risks”. In January 2012, he commented on the Volcker Rule, “Part of the Volcker Rule I agreed with, which is no prop trading. For 2011 and 2012, he served as chairman of the executive committee of The Business Council. Moreover, it was announced on January 24, 2014, that Jamie would receive $20 million for his work in 2013.

A Career in London Whale

In the case of the 2012 JPMorgan Chase trading loss, according to a US Senate report published after 9 months of investigation in March 2013. Thus Jamie misled investors and regulators in April as losses rose dangerously to $6.2 billion on a “monstrous” derivatives bet made by the so-called “London Whale” Bruno Iksii. On April 13, 2012, he dismissed press accounts of possible losses in Iksil’s book as a “tempest in a teapot” when he knew that Iksil had already lost $1 billion. A month later, he corrected that wrong information in May 2012, before the true damage was revealed after US Securities and Exchange financial watchdog started reviewing the losses.

JPMorgan Chase provided $317 billion in fossil fuels in 2015 since the Paris Agreement was adopted. This was by financing 33% more than any other bank. Greg Determann (Chase’s managing director) said “Mr. Jamie is quite focused on the industry. It’s a huge business for us and that’s going to be the case for decades to come”.

Jamie Dimon’s Salary and Net Worth