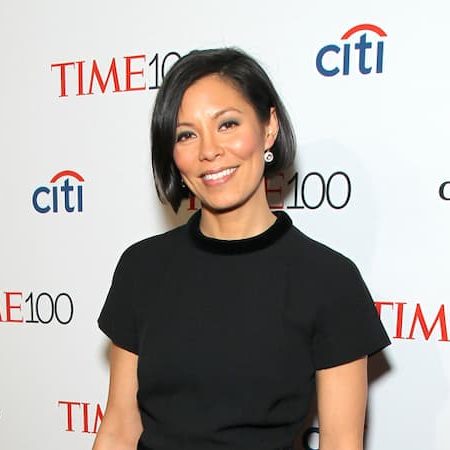 This article will answer every question you have about Alex Wagner. Below are some of the frequently asked questions about her.

Who is Alex Wagner?

Alexandra Swe Wagner abbreviated as Alex Wagner is an American well-known journalist and author. She is the co-host of The Circus on Showtime and the author of FutureFace: A Family Mystery, an Epic Quest, and the Secret to Belonging (One World/Random House). Moreover, she is a contributor for CBS News and a contributing editor at The Atlantic.

From 2011 to 2015, she was the anchor of the daytime program Now with Alex Wagner on MSNBC. From November 2016 until March 2018, she was a TV co-anchor on CBS This Morning Saturday. Since April 2016, she has been a senior editor at The Atlantic magazine. After serving as a fill-in host for both The Rachel Maddow Show and All In with Chris Hayes on MSNBC, beginning in August 2022, she is set to host her own new show in Maddow’s vacated slots.

How Old Is Alex Wagner?

She is 44 years old as of August 2022, having been born on November 27, 1977, in Washington, D.C., U.S. Alex shares her birthdate with celebrities such as; Sam Golbach, Bill Nye, Zoe Colletti, Bruce Lee, Bonnie Hoellein, and many more.

Who are Alex Wagner’s Parents?

She was born to Carl Wagner (Father) was of Luxembourger and Irish descent. And Tin Swe Thant (Mother) is an immigrant from Yangon (Rangoon), Myanmar (Burma).

Does Alex Wagner have Siblings?

There is no news on the Internet showing whether she has siblings or was born as the only child. In case there is news regarding this matter, we will update it here as soon as possible.

She received her high school education at Woodrow Wilson High School. After high school, she graduated in 1999 from Brown University having studied art history and literature.

She is married to the love of her life, Sam Kass (born in 1980) an American political advisor, chef, and news personality. They married on August 30, 2014.

She has worked as the cultural correspondent for the Center for American Progress. Also, she was editor-in-chief of The Fade magazine from 2003 to 2007, covering music and cultural movements from around the world. Moreover, she served as executive director of Not On Our Watch Project, an advocacy organization focused on mass atrocities and human rights violations. Also, she became the White House correspondent for Political Daily, a political news magazine under AOL News. Next, she moved to The Huffington Post after it was acquired by AOL.

As an analyst on MSNBC, she appeared on Countdown with Keith Olbermann and The Last Word with Lawrence O’Donnell. On November 14, 2011, she began hosting Now with Alex Wagner on weekdays (originally at noon ET, but later at 4 PM ET) MSNBC President Phil Griffin announced on July 30, 2015, that the series had been canceled in an effort to transition the network’s daytime programming to more breaking news reporting and less political commentary and opinion. The Atlantic announced on April 26, 2016, that Alex was leaving MSNBC to join the magazine as a senior editor.

In addition to writing for The Atlantic, she would moderate events with AtlanticLIVE and help with developing video and TV projects with The Atlantic Studios. Moreover, she replaced Vinitar Nair on CBS This Morning Saturday in November 2016. Her last appearance on CBS This Morning Saturday was on March 17, 2018, as she confirmed she would be leaving that show to co-host The Circus for Showtime, replacing Mark Halperin. Nevertheless, she remains a correspondent for CBS News. In 2020, she launched a podcast with Crooked Media and Cadence13 that addressed the COVID-19 pandemic.

The next year in March, she filled in for Nicolle Wallace on MSNBC’s Deadline: White House. In February 2022, she filled in for Rachel Maddow on MSNBC’s The Rachel Maddow Show as well as Chris Hayes on All In with Chris Hayes. It was announced in June, that she would host a show that assumes Maddow’s 9 PM slots on Tuesdays through Fridays as the former scaled back to Mondays only. Her next show, Alex Wagner Tonight, is set to premiere on August 16.

Her book, Futureface about her Burmese American ancestry was published in April 2018.

Alex Wagner’s Salary and Net Worth