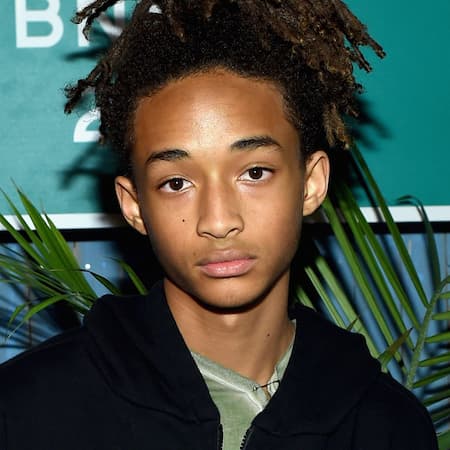 This article will answer every question you have about Jaden Smith. Below are some of the frequently asked questions about him.

Who is Jaden Smith?

Jaden Christopher Syre Smith famously known as Jaden Smith, is a well-known American actor, and rapper. He is known for starring alongside his father Will Smith in the 2006 film “The Pursuit of Happyness”. Jaden also appeared with his father in the 2013 film “After Earth”. He also starred in the remake of films, “The Day the Earth Stood Still” (2008), and The Karate Kid (2010).

Jaden released his debut studio album “Syre” on November 17, 2017. And on July 5, 2019, he released his second studio album, “Erys”. On August 28, 2020, he released his third studio album, “CTV3:Cool Tape Vol 3.
As of 2017, Smith returned to acting. He acted in the two-part Netflix original “The Get Down” and a voice acting role in the Netflix animated film “Neo Yokio”. In 2021, Smith received a Grammy Award for Album of the Year nomination as a featured artist on Justice by Justin Bieber.

How Old is Jaden Smith?

He is 23 years old as of February 2022, having been born on July 8, 1998, in Malibu, California, U.S. Jaden shares his birthdate with celebrities such as Penelope Disick, Riele Downs, Maya Hawke, Sienna Casas and many more.

Who are Jaden Smith’s Parents?

He was born to Will Smith (Father), and Jada Pinkett Smith (Mother). His parents are both actors.

Does Jaden Smith have Siblings?

He has an older half-brother, Trey Smith born on November 11, 1992. And a younger sister Willow Smith born on 31 October 2000. His brother is a DJ and his sister is a singer, songwriter, actress, and dancer.

He attended the New Village Leadership Academy in 2013. The school was closed due to a lack of funding and therefore Jaden was homeschooled.

He doesn’t have a kid yet. In case of any news regarding this matter, we will update it here as soon as possible.

He made his major role debut in the 2006 film “The Pursuit of Happyness” as Christopher, the son of Chris Gardner, Will Smith’s character. For his role, Jaden won the award for Breakthrough Performance at the 2007 MTV Movie Awards. Along with Jackie Chan in 2010, Smith starred in The Karate Kid, a remake of the 1984 film. It was announced in 2014, that Jaden will return for the sequel Karate Kid 2 together with Jackie Chan.

Smith was cast in the film “The Good Lord Bird” in April 2014. The film is based on the 2013 novel of the same name by James McBride. Jaden took a break from acting following the release of his mixtape, “Cool Tape Vol. 2 in order to focus on music. In 2017, he returned to act in Netflix’s original “The Get Down”. Crystal Moselle’s Skate Kitchen released its first official trailer on June 21, 2018, showcasing Smith as the main character. And on August 10, 2018, the film was officially released.

Jaden rapped alongside Canadian singer Justin Bieber in the song “Never Say Never” in 2010. The song peaked at no. 8 on the Billboard Hot 100 and was certified 5* Platinum in the US. Jaden released his debut mixtape entitled “The Cool Cafe” on October 1, 2012. He started working on his debut studio album in 2014, a process that took 3 years. On November 17, 2017, his debut studio album entitled “Syre” was released. The album debuted at number 24 on the US Billboard 200.

On December 14, 2017, Smith announced that his next project following Syre would be titled “Erys”. On July 5, 2019, his second studio album, Erys was released. It debuted at number 12 on the US Billboard 200. During J. Cole’s tour, Smith was announced as an opener alongside EarthGang and Young Thug on July 30, 2018. On August 2nd he performed for the first time at Lollapalooza. Jaden released the single “Cabin Fever” from his third album CTV3; Cool Tape Vol 3 on July 24, 2020. His third album includes a collaboration with his friend and previous collaborator, Justin Bieber on the song ‘Falling for You”. Jaden released the single “BYE” on June 21, 2021.

Jaden Smith Salary and Net Worth