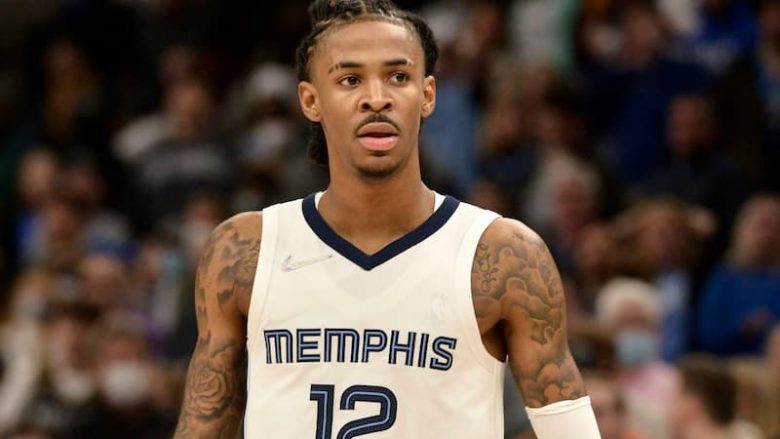 This article will answer every question you have about Ja Morant. Below are some of the frequently asked questions about him.

Who is Ja Morant?

Temetrius James “Ja” Morant is a well-known American professional basketball player. He plays for the Memphis Grizzlies of the NBA (National Basketball Association). While in college, he played for the Murray State Racers, where he was a consensus first-team All-American as a sophomore in 2019.

In the 2019 NBA draft, Morant was selected by the Grizzlies with the second overall pick and was also named the NBA Rookie of the Year in 2020. In 2022, he was named to his first NBA All-Star Game as a starter. As a freshman at Murray State University, he made an immediate impact and earned himself first-team all-conference honors in the Ohio Valley Conference (OVC).
As a sophomore, he had a breakout season and this saw him win OVC Player of the Year as well as lead the NCAA in assists. Furthermore, he became the first player in NCAA history to average 20-plus points and 10-plus assists per game for a single season.

How Old is Ja Morant?

He is 22 years old as of February 2022, having been born on August 10, 1999, in Dalzell, South Carolina, U.S. Morant shares his birthdate with celebrities such as. Kylie Jenner, Asia Monet Ray, Sunny Suljic, Life with MaK, Hey Eliza, and many more.

Who are Ja Morant’s Parents?

He is born to Jamie Morant (Mother) was a point guard in high school and also a softball player in college., and Tee Morant (Father) was a basketball player for Claflin University.

Does Ja Morant have Siblings?

He has a younger sister by the name of Teniya

He received his high school education at Crestwood High School. He then enrolled at Murray State University from 2017 to 2019.

He is currently single. But he was previously in a relationship with Kadre Dixon.

He has a daughter together with Kadre Dixon named Kaari Jaidyn Morant born in 2019.

Morant debuted for Murray State on November 10, 2017, with 7 points and a team-high 11 assists in a 118-61 victory over Brescia University of the National Association of Intercollegiate Athletics (NAIA). On December 12, 2017, he recorded his first career double-double with 10 points, 12 rebounds, and 6 assists in a 69-55 loss to Saint Louis.

The same year on December 28, he posted his first triple-double recording 11 points, 10 rebounds, and 14 assists in an 80-52 win over Eastern Illinois. This was the second triple-double in school history, the first one coming from Isacc Miles in 1984. It was also the record for most assists at a CFSB Centre game, exceeding the old mark of 12 established in 1999, by Aubrey Reese against Alabama State. In a 68-51 win over Belmont, Morant and Murray State advanced to the NCAA Tournament his freshman season after capturing an OVC Championship.

A Career at the sophomore year

When his sophomore season began, Morant intended a leading role for Murray State following the departures of key players Jonathan Stark and Terrell Miller. Morant was named to the midseason top 25 watch list for the John R. Wooden Award on January 10, 2019. On that very same day, he broke the school record for most assists in a single game, with 18, while scoring 26 points against UT Martin.

Nine days later on January 19, he established a new scoring career-high when he recorded 40 points, 11 assists, and 5 steals, shooting 21-of-21 from the free-throw line, in a win over SIU Edwardsville. Morant was named OVC Player of the Year at the end of the regular season and first-team All-OVC while leading the NCAA Division I in assists. Later he earned first-team All-American honors from the United States Basketball Writers Association. And also second-team All-American honors from Sporting News. Morant declared his eligibility for the 2019 NBA draft where he was selected by the Memphis Grizzlies.

A Career with the Memphis Grizzlies from 2019 to Present

Morant was drafted by the Memphis Grizzlies during the 2019 NBA draft. He then signed a two-year contract worth $17,897,040 with the Grizzlies on July 2, 2019. Morant made his NBA debut on October 23, 2019, starting in a 101-120 loss to the Miami Heat. He recorded his first career double-double on November 13 with 23 points and 11 assists and hit a game-winning layup in a 117-115 victory over the Charlotte Hornets. At the end of the 2019-20 season, Morant was named the NBA Rookie of the Year and earned himself the NBA All-Rookie First Team honor.

Morant recorded a career-high 44 points, alongside 9 assists, 2 rebounds, and 2 steals in a 131-119 loss to the San Antonio Spurs on December 23, 2020. In the newly implemented Play-In Tournament, with the eighth and final playoff spot on the line on May 21, 2021, Morant recorded 35 points, 6 rebounds, and 6 assists to lead Memphis to a 117–112 overtime win over the Golden State Warriors. This secured the Grizzlies’ first postseason berth in four seasons.

Ja Morant Salary and Net Worth