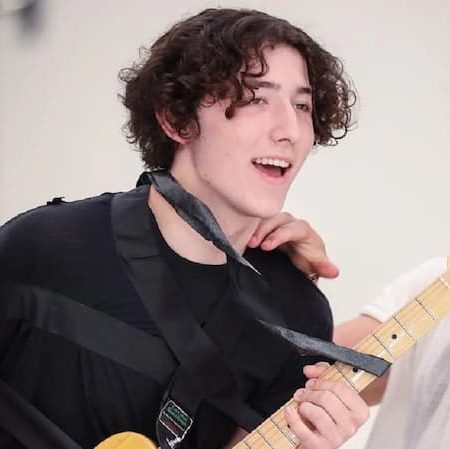 This article will answer every question you have about Frankie Jonas. Below are some of the frequently asked questions about him.

Who is Frankie Jonas?

Franklin Nathaniel Jonas abbreviated as Frankie Jonas is an American well-known former child actor. In 2009, he voiced Sosuke in the film Ponyo and was a recurring character in the Disney Channel series Jonas. Moreover, he appeared in a minor role in the Disney Channel original movie Camp Rock 2: The Final Jam. Also, he has made appearances on Married to Jonas on E! which follows the life of his brother Kevin Jonas. In 2009, he won “Choice Breakout TB Star Male” at the Teen Choice Awards.

How Old Is Frankie Jonas?

He is 22 years old as of October 2022, having been born on September 28, 2000, in Ridgewood, New Jersey, U.S. Frankie shares his birthdate with celebrities such as; Rebecca Zamolo, Momona Tamada, Hilary Duff, Morgan Cohen, Olivia Jade, and many more.

Who are Frankie Jonas’s Parents?

Does Frankie Jonas have Siblings?

He received his high school education at Carroll Senior High School. After high school, he attended The Blackbird Academy where he graduated in 2019 with a certificate in audio engineering. Later, he attended Columbia University where he is taking astrophysics and writing classes in November 2020, where he is currently studying.

News on the internet shows that he is currently single. However, he has been in several relationships.

He voice-acted in 2009, in Hayao Miyazaki’s animated film Ponyo, released in American theaters on August 14, 2009. In the film, he played Sosuke, a character who is befriended by a juvenile fish named Ponyo (voiced by Noah Cyrus) who wants to become a human girl. Both, sing the theme song of the movie. Also, he appeared as a recurring character in the Disney Channel Original Series, Jonas for which he won the award for “Choice Breakout TC Star Male” at the 2009 Teen Choice Awards.

His first on-screen movie role was alongside his older brothers the Jonas Brothers in Camp Rock 2: The Final Jam as Rocker Trevor. Following Kevin Jonas and his wife Danielle, Frankie appeared in the E! reality show, Married to Jonas, in their married life, including the comeback of the Jonas Brothers in late 2013. In June 2017, he posted his debut track on SoundCloud called “Shanghai Noon”. In less than a year, on the same platform, he uploaded “Appa”. He then produced Alli Haber’s song “Too Young in January 2019. As of July 2022, he had 1.9 million followers on TikTok. It was announced on March 31, 2021, that he had signed with UTA, the agency that represents his three older siblings.

Frankie Jonas’s Salary and Net Worth

His salary is not mentioned on the internet and has an estimated net worth of $2 million.