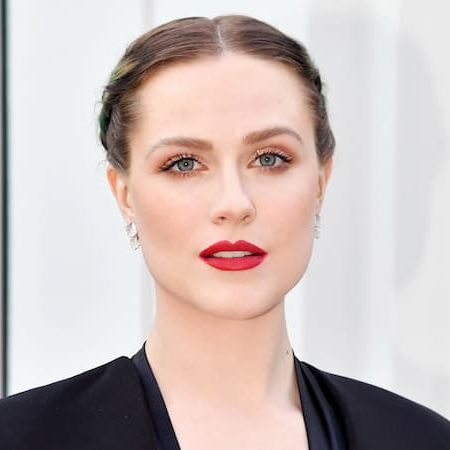 This article will answer every question you have about Evan Rachel Wood. Below are some of the frequently asked questions about her.

Who is Evan Rachel Wood?

Evan Rachel Wood is a famous American actress, model, and singer. She has received a Critics’ Choice Television Award as well as three Primetime Emmy Award nominations and three Golden Globe Award nominations for her work in film and television.

Rachel began acting in the 1990s, appearing in several television series, Including; American Gothic (1995-96) and Once and Again (1999-2002). At age nine, Wood made her debut as a leading film actress in Digging to China (1997) and acquired acclaim for her Golden Globe-nominated role as the troubled teenager Tracy Freeland in the teen drama film Thirteen (2003). Wood continued acting mostly in independent films, including; Pretty Persuasion (2005), Down in the Valley (2005), Running with Scissors (2006), and Across the Universe (2007).
Rachel has appeared since 2008, in more mainstream films including; The Wrestler (2008), Whatever Works (2009), and The Ides of March (2011). In 2009, she returned to television in the recurring role of Sophie-Anne Leclerq, the vampire Queen of Louisiana, on True Blood, from 2009 to 2011. In the HBO miniseries Mildred Pierce (2011) Wood’s portrayed the title character’s malicious daughter. For which she was nominated for the Golden Globe and Emmy Award for Best Supporting Actress. Also in the HBO series Westworld (2016-present), she stars as sentient android Dolores Abernathy. For which she won a Critics’ Choice Award and earned Golden Globe and Emmy Award nominations. Rachel has also voiced Queen Iduna in the Disney animated fantasy film Frozen II (2019)

How Old is Evan Rachel Wood?

She is 34 years old as of March 2022, having been born on September 7, 1987, in Raleigh, North Carolina, U.S. Rachel shares her birthdate with celebrities such as; Miniminter, Rosie McClelland, Eazy-E, Sophia Lucia, Kung-Fu, and many more.

Who are Evan Rachel Wood Parents?

She was born to Ira David Wood III (Father) is a locally prominent actor, singer, theater director, and playwright. And Sara Lynn Moore (Mother), is an actress, director, and acting coach.

Does Evan Rachel Wood have Siblings?

She has four siblings, 3 brothers by the names of Ira David Wood IV, Dana Wood, and Thomas Wood. And a sister by the name of Aden Elins.

She has a kid with her ex-husband Jamie. A son by the name of Jack Matfin Bell was born in 2013.

She began her career from 1994 onward in several made-for-television films, also playing an occasional role in the television series American Gothic. Wood was cast in the supporting role of Jessie Sammler on the television show Once and Again, after a one-season role on the television drama Profiler. Her first major screen role was in the low-budget 1997 film Digging to China. At the Chicago International Children’s Film Festival, the film won the Children’s Jury Award. She also had a role that same year in Practical Magic, a fantasy film directed by Griffin Dunne starring Sandra Bullock and Nicole Kidman.

Rachel made her teenage debut as a leading film actress in 2001’s Little Secrets, directed by Blair Treu. In the film, she played the role of an aspiring 14-year-old concert violinist Emily Lindstrom. For that role at the Young Artist Awards, she was nominated for Best Leading Youth Actress. Her major movie role followed with the 2003 film Thirteen. She played the role of Tracy Louise Freeland, one of two young teens who sink into a download spiral of hard drugs, sex, and petty crime.

Rachel’s performance was nominated for a Golden Globe Award as Best Actress – Drama and for a Screen Actors Guild (SAG) Award for Best Actress. Vanity Fair named Rachel during the time of Thirteen’s release as one of the It Girls of Hollywood, where she appeared with other actresses on the magazine’s July 2003 cover. Wood appeared opposite Kevin Costner and Joan Allen in 2005, in the Mike Binder-directed The Upside of Anger. Also in 2005, she starred in the music videos for Bright Eyes’ “At the Bottom of Everything”, and Green Day’s “Wake Me Up When September Ends”.

Wood received Premiere magazine’s “Spotlight Award for Emerging Talent” in September 2006. Also, she was described by The Guardian in 2006, as being “wise beyond her years” and as “one of the best actresses of her generation”. Later in 2006, she appeared with an all-star ensemble cast as Natalie Finch in the Golden Globe-nominated 2006 comedy-drama film Running with Scissors.

In two films released in September 2007, Wood had roles in King of California, which premiered at the Sundance Film Festival. And Across the Universe, which was nominated for a Golden Globe and an Academy Award and was set in Liverpool, New York City, and Vietnam. She provided the voice of an alien named Mala, in Battle for Terra. The film won 2008, Grand Prize at the Ottawa International Animation Festival. The film was also shown at the San Francisco International Film Festival, where Rachel received an award at the Midnight Awards along with Elijah Wood. In 2008, also, she co-starred in Darren Aronofsky’s The Wrestler.

Rachel co-starred in Woody Allen’s Whatever Works, which premiered at the 2009 Tribeca Film Festival. Playing the young wife of Larry David’s character. She also played Juliet in May 2009, in six fundraising performances of William Shakespeare’s Romeo and Juliet at the Theater In The Park. Rachel had a recurring role in the second and third seasons from 2009 to 2011, of the HBO supernatural drama series True Blood. In 2011, Wood had a role in the film The Conspirator, which premiered at Ford’s Theatre in Washington, D.C. In the 2011 HBO miniseries Mildred Pierce, Rachel portrayed the character’s daughter, for which she was nominated for the Primetime Emmy Award for Outstanding Supporting Actor in a Miniseries or a Movie.

Wood in late 2012, began filming 10 Things I Hate About Life. Filming was suspended when Rachel became pregnant with her son; and in 2013, when it resumed, she left the production. She claimed she had not been paid beyond her $300,000 advance since the production company had not been able to raise enough money to pay her for the filming already completed.

They sued her for $30 million, in response as of 2021, the suit has not been resolved but the film can no longer be finished. In the 2013 psychological romantic thriller film Charlie Countryman, Wood played Gabi with Shia LaBeouf and Rupert Grint. She also voiced Marianne in the 2015 Strange Magic. And was featured with Chris Evans in a 2016 ad for Gucci Guilty Eau fragrances. Wood has starred since 2016, as sentient android Dolores Abernathy in the HBO science-fiction Western series Westworld. She then announced on Twitter and D23 Expo in August 2019, that she was cast to voice Queen Iduna in Frozen II. In November 2019, the film was released to commercial success.

Rachel recorded “I’d Have You Anytime” in 2012, which on the fourth CD of Chimes of Freedom: The Songs of Bob Dylan Honoring 50 Years of Amnesty International. She is one-half of cover band Evan + Zane, which she formed with guitarist/singer-songwriter Zane Carney in 2018. For the first time in 2019, Wood appeared on the Billboard Hot 100 when “Show Yourself”, the duet she sang alongside Idina Menzel from the Frozen II soundtrack, debuted on the chart at No. 69. The song peaked at No. 70.

The Human Rights Campaign in June 2016, released a video in tribute to the victims of the Orlando nightclub shooting. In the video, Rachel and others told the stories of the people killed there.

Adding up to her well-curved and beautiful body, she stands at a height of 1.7m, and a weight of 54kg (119lbs)