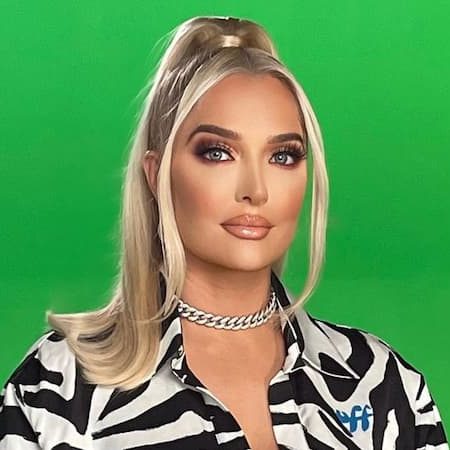 This article will answer every question you have about Erika Jayne. Below are some of the frequently asked questions about her.

Who is Erika Jayne?

How Old Is Erika Jayne?

She is 51 years old as of October 2022, having been born on July 10, 1971, in Atlanta, Georgia, U.S. Jayne shares her birthdate with celebrities such as; Mason Thames, Sofía Vergara, Perrie Edwards, Isabela Merced, Queen Cheryl, and many more.

Who are Erika Jayne’s Parents?

She was born to a single mother Renee Chahoy. However, her father’s name and whereabouts are not mentioned on the internet. Her parents broke up before Jayne’s first birthday.

Does Erika Jayne have Siblings?

There is no news on the internet showing whether she has siblings r was born as an only child. In case there is news regarding this matter, we will update it here as soon as possible.

She received her education at North Atlanta High School.

News on the internet shows that she is possibly single. However, she has been previously married twice, First, she was married to Thomas Zizzo, they married in December 1991 at St. Patrick’s Cathedral, but divorced in 1996. Second, she was married to Thomas Girardi (born on June 3, 1939) a former attorney and c0-founder of the now-defunct Girardi & Keese, they married in January 2000, but divorced in November 2020.

She has one kid. A kid with his ex-husband Thomas Zizzo, a son by the name of Tommy Zizzo.

Her first two on-screen appearances were non-speaking roles as Suzanne Morton in the episodes “Prescription for Death” and The Violence of Summer” as Pruiting’s girlfriend in NBC’s legal drama series Law & Order. Moreover, she has had roles in independent films Alchemy (1995) and Lowball (1996). According to her autobiography, Pretty Mess, it was Peter Rafaelson (music producer) who came up with the idea of changing her name to “Erika Jayne”.

Peter said to her that the only name that flowed with “Erika” was “Jayne”. At first, she admitted to disliking it. On January 1, 2007, her first single “Roller Coaster” was released. And the song placed at No. 1 on the Billboard Hot Dance Club Party chart. On August 11, 2009, her debut album, Pretty Mess was released in the United States. In addition to singing, she also has had acting roles. Thus she joined the cast of The Real Housewives of Beverly Hills in 2015, for the show’s sixth season. She announced on September 25, 2019, that she would be playing Roxie Hart in the musical Chicago on Broadway.

Erika Jayne’s Salary and Net Worth