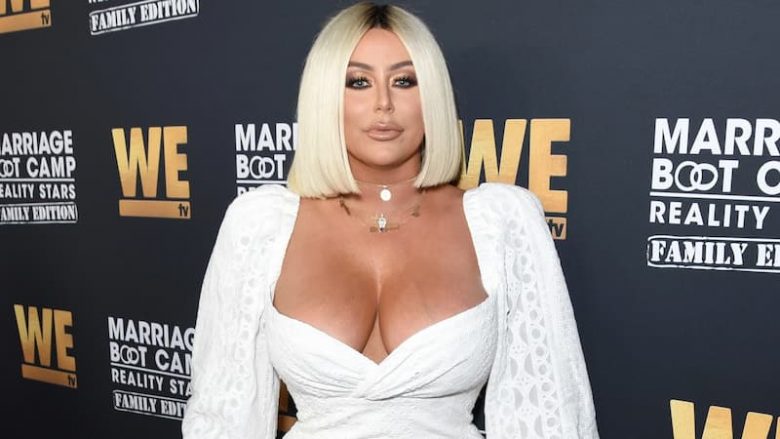 This article will answer every question you have about Aubrey O’Day. Below are some of the frequently asked questions about her.

Who is Aubrey O’Day?

Aubrey Morgan O’Day is an American well-known singer and reality television personality best known for being a member of the girl group Danity Kane. In 2008, she was fired from the group following discord between Danity Kane and her mentor at the time P. Diddy. But reunited with them in 2013 before a second disbandment. And Danity Kane reunited in 2018 as a trio. Since 2015, she has performed in the duo Dumblonde with former Danity Kane bandmate Shannon Bex.

In addition to singing, she has modeled for magazines such as Blender and Playboy and performed on Broadway in Hairspray. In 2011, she signed a solo record deal with SRC/Universal Motown Records and released her debut EP Between Two Evils in 2013. Moreover, she has made appearances on reality shows including the fifth season of Celebrity Apprentice, Famously Single, Ex on the Beach, and the British Celebrity Big Brother 18.

How Old Is Aubrey O’Day?

She is 38 years old as of August 2022, having been born on February 11, 1984, in San Francisco, California, U.S. Aubrey shares her birthdate with celebrities such as; Jennifer Aniston, Taylor Lautner, Roseanne Park, Khalid, Yung Miami, and many more.

Who are Aubrey O’Day’s Parents?

She was born to Rico O’Day (Father) and Kandy Allen (Mother).

Does Aubrey O’Day have Siblings?

According to news on the internet, it shows that she is currently single. However, she has been in several relationships and has had various encounters.

In 2004, she was discovered on the MTV reality show Making the Band 3 founded by Sean “Diddy” Combs, and emerged as the show’s breakout star. Aubrey was commended by former Backstreet Boys and ‘N Sync manager Johhny Wright who served as one of the judges on the show, saying that she is a star. This was after he saw her perform in her first audition in Los Angeles. Thus she was eventually chosen to be in the group and was the first member included.

On August 22, 2006, the band became known as Danity Kane and their first album debuted at #1 on the Billboard 200 charts. Moreover, the group was the opening act for Christina Aguilera on the U.S. leg of her Back to Basics Tour with the Pussycat Dolls. On the October 7, 2008, episode of Making the Band after a continued debate with Aubret about the well-being of the group, Combs declared Aubrey no longer a member of Danity Kane. In the finale of the show on April 23, 2009, Aubrey returned with three former members of the group to clear up any misconceptions about the group’s breakup.

On July 18, 2008, she began the role of Amber Von Tussle in the Broadway musical Hairspray. Next, she appeared in the 2009 comedy American High School co-starring Nikki Ziering. Also, she joined the cast of Jerry Mitchell’s musical Peepshow in the role of “Peep Diva” from September 2009 to late December 2009 at the Planet Hollywood Resort & Casino in Las Vegas. On April 23, 2009, the finale of Making the Band, Aubrey revealed that she would have her own reality television show for which she would be filming in the spring of 2010. The show entitled All About Aubrey premiered on the Oxygen Network on March 7, 2011.

Her debut single, the Adonis-produced “Automatic” was released on April 12, 2011, & has sold 50,000 copies to date. She then recorded over 50 songs for her debut album on SRC/Universal Motown which was supposed to come out in late 2012. However, she was fired from NBC’s The Celebrity Apprentice 5, which premiered on February 19, 2012. The reason for her firing was that she was too young and inexperienced and also was seen as transparent by John Rich and Marlee Matlin who served as Trump’s viceroys. Next, she self-released the single “Wrecking Ball” on April 23, 2012, co-written and co-produced by American Idol alumni Pia Toscano. And it went on to be released on iTunes and sold 3,000 downloads in the first week. In June 2012, she shot a video for the track with the music director which was released on September 26, 2012, on Vevo.

Aubrey announced in 2012, that she would be recording her debut solo EP. She went on to perform previously released material on December 31, 2012, as well as three new songs from her EP Between Two Evils, “Love Me When You Leave”, “Let Me Lay” and “Before I Drown” in Las Vegas. She then performed her singles “Automatic” and Between I Drown” in June 2013, on The CW’s Oh Sit! and also performed at Chicago’s Pride Fest. On August 13, 2013, “Between Two Evils” was released on iTunes.

Danity Kane appeared at the 2013 MTV Video Music Awards on August 25, 2013, (without D. Woods, who did not return to the group) announcing they were back together. Soon again, they split and Aubrey and Shannon Bex announced the release of the band’s third and final album “DK3”. She and Bex announced their duo music project, Dumblonde with the same manager as the Danity Kane band, Johnny Wright. Aubrey then returned to reality television in August 2016, by taking part in the 18th series of the British show Celebrity Big Brother. There, she sailed straight throughout to the finals after never facing the public vote and finished in fifth place. On July 7, 2021, she released a single “Body Love High”.

In addition to singing, she has been ranked #86 on Maxim’s Hot 100 list, #81 on Blender’s 100 Hottest People list, and posed for the magazines in 2008. Moreover, she walked the catwalk at Heatherette’s Fall 2007 runaway show at Mercedes-Benz Fashion Week held on February 6. And recorded the song ” Do You Dance” with R&B singer Cupid which was released as a single from Cupid’s album Time for a Change.

She then made a cameo appearance in Estelle’s music video for “Pretty Please” in August 2008. In late 2008, she made a guest appearance on the reality show 50 Cent: The Money and the Power. Later, she agreed to be the Covergirl for Playboy for the March 2009 issue. Also, she was a judge in 2013, for episode eight of season five of RuPaul’s Drag Race. Nest, she was a contestant on Celebrity Big Brother UK Season 18 in 2016.

Adding up to her well-curved and beautiful body, she stands at a height of 5ft 4inches (1.63m) and has unknown weight.

Aubrey O’Day’s Salary and Net Worth

Her salary is not mentioned on the internet but has a net worth of $4 million.