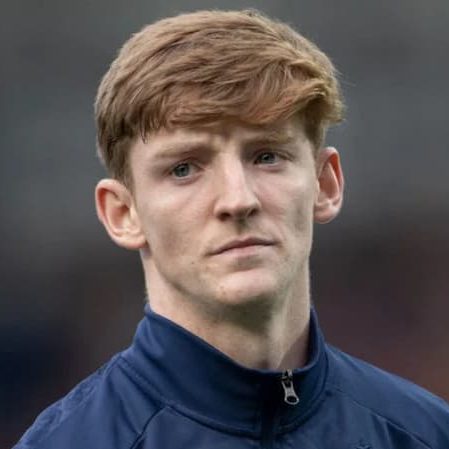 This article will answer every question you have about Anthony Gordon. Below are some of the frequently asked questions about him.

Who is Anthony Gordon?

Anthony Michael Gordon is an English notable professional footballer who plays as a winger for Premiere League club Everton and the England national under-21 team.

How Old Is Anthony Gordon?

He is 21 years old as of August 2022, having been born on February 24, 2001, in Kirkdale, Merseyside, England. Anthony shares his birthdate with celebrities such as; Rachel Levin, Steve Jobs (1955-2011), Floyd Mayweather Jr., Brittany Raymond, Bailey Sok, and many more.

Who are Anthony Gordon’s Parents?

He was born to Keith Gordon (Father) and Nadine Gordon (Mother).

Does Anthony Gordon have Siblings?

He has two younger brothers by the name Brandon and Reuben Gordon.

According to news on the internet, it shows that he is currently single and has never married.

He does not have kids currently. In case there is new news regarding this matter, we will update it here as soon as possible.

As an 11-year-old, he joined Everton following his release from Liverpool. On December 6, 2017, he was named in Everton’s first team squad for the Europa League match away to Apollon Limassol. Later after a day, he made his first team debut coming on as an 88th-minute substitute in a 3-0 win. In January 2020, he made his Premier League debut coming on as a substitute for Bernard in a 1-1 draw with West Ham. He went on to receive his first Premier League start in June 2020 in a 0-0 draw with Liverpool.

That same year on September 1, he signed a new five-year contract with Everton. In 2020 also, he featured in two EFL Cup matches one start against Salford City and one substitute appearance against Fleetwood Town, and registered two total assists in the process. Anthony then went on to join Championship side Preston North End on loan on February 1, 2021, for the remainder of the 2020-21 season. Five days later, he made his debut for Preston being included in the starting lineup for a 1-2 home league defeat by Rotherham United.

In addition to playing at the club level, he has represented his native England. Thus he has represented his country at U18 and U19 levels. On October 13, 2020, he made his debut for the England U20s during a 2-0 victory over Wales at St. George’s Park. On November 5, 2021, he received his first call-up for the England U21s and scored twice on his debut in a 3-1 victory over the Czech Republic at Turf Moor in 2023 UEFA European Under-21 Championship qualification on November 11, 2021. Moreover, he is eligible for the Republic of Ireland and Scotland due to having both Irish and Scottish grandparents.

Anthony Gordon’s Salary and Net Worth