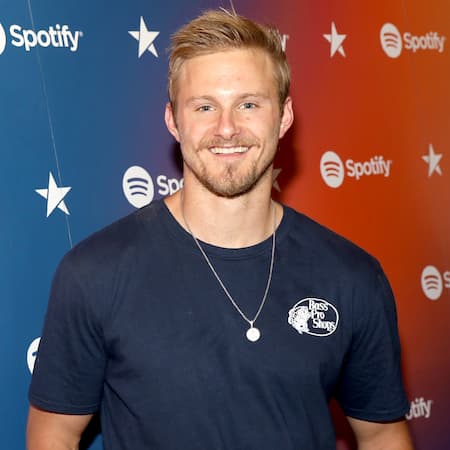 This article will answer every question you have about Alexander Ludwig. Below are some of the frequently asked questions about him.

Who is Alexander Ludwig?

Alexander Ludwig is a Canadian prominent actor and musician. First, he began his career as a child and then received recognition as a teenager for starring in the films The Seeker: The Dark Is Rising (2007) and Race to Witch Mountain (2009). In 2012, he rose to fame for starring as Cato in The Hunger Games.

Moreover, he is known for his supporting roles as Shane Patton in Lone Survivor (2013), and Dorn in Bad Boys for Life (2020). From 2014 to 2020, he starred as legendary Viking Bjorn Ironside in the History Channel series Vikings. Currently, he stars in the series Heels.

How Old Is Alexander Ludwig?

He is 30 years old as of September 2022, having been born on May 7, 1992, in Vancouver, British Columbia, Canada. Alexander shares his birthdate with celebrities such as; MrBeast, J Balvin, Chad Tepper, Tommy Fury, Devin Sola, and many more.

Who are Alexander Ludwig’s Parents?

He was born to Harald Ludwig (Father) a businessman and former co-chair of Lionsgate Entertainment. And Sharlene Martin (Mother, born on January 14, 1953), a former actress.

Does Alexander Ludwig have Siblings?

He has three younger siblings. Two sisters by the name Sophia Ludwig and Natalie Ludwig (born on July 14, 1995, a model). And a brother by the name of Nicholas Ludwig.

He received his high school education at Collingwood School. After high school, he The University of Southern California where he earned a degree in theatre and was in the Phi Kappa Psi fraternity.

He is married to the love of his life, Lauren Ludwig. They married in 2020.

He began his career when he was featured in a Harry Potter toy commercial at the age of 9. This job enabled him to sign on with an agent and obtain more commercial work. Later, he was cast in movies such as; Air Bud: World Pup (2000), MXP: Most Extreme Primate (2003), Scary Godmother: The Revenge of Jimmy (2005), Eve and the Fire Horse (2005), The Sandlot: Heading Home (2007). In addition to his work in cinema, he also has worked in television. Due to this reason, he has performed in movies made for television such as; A Little Thing Called Murder (2006), and television series such as The Dead Zone.

In 2007, he obtained his leading role in The Seeker: The Dark Is Rising after a “grueling audition process”. Moreover, he was in Grown Ups 2 with Adam Sandler. His next leading role came in 2009, in the part of Seth – one half of a teenage, alien brother-sister duo – in the film production of Race to Witch Mountain also starring Dwayne Johnson. On the weekend that the film premiered, it opened at No. 1 at the box office with receipts estimated at $25 million. Next, he played Cato, in the movie adaptation of The Hunger Games. His role in the film is a fierce male tribute from District 2, the primary threat to the protagonists’ lives during the 74th Hunger Games.

On March 23, 2012, the film was released worldwide. Because of the film, he won the award for Best Fight at the 2012 MTV Movie Awards along with Jennifer Lawrence and Josh Hutcherson as well as the award for Best Villain at the 2012 Teen Choice Awards. In addition to acting, on March 1, 2012, he released his first single “Liv It Up (Teenage Wasteland)”. He then continued acting and co-starred in the films Lone Survivor and Grown Ups 2 in 2013. The next year, he became a part of the main cast of the popular TV series Vikings, where he played the character of Bjorn Ironside, the son of Ragnar Lothbrok and Lagertha.

In 2015, he had the male lead in both the horror films Final Girl and The Final Girls which are unrelated to each other. Next, he played the pacifist hacker Dorn in 2020’s Bad Boys for Life and also appeared in The Band Perry’s music video for “Gentle on My Mind” alongside Teen Wolf actress Shelley Henning. In his music career, in May 2021, he signed with the country music label BBR Music Group/BMG. On May 21, 2021, his self-titled EP was released. It was announced on August 18, 2022, that he would appear in Nicki Minaj’s Music Video for her single Super Freaky Girl.

Alexander Ludwig’s Salary and Net Worth