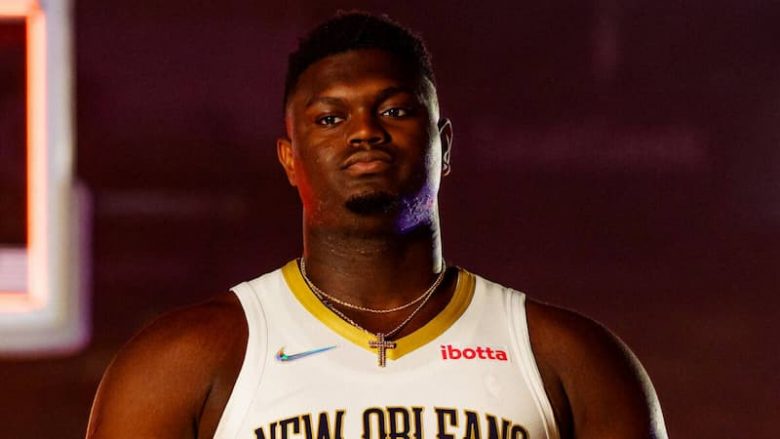 This article will answer every question you have about Zion Williamson. Below are some of the frequently asked questions about him.

Who is Zion Williamson?

Zion Lateef Williamson is a well-known American professional basketball player. He plays for the New Orleans of the NBA (National Basketball Association). There, he plays the power forward position.

With the overall pick in the 2019 NBA draft, Williamson was selected by the pelicans following his freshman-year stint with the Duke Blue Devils. In 2020, he was named to the NBA All-Rookie First Team. The following year in 2021, Zion became the 4th youngest NBA player to be selected to an All-Star game. Zion while in high school, was a consensus five-star recruit and was therefore ranked among the top five players in the 2018 class.

How Old is Zion Williamson?

He is 21 years old as of February 2022, having been born on July 6, 2000, in Salisbury, North Carolina, U.S. Williamson shares his birthdate with celebrities such as Kevin Hart, Klailea Bennett, 50 Cent, Tia Mowry, Elton Castee, and many more.

Who are Zion Williamson’s Parents?

He was born to Lateef Williamson (Father) and Sharonda Sampson (Mother).

Does Zion Williamson have Siblings?

He has a brother who goes by the name of Noah Anderson.

He received his high school education at Spartanburg Day School. After graduating from high school, he enrolled at Duke University from 2018 to 2019.

He is possibly single. But he has had a relationship with Tiana White whom they knew each other in high school.

He doesn’t have kids currently maybe in the future. In case of news regarding this matter, we will update it here as soon as possible.

A Career in High School

Williamson while in high school played for the Griffins. As a freshman, he earned All-State and All-Region honors by averaging 24.4 points, 9.4 rebounds, 2.8 assists, 3.3 steals, and 3.0 blocks. Zion in June 2016, participated in the National Basketball Players Association (NBPA) Top 100 camp and was its leading scorer. The following month in August, he won the Under Armour Elite 24 showcase dunk contest in New York City. In the 2016-17 season, Zion was propelled into the national spotlight for his viral highlight videos.

On November 15, 2016, he made his Junior season debut recording 42 points and 16 rebounds in a win over Cardinal Newman High School. On December 30, 2016, he won the most valuable player (MVP) by recording 31 points and 14 rebounds at the Farm Bureau Insurance Classic. Williamson gained nationwide publicity on January 15, 2017, after rapper Drake wore his jersey in an Instagram post. MaxPreps, a high school website, named Zion National Junior of the Year and to the High School All-American first team. The USA Today High School Sports also gave him All-USA first-team recognition. Williamson was named MVP of the 2017 Adidas Nations camp in August after averaging 22.5 points and 7.2 rebounds through 6 games.

On November 15, 2017, he made his senior season debut. In a 70-62 loss to Christ School, he erupted for 46 points and 15 rebounds. On November 21, he bruised his left foot which benched him for over a month. Upon his return from the injury on January 11, 2018, he scored 31 points in a 71-62 victory over Asheville Christian Academy. For his 2017–18 high school season, Williamson was named to the USA Today All-USA first team and MaxPreps All-American second team. In addition to that, he earned South Carolina Mr. Basketball recognition and was runner-up for Mr. Basketball USA.

On November 6, he made his first regular-season game with Duke. He scored 28 points on 11-of-13 shooting in 23 minutes in a 118-84 win over Kentucky at the Champions Classic. Williamson was therefore named both player and freshman of the week in the Atlantic Coast Conference (ACC). Two days later after January 5, 2019, he was named ACC Freshman of the Week honors for a second time. He collected the ACC Freshman of the Week accolades a third time on January 21.

In a game versus North Carolina on February 20, Zion suffered a Grade 1 knee sprain 36 seconds into the contest. The injury led to growing calls for Williamson to stop playing at the college level because already he had established himself as the top 2019 NBA draft prospect. Upon his return from injury on March 14, he posted 29 points, 14 rebounds, and 5 steals in an 84-72 win over Syracuse in the quarterfinals of the ACC Tournament. Williamson declared his eligibility for the 2019 NBA draft on April 15, 2019

A Career with New Orleans Pelicans from 2019-Present

The New Orleans Pelicans drafted Zion with the first pick in the 2019 NBA draft on June 20, 2019. He officially signed with the Pelicans on July 1, 2019. On January 22, 2020, Williamson made his professional debut for the Pelicans in a 121-117 loss to the San Antonio Spurs. Zion finished his rookie season averaging 22.5 points on 58.3 percent shooting from the floor 6.3 rebounds and 2.1 assists per game. Williamson was then named to the NBA All-Rookie First Team on September 15.

Williamson started the season with a new career-high 36 points in a 143-130 conquer against the Dallas Mavericks on February 12, 2021. During the season, Zion tied Kareem Abdul-Jabbar’s record for the longest streak of at least 20-point games on 50-percent shooting within his first two seasons since the shot clock era in 1954–55.

During the off-season, Zion suffered a fractured foot and underwent a subsequent injury. Team officials were hopeful that he would return in late September to start the season. The timeline for his expected return was by mid-October but it was extended until December. His injury was slow to heal and Zion would most likely be out four to six weeks with a possible return to action around the all-star break.

Zion Williamson Salary and Net Worth