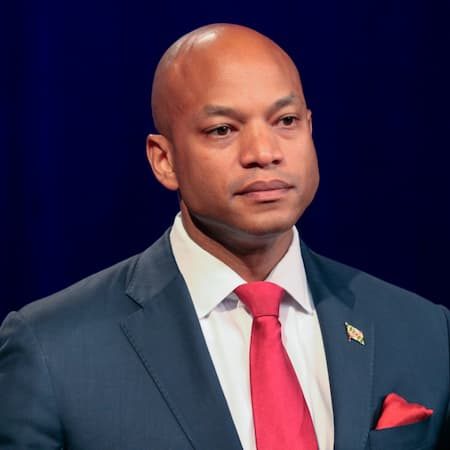 This article will answer every question you have about Wes Moore. Below are some of the frequently asked questions about him.

Who is Wes Moore?

Westley Watende Omari Moore abbreviated as Wes Moore is a well-known American politician, investment banker, author, and television producer. He is the governor-elect of Maryland after defeating Republican Dan Cox in the 2022 Maryland gubernatorial election. Thus becoming the first Black governor of the state.

After serving several years in the U.S. Army and Army Reserve, he went on to become an investment banker in New York. Between 2010 and 2015, he published five books, including one young adult novel. From 2017 to 2021, he served as CEO of the Robin Hood Foundation. Moreover, he is the author of The Other Wes Moore and The Work. Also, he was the host of Beyond Belief on the Oprah Winfrey Network, as well as the executive producer and a writer for Coming Back with Mes Moore on PBS.

How Old Is Wes Moore?

He is 44 years old as of November 2022, having been born on October 15, 1978, in Takoma Park, Maryland, U.S. Moore shares his birthdate with celebrities such as; Malu Trevejo, Daniel Gizmo, Bailee Madison, AllAroundAudrey, Sophia Birlem, and many more.

Who are Wes Moore’s Parents?

He was born to Westley Moore (Father) a broadcast news journalist, and Joy Moore (Mother) a daughter of immigrants from Jamaica and a media professional. His father died on April 16, 1982, from acute epiglottitis.

Does Wes Moore have Siblings?

He has two sisters by name of Shani Moore and Nikki Moore.

He received his high school education at Riverdale Country School and he was then enrolled at Valley Forge Military Academy and College. Next, he graduated Phi Theta Kappa from Valley Forge with an associate degree and completed the requirements for the United States Army’s early commissioning program in 1998. He then went on to attend John Hopkins University where he studied international relations and economics and in 2001 graduated Phi Beta Kappa and Omicron Delta Kappa. Moreover, he attended Wolfson College as a Rhodes Scholar where he earned a master’s degree in international relations in 2004.

He was named a White House Fellow to Secretary of State Condoleezza Rice in February 2006. Later, he went on to work as an investment banker at Deutsche Bank in Manhattan and at Citibank from 2007 to 2012 while living in Jersey City, New Jersey. In 2009, he was included on Crain’s New York Business’s “40 Under 40” list. The following year, he founded a television production company, Omari Productions, to create content for networks such as the Oprah Winfrey Network, PBS, HBO, and NBC. In May 2014, he produced a three-part PBS series, Coming Back with Wes Moore. That same year, he founded BridgeEdU, a company that provided services to support students in their transition to college.

In September 2016, he produced All the Difference, a PBS documentary that followed the lives of two young African-American men from the South Side of Chicago from high school through college and beyond. Later that month, he went on to launch Future City, an interviews-based talk show with Baltimore’s WYPR station. He was then CEO of the Robin Hood Foundation from June 2017 until May 2021. During his tenure as CEO, the organization raised more than $650 million, including $230 million in 2020 to provide an increased need for assistance during the COVID-19 pandemic. In September 2020, he joined Under Armour’s board of directors.

He published his first book, The Other Wes Moore on April 27, 2010. The book explores the lives of two young Baltimore boys who shared the same race. He then announced in December 2012, that The Other Wes Moore would be developed into a feature film with Oprah Winfrey attached as an executive producer. In September 2013, Ember published his second book, Discovering Wes Moore. Unanimous Media announced in April 2021, it would adapt the movie into a feature film. As of June 2022, a film has yet to be produced. He then wrote his third book, The Work in January 2015. The following year in November, he wrote This Way Home, a young adult novel about Elijah, a high school basketball player who emerges from a standoff with a local gang after they attempt, and refuses to recruit him to their basketball team.

A Career in Political Activities

A Career in Maryland Politics

In June 1996, he first expressed interest in politics, telling a report from The New York Times that he planned to attend a law school and enter politics after two years at Valley Forge. In October 2022, he told The Baltimore Sun that he felt the idea of holding elected office “only started to feel like a real possibility in 2020 when he was about to leave his job running Robin Hood”. At the 2008 Democratic National Convention, he gave a speech supporting Barack Obama for President. He then said in 2013, that he had “no interest” in running for public office, instead focusing on his business and volunteer work. In October 2020, he was named to serve on the transition team of Baltimore mayor-elect Brandon Scott.

A Career in the 2022 Maryland Gubernatorial Candidacy

Moore announced in February 2021, that he was considering a run for Governor of Maryland in the 2022 election. On June 7, 2021, he launched his gubernatorial campaign running on the slogan “leave no one behind”. His running mate is Aruna Miller, a former state delegate who represented Maryland’s 15th district from 2010 to 2019. On July 19, 2022, he won the Democratic primary, thus defeating former Democratic National Committee chairman Tom Perez and Comptroller Peter Franchot with 32.4% of the vote. In the general election, he defeated Republican nominee and state delegate Dan Cox, thus becoming Maryland’s first Black governor and the first veteran to be elected governor since William Donald Schaefer.

In August 2006, during an interview with C-SPAN, he said he identified as a “social moderate and strong fiscal conservative”. During his gubernatorial campaign, he was described as center-left, as well as progressive. Moreover, he has cited Jared Polis, Parris Glendening, and Roy Cooper as his political role models.

In February 2022, he unveiled a public safety plan which includes improving offender services improving police diversity and supporting and funding community-based policing and violence intervention programs. On August 30, 2022, in an interview with MSNBC, he said that he would tackle crime in Baltimore by investing in violence programs like Safe Streets and We Our Us. In May 2022, he called on Governor Larry Hogan to target state resources toward preventing gun violence in Baltimore. Furthermore, he campaigned on addressing crime in the city through better cooperation between the city and the state.

In 2022, he supported a bill to ban the possession and scale of ghost guns in Maryland. Moreover, he supports creating a firearms database to help law enforcement track guns used in crimes. In June 2022, he condemned the Supreme Court ruling in New York State Rifle & Pistol Association, Inc. v. Bruen, calling it a “misguided and dangerous decision”.

During the 2022 legislative session, he supported legislation introduced and passed that created a ballot referendum to legalize recreational marijuana in Maryland. And another bill that would regulate marijuana possession should the referendum pass in November.

During his campaign, he said that he would accelerate the state’s incremental increase to a minimum wage of $15 an hour by 2023. Transportation In July 2022, in a radio interview with WAMU, he said that he preferred a “new type of proposal” for the I-270 toll lanes plan that included reversible lanes, increased transit, and greater collaboration with local “stakeholders”.

Wes Moore’s Salary and Net Worth