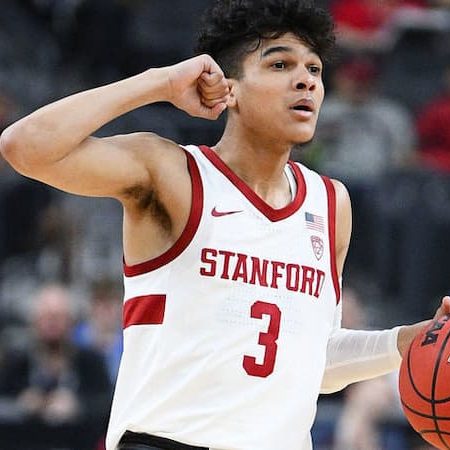 This article will answer every question you have about Tyrell Terry. Below are some of the frequently asked questions about him.

Who is Tyrell Terry?

Terry made his debut for Stanford recording 14 points 4 rebounds and 4 assists in a 73-62 victory over Montana on November 6, 2019. He registered his 1st career double-double with 21 points and 10 rebounds in an 81-50 win over William &Mary on November 21. In his next game, he has another double-double posting 20 points and 11 rebounds in a 73- 545 victory against Oklahoma. He was called Pac-12 Conference Freshman of the Week following averaging 16.5 points, 7.5 rebounds, and 4.5 assists per game in wins over Washington and Washington State. He scored a career-high 27 points with 7 3-pointers to lead his team past Utah, 70-62 on February 26.

On March 2 this performance, along with a 12-point effort to upset 21st-ranked Colorado, helped him earn Pac-12 Freshman of the Week honors. At the end of the regular season, Terry was called to the Pac-12 All-Freshman Team and All-Pac-12 honorable mention. He averaged 14.7 points, 4.5 rebounds, 3.2 assists, and 1.4 steals per game. His shooting accuracy, with a 40.8 three-point percentage and team-high 89.1 free throw percentage, helped him gain attention as a National Basketball Association (NBA) prospect as a freshman. After the season, Terry declared for the 2020 NBA draft. Terry revealed he was remaining in the draft on July 31.

It was reported that Terry broke a record for a basketball IQ test administered by several NBA front offices during the 2020 offseason. He was selected in the 2nd round of the 2020 NBA draft with the 31st pick by the Dallas Mavericks. On December 1, 2020, he was signed. On February 10, 2021, Terry was assigned to the Memphis Hustle of the NBA G League for the start of the G League season, making his debut for the Hustle. Terry was waived by the Mavericks on October 15, 2021.

Terry signed a 10-day contract with the Memphis Grizzlies, via the hardship exemption on December 25, 2021. He was signed to a 2-way contract on January 1, 2022. Terry was waived by the Grizzlies on July 2. He revealed his retirement from professional basketball, citing mental health reasons on December 15, 2022.

Terry played for the United States national team at the Albert Schweitzer Tournament, a U18 tournament in Mannheim, Germany in 2018. He averaged 6.6 points, 2.6 assists, and 1.8 steals per game and helped his team complete in 7th place in the tournament in 5 games.

How old is Tyrell Terry?

Terry is currently aged 22 years old as of 2022, having been born on September 28, 2000, in Valley City, North Dakota, U.S. He shared his birthday with popular people including Rebecca Zamolo, Hilary Duff, Olivia Jade, Momona Tamada, Olivia Neill and many more.

Who are Tyrell Terry’s Parents?

Tyrell Terry was in Valley City, North Dakota, U.S. to his parents Carrie Grise. He was not so much fortunate to be around both parents, he only grew up around his mother. His father is unknown.

Does Tyrell Terry have Siblings?

Terry isn’t dating right now. He has no girlfriend. Not much information is available regarding his past relationships or engagements.

There isn’t much information available regarding his children in the media.