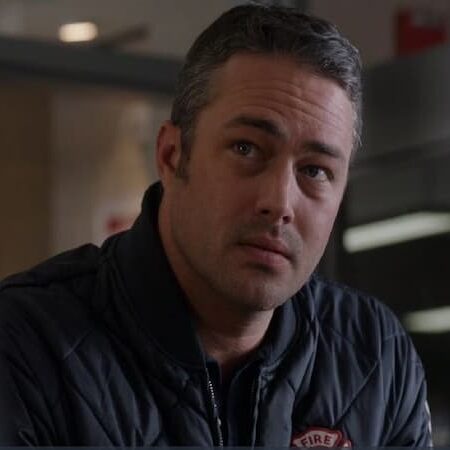 This article will answer every question you have about Taylor Kinney. Below are some of the frequently asked questions about him.

Who is Taylor Kinney?

Taylor Jackson Kinney is a famous American professional actor and model. Kinney has portrayed Mason Lockwood in The Vampire Diaries, Jared in Zero Dark Thirty, and Phil in The Other Woman. As well as Chicago Fire Department Lieutenant Kelly Severide in Chicago Fire, Chicago P.D., and Chicago Med.

Kinney portrayed Luke Gianni on MyNetworkTV and portrayed Glenn Morrison on Trauma on NBC. He then had a recurring role in the supernatural drama The Vampire Diaries, joining the cast during the 2nd season as Mason Lockwood. Kinney was later featured in Lady Gaga’s music video for the single ”You and I”, in 2011.

He landed a starring role in Chicago Fire, a drama series that follows the lives of firefighters and paramedics in 2012. He portrays Lieutenant Kelly Severide on Rescue Squad 3 alongside former House star Jesse Spenser. Additionally, in the same year, he appeared on the big screen in Kathryn Bigelow’s acclaimed war drama Zero Dark Thirty. The same year, Kinney starred on Shameless as Craig, the former high school crush of the lead character Fiona (played by Emmy Rossum).

How old is Taylor Kinney?

Taylor Jackson Kinney is currently aged 41 years having been born on July 15, 1981, in Lancaster, Pennsylvania, U.S. He shares his birthday with celebrities such as Abbie Herbert, Diane Kruger, Tristan Tate, Cora Bennett, Forest Whitaker, Ariana Lee Bonfiglio, Gabriel Iglesias, and many others.

Who are Kinney’s parents?

Taylor Jackson Kinney was born in Lancaster, Pennsylvania to his parents, Daniel Kinney and Pamela Heisler. Not much is known about his parents and family to the media.

Does Kinney have siblings?

He was born into a family of four children to his parents. Kinney has three siblings namely Ryan Kinney, Adam Kinney, and Trent Kinney.

Kinney attended Lancaster Mennonite School and graduated in 2000. He then joined West Virginia University in Morgantown, West Virginia, where he studied Business Management.

In July 2011, he started dating singer-songwriter Lady Gaga. The duo met in Nebraska while working on the music video for her track ”You and I”, and began dating soon afterward. Kinney and Gaga got engaged in February 2015, which they, unfortunately, called off in July 2016. He is currently not linked to any relationships.

Kinney is currently not married and does not have any children of his own to date.

Kinney an American professional actor and model has been active from 2006 to the present. He has appeared in various films and has garnered a net worth of around $8 million as of 2023.